Detailed information on living in Kocaeli, the advantages, disadvantages and costs of living in the city of Kocaeli, Turkey, and its best housing areas.

Kocaeli is one of the most developed Turkish provinces after Istanbul, Ankara and Izmir. Besides being an attractive natural beauty tourist city, it has one of Turkey's largest industrial cities, bringing together the industrial and tourism sectors simultaneously.

Information on living in Kocaeli, Turkey

Kocaeli is located within the Marmara region. It is bordered by Istanbul and Yalova to the west, the Black Sea to the north, and near Bursa in the south. Sakarya is on the east and has charming views of the Sea of Marmara and the Black Sea, which give the city great joy and beauty.

According to figures released in 2020, this city has a population of about 1 million and 900,000 people and reaches an area of approximately 3.626 km. Being a coastal city of natural beauty, containing beautiful recreational areas and many elements of tourism, such as green landscapes, attractive nature and fresh air, it attracts a large number of tourists every year.

Kocaeli is one of Turkey’s most beautiful cities which promises residents to live alongside by working, investing and enjoying the beauty of nature at the same time. When speaking of Kocaeli, the first thing that comes to mind is the big industrial city, which draws thousands of workers from all over Turkey.

Kocaeli is a favorite place for people who do not prefer living in Istanbul, because of congestion and overpopulation. But at the same time, they can not afford to go away from Istanbul and are more likely to live and invest in Kocaeli near Istanbul.

Advantages of living in Kocaeli

Kocaeli is one of the most attractive Turkish provinces to live among its beautiful neighborhoods, with great economic power among the Turkish states, and the second most developed city after Istanbul in terms of industry.

Kocaeli has many factories and industrial enterprises, many of which are located in the areas of Gebze, Izmit, and the Gulf. It also has the largest paper and rubber factory in Turkey and has the largest shipyard.

Metal goods, car parts, mechanical machinery, and chemicals, together with factories operating in many sectors, especially paper, contribute significantly to the Turkish economy.  Thus, these industrial sectors in Kocaeli create jobs that are one of the most important advantages of this city.

The ease and flexibility of transportation and the diversity of its means from sea and land transport lines are among the most important features of the city of Kocaeli. In addition, its proximity to important cities such as Istanbul, Bursa and Sakarya makes this city attractive for investors and businessmen.

On a touristic level; the remarkable and continuous development of the city every year is an important advantage in addition to other advantages. It is characterized by its natural beauty in the Marmara region, its magnificent beaches and leafy forests, as well as historical artifacts that attract the attention of travelers.

The Kartepe Ski Centre is a frequent destination for thousands of local and foreign tourists in the winter. Masukiye is one of Istanbul's most favorite recreation areas, especially in the summer.

For more details, check the latest offers on apartments for sale in Kocaeli.

Disadvantages of living in Kocaeli

Despite its many advantages, Kocaeli, like other cities, has negative aspects, reflecting the disadvantages of living and housing in it. For example, there are many laboratories, and smoke from their craters, which have contaminated the city, which is one of the downsides of this city.

The city's agricultural poverty also requires imports of crops and food products from other cities, which may be a negative factor affecting the city's high food prices. 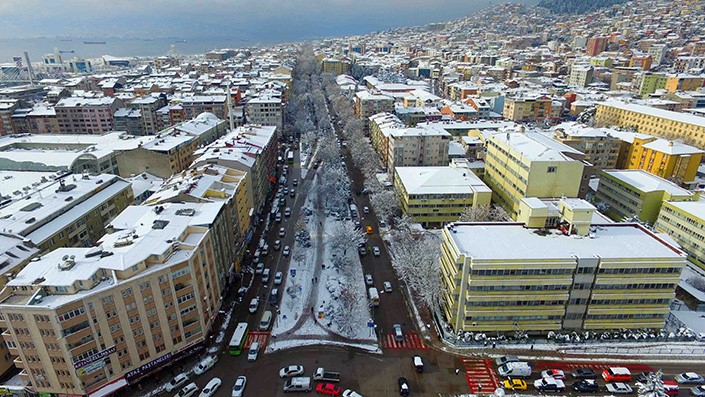 The best housing and living places in Kocaeli

Kocaeli has a mild climate and a nice atmosphere throughout the year, characterized by a range of areas that are considered to be the best living areas in Kocaeli. These areas and their characteristics can be listed as follows:

Izmit is the central area of Kocaeli, a coastal city close to the eastern end of the Gulf. The historic region of Izmet has a distinct geographical location on the Asian-European route in Turkey. The population of Izmit was 342,178, including villages and sub-neighborhoods. In addition, it is known as an industrial city, because there are many industrial sectors in it. It should be noted that Kocaeli Izmit has made serious milestones towards becoming a city of culture, arts and education. 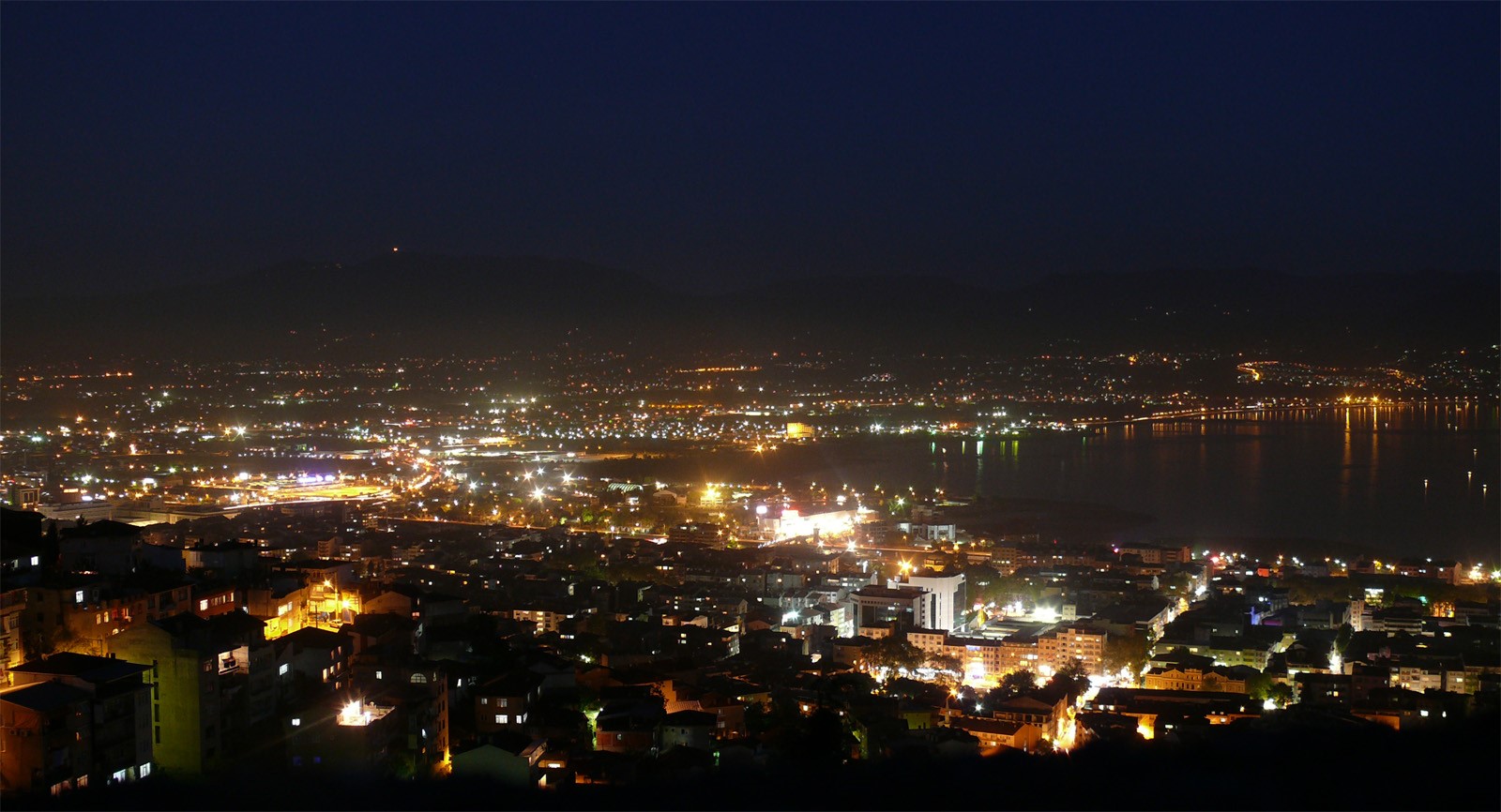 It is located on the road between Izmit and Istanbul, 51 km from Izmit, and administratively belongs to the city of Kocaeli. This region, along with large industrial sectors, includes the Scientific and Technical Research Center (TÜBITAK-MAM) in Turkey.

The population of the Gebze region, which includes the Kocaeli Gebze Institute of Advanced Technology, was 402,926 people. The monuments of the mausoleum of Commander Carthaginian Hannibal, the Museum of the House of the Archeologist Osman Hamdi Bek, the works of Mimar Sinan and the Kuban Mustafa Pasha complex are some of the most important historical monuments and works of Gebze.

The most popular tourist spots to visit in this area are Darka-Biram Oglu which is one of the most important holiday resorts in the region, and there are other parks worth visiting and enjoying the natural beauty of the area such as Baliklar, Bird Paradisa and Temapark. 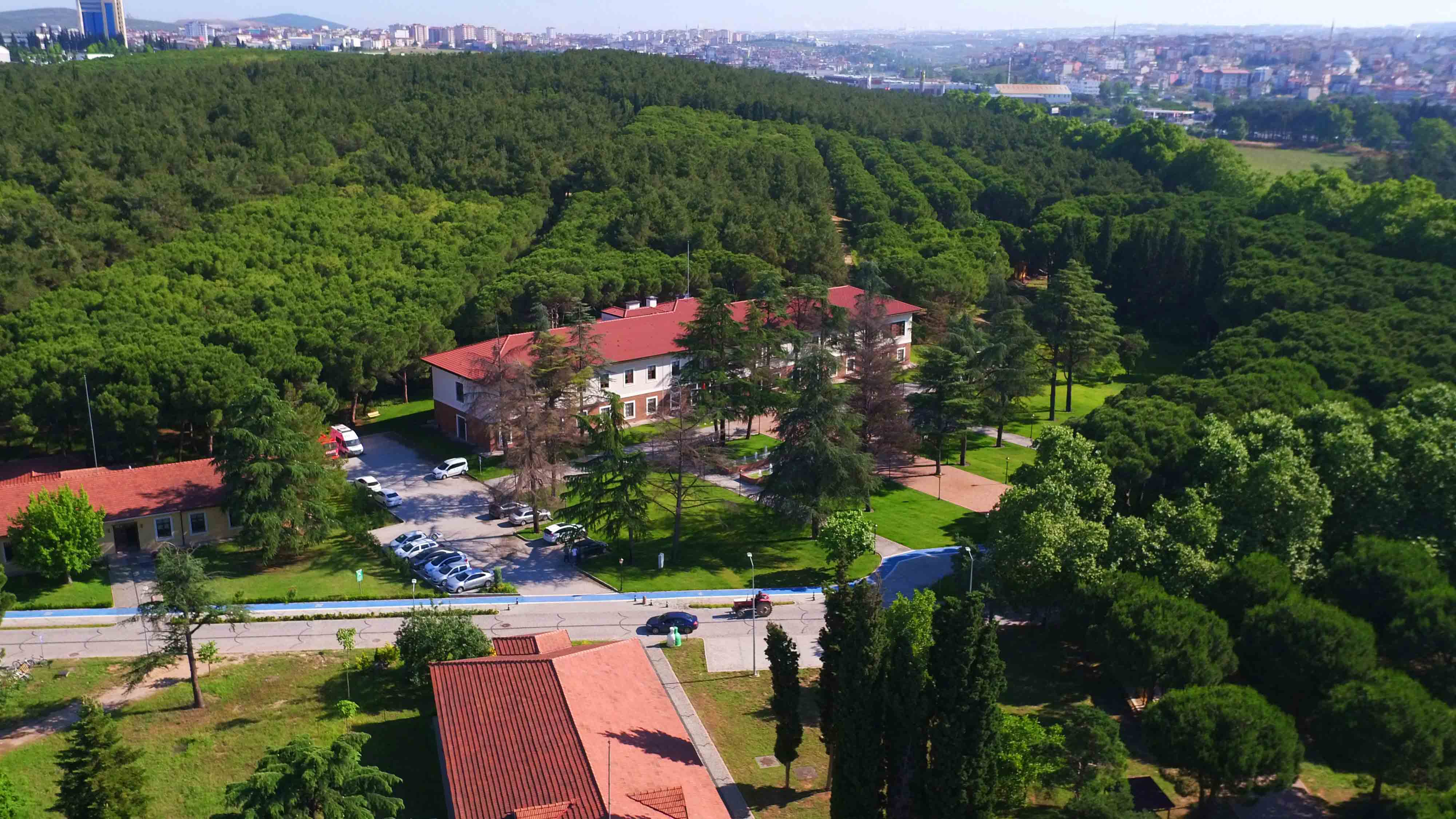 Kandira is located on the Black Sea coast north of the Gulf of Izmit, next to the Black Sea with panoramic views in the north. It is bordered by Kinarka District in Sakarya Province to the east. On the western border, it is connected to the district of Sile in Istanbul, it forms the southern boundary of the city of Kandira, adjacent to the city of Agfa, and villages connected to the center of the city.

Kandira, Kocaeli is located 45 km from Izmit, an area where tourism activities are concentrated in the summer months because of its clean beaches on Babadagi Hill. 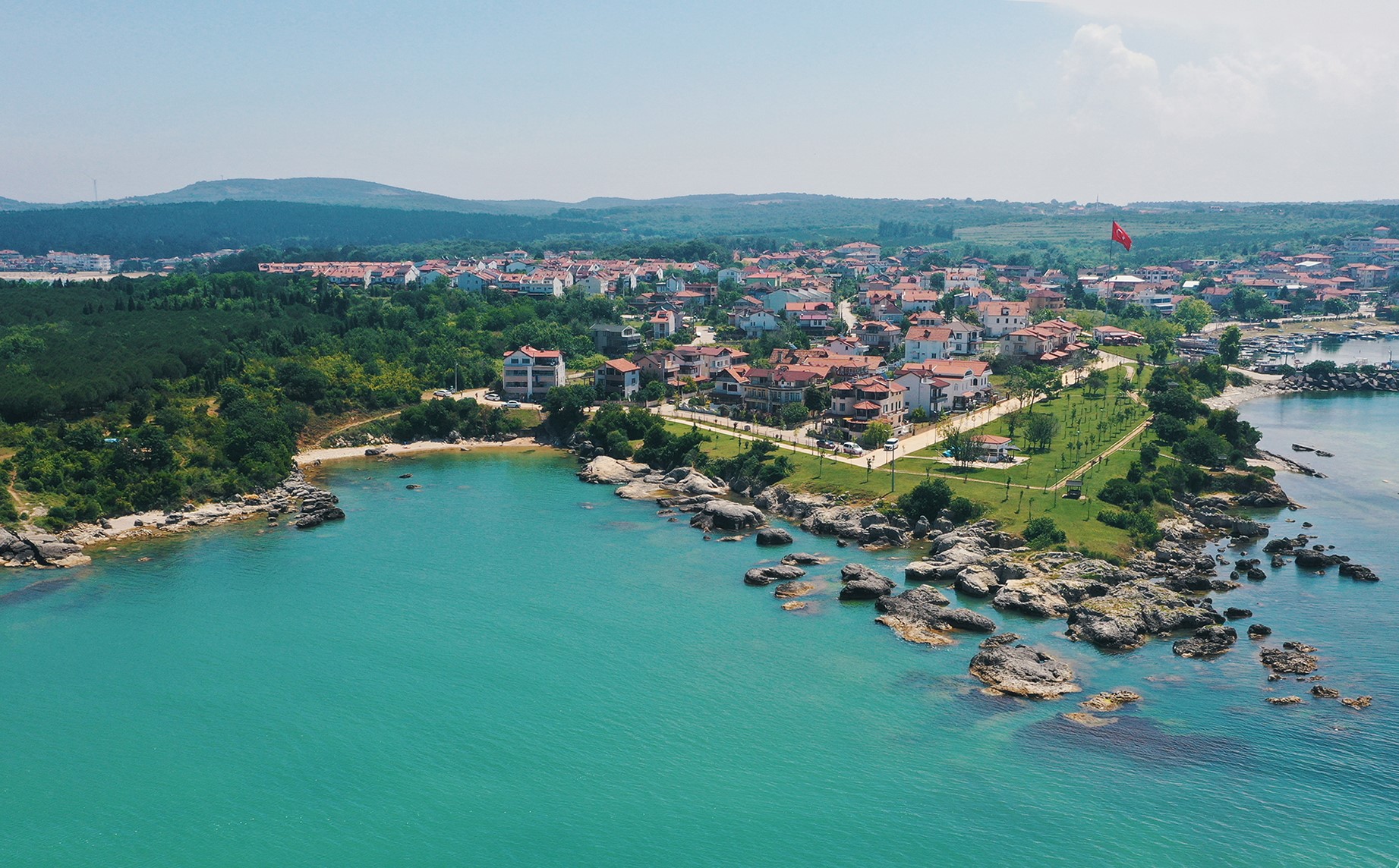 Kartepe is administratively part of the city of Kocaeli, and is approximately 16 km away from the most famous tourist area, with a geographical location between Izmit and Lake Sapanca in the eastern part of Kocaeli province. The distance between Kartepe and Istanbul is only about one hour.

Due to this strategic location and being the third highest point in the Marmara region, it is a major attraction and interest, especially with regard to winter tourism, which opens at the end of December.

If we look at the summer season at Kocaeli Kartepe; during this period, the region is used as a conference center and symposium on one hand. It also becomes more attractive through the practice of some diverse sports, such as golf, camping, horse riding, cycling and trips on the other hand.

In Kartepe, which is covered in dense forest, made up of a mix of chestnut, nut, pine and oak trees, you can hike or roam using transport vehicles between green trees in spring.

Check one of our best offers of ownership in the Kartepe area : Anatolia Forum Project IMT-603. 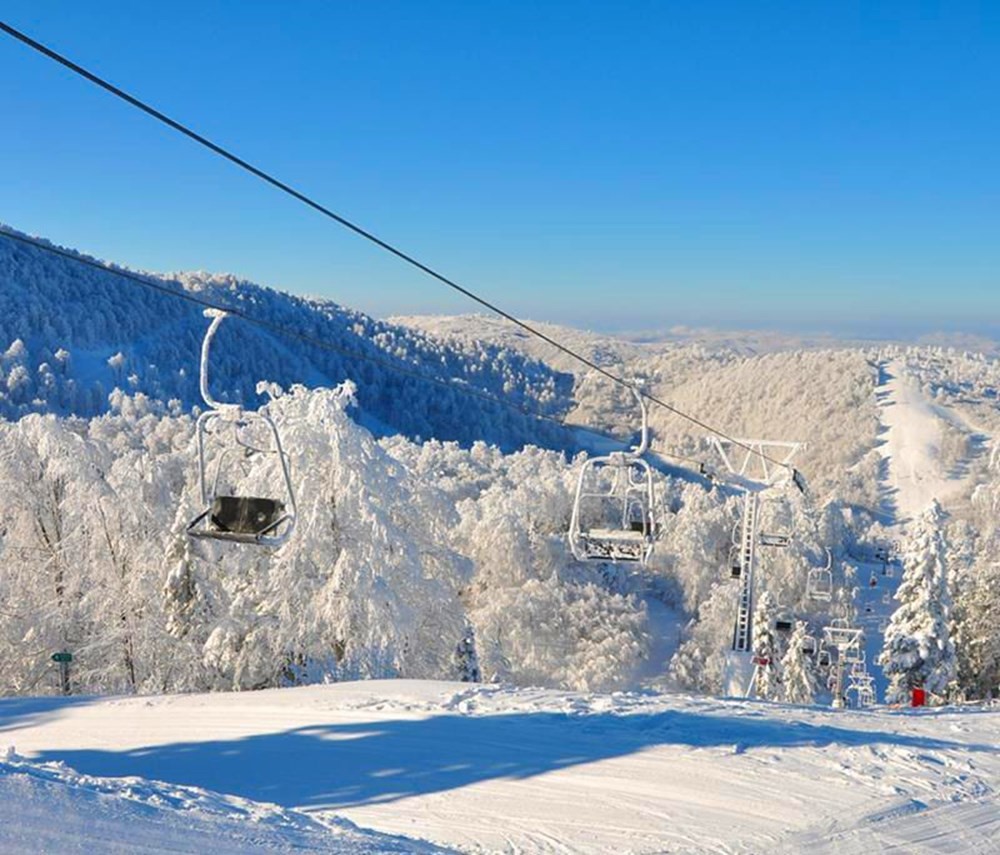 Costs of living in Kocaeli

Kocaeli is a very cheap area in terms of living costs, given its neighbor, Istanbul or Bursa. The actual value of rent paid for houses and apartments is much lower than in other areas. Other expenses paid in this city, such as bills for electricity, water and gas, are few compared to other Turkish states.

Since it contains many industrial sectors and its great economic power provides many jobs, the costs of living in Kocaeli are, therefore, the lowest among other Turkish states.

In the context of the article, you can get more information by reading our article on living in Bursa Turkey.