In conjunction with the renaissance that Turkey has been witnessing in recent years, the Turkish government has sought to preserve the environment of the beautiful natural areas, increase the green areas, and increase the number of areas placed under environmental protection.

Turkey extends over large regions of multiple and different climates and terrains, making it rich in geographical diversity and natural resources.

In this context, the Turkish government has turned the areas that have the most special nature into national parks for citizens and tourists alike, by protecting these areas from all types of pollution and tampering and equipping them with everything that provides the visitor with comfort and let them enjoy the natural views.

Nine of The Most Beautiful National Parks in Turkey

We will provide you a list for the most beautiful parks in Turkey, which has been turned by the Turkish government into national parks, dedicated to receiving people from all over the world, which are equipped with everything that secures the comfort and safety of the tourist in nature:

This park is located in Yozgat province in the heart of the Anatolia region, it extends over a green land surrounded by steppe, in ancient times this region used to be a forest of pine trees, but after the expansion of cities and urbanization towards it; what is left of it has been declared as the first national park in Turkey back in 1958.

This park is considered one of the most famous parks in Turkey, it is characterized by its rich in vegetation and green area and it contains many types of wild animals, it also offers its visitors the opportunity to enjoy the beauty of nature, and it contains areas designated for camping, a lot of restaurants and cafes, and children's playground area. 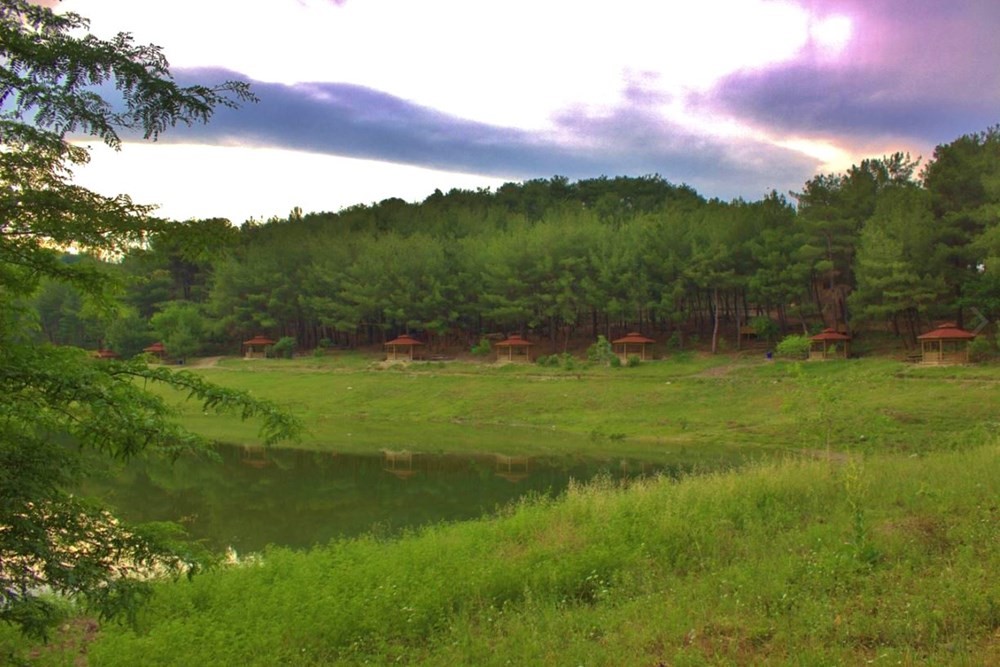 Karatepe park is located in Osmaniye province in the Mediterranean region, it is considered one of the most beautiful parks in Turkey, it is characterized by its rich vegetation that is distributed on the banks of the river and the lake located within the park, giving it a charming green look. In its forests, many wild animals live such as foxes, pigs, rabbits, deer, and jackals, and many types of birds such as Partridge and Dilem.

In addition to its amazing nature, this park contains some of the most important monuments found in Turkey dating back to the eighth century BC, and they are located in the first open-air museum to be opened in Turkey. 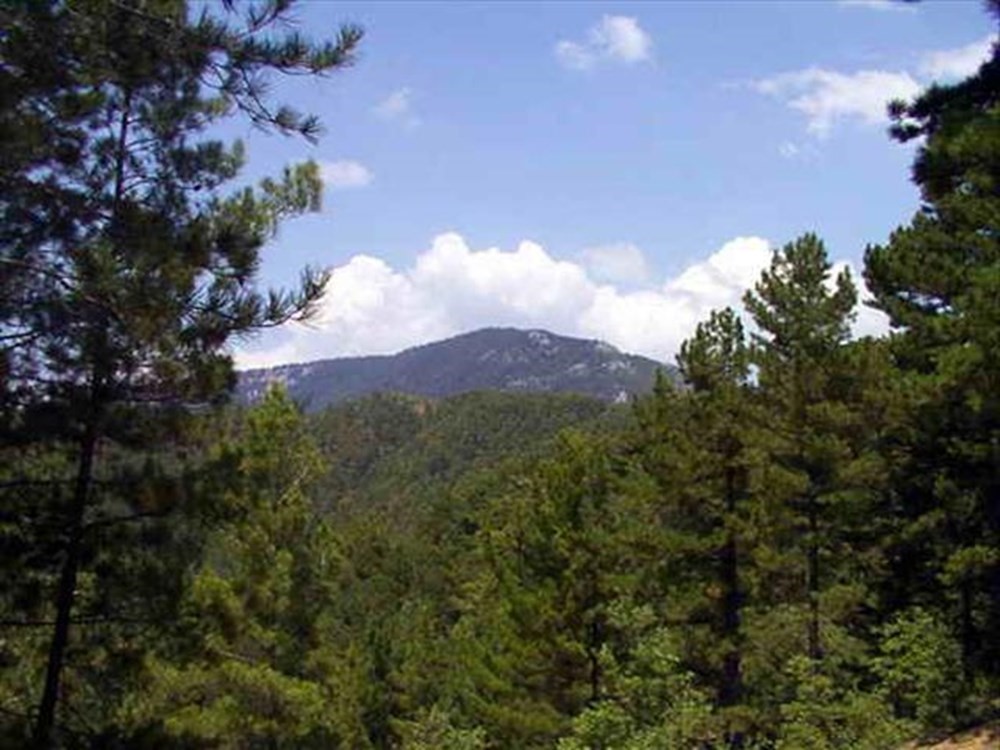 Soguksu National Park is one of the best parks in Turkey, it includes 160 different types of birds the most important of which is the Black Eagle, which is placed under global protection and used as a symbol of the region.

This park is located in Kızılcahamam area, 80 km away from the Turkish capital, Ankara. It is characterized by the needle-leaves pine trees, and this park extends to 4 different biological ecosystems.

The geological nature of this region is characterized by the abundance of cold and hot springs, it is one of the most prominent landmarks of tourism in Turkey, and one of the beautiful tourist destinations that give its visitors the opportunity to do many activities including walking and hiking in the most beautiful scenery for long distances, and enjoying seeing bird species, camping, swimming in warm water, and climbing mountains. 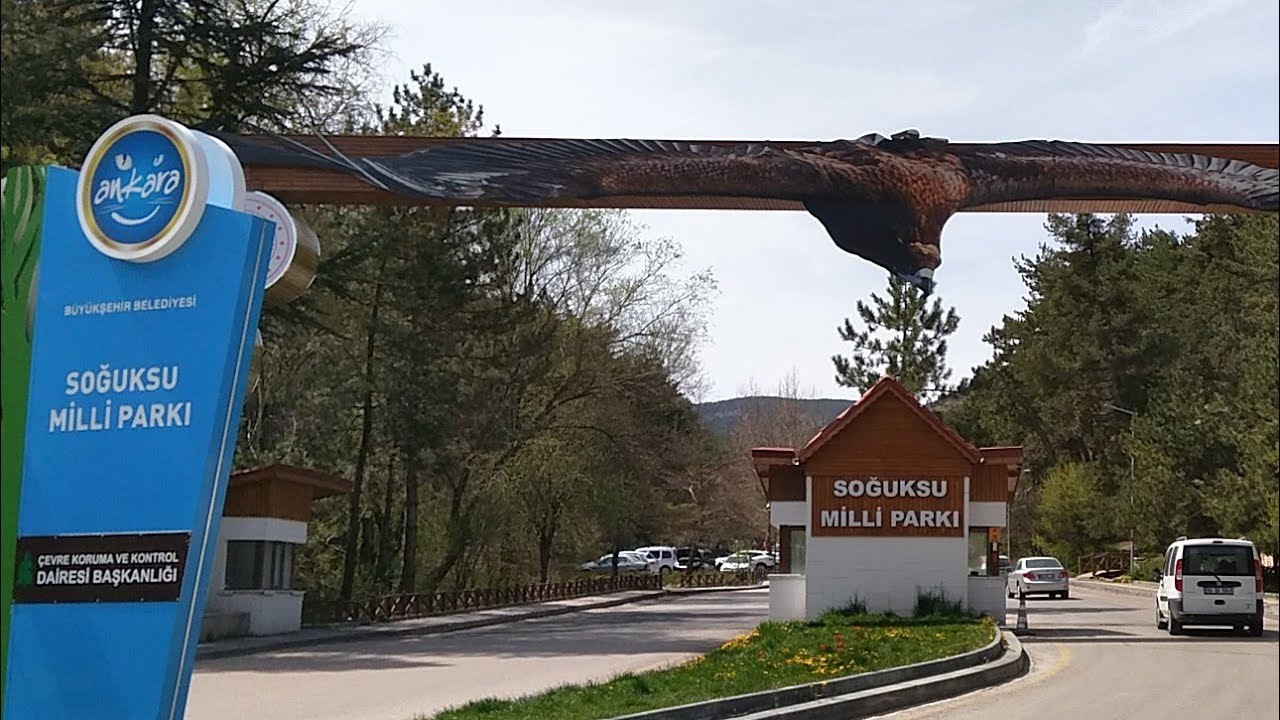 This park is located in Balikesir city and expands over an area of about 170 km² in the Marmara Sea region. What makes this park so special is the fact that it constitutes a point in which the paths of migrant birds from Anatolia to Europe meet, it also contains the Manyas Kos Lake, in which the water level during seasons of the year varies providing food for birds and other creatures, thus, forms a vital environment that includes 266 species of birds. 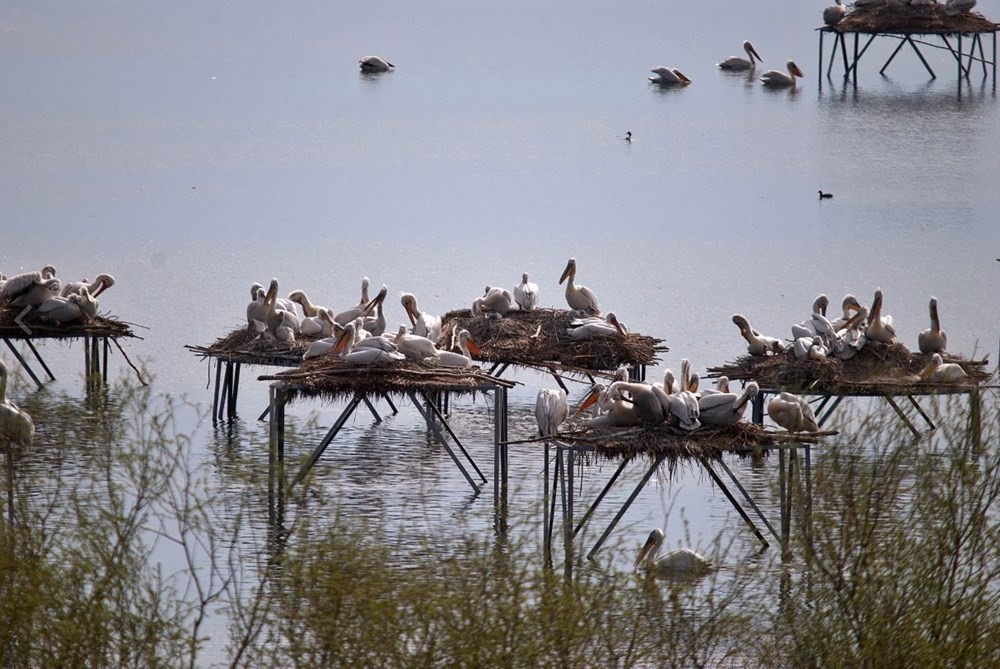 This park extends on an area of 130 km² in Bursa province, and it includes the 2543 meters-high Uludag Mountain. It is a park rich in coniferous forests and offers its visitors the opportunity to hike, camp, and climb mountains in the summer and spring, and in the winter, it turns into one of the most important centers in Turkey for winter sports for almost 4 months. 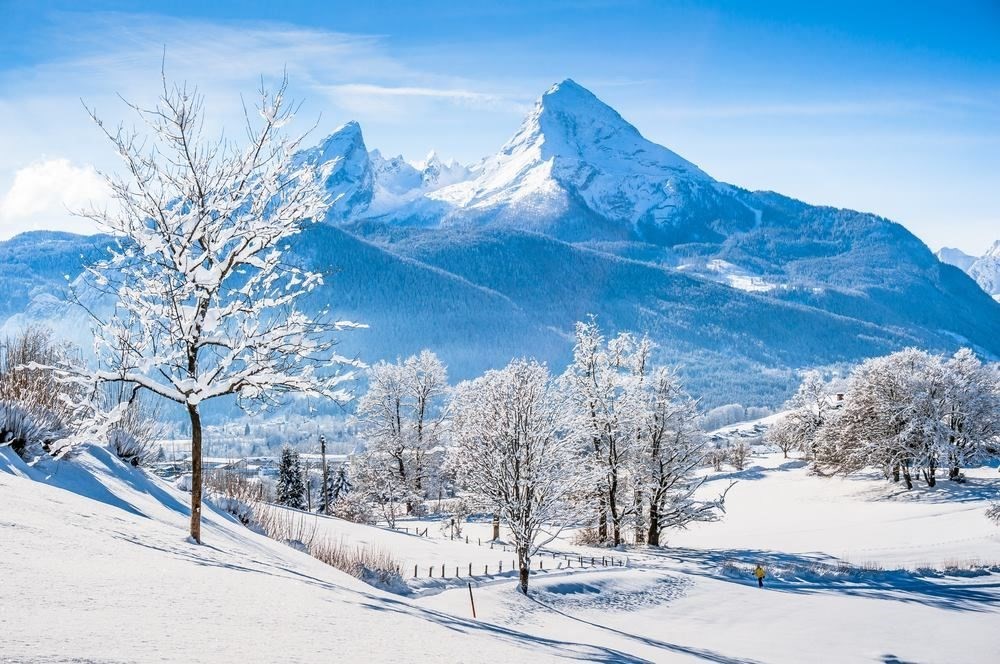 One of the most national parks that deserve to be visited is the Yedigoller Park, which means the Seven Lakes, it is located in the north of Polo and in the south of Zonguldak city in the western Mediterranean region. It stretches over an area full of evergreen trees and contains seven lakes formed by rockslides and the gather of water. Each of these lakes provides a charming natural scene offering visitors of the region a great opportunity to enjoy the unlimited beauty of nature and its vibrant colors. 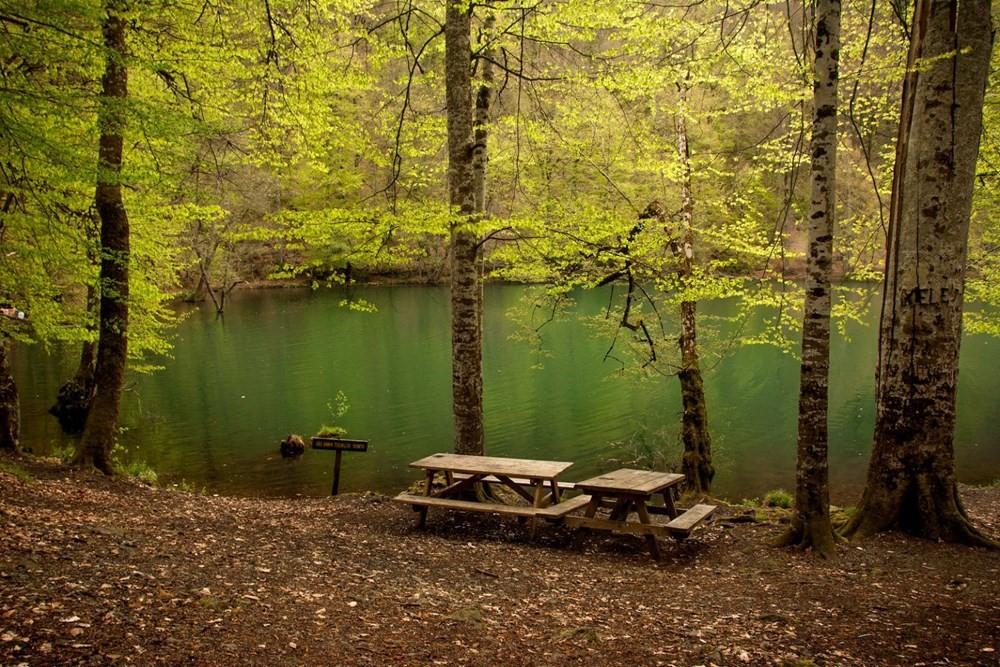 On an area of 275 km², this park is located in Aydin province in the Aegean Sea region, and it is one of the best examples of the Mediterranean vegetation which covers a large part of it, the park also contains in its northern parts vegetation that belongs to the Black Sea region climate. 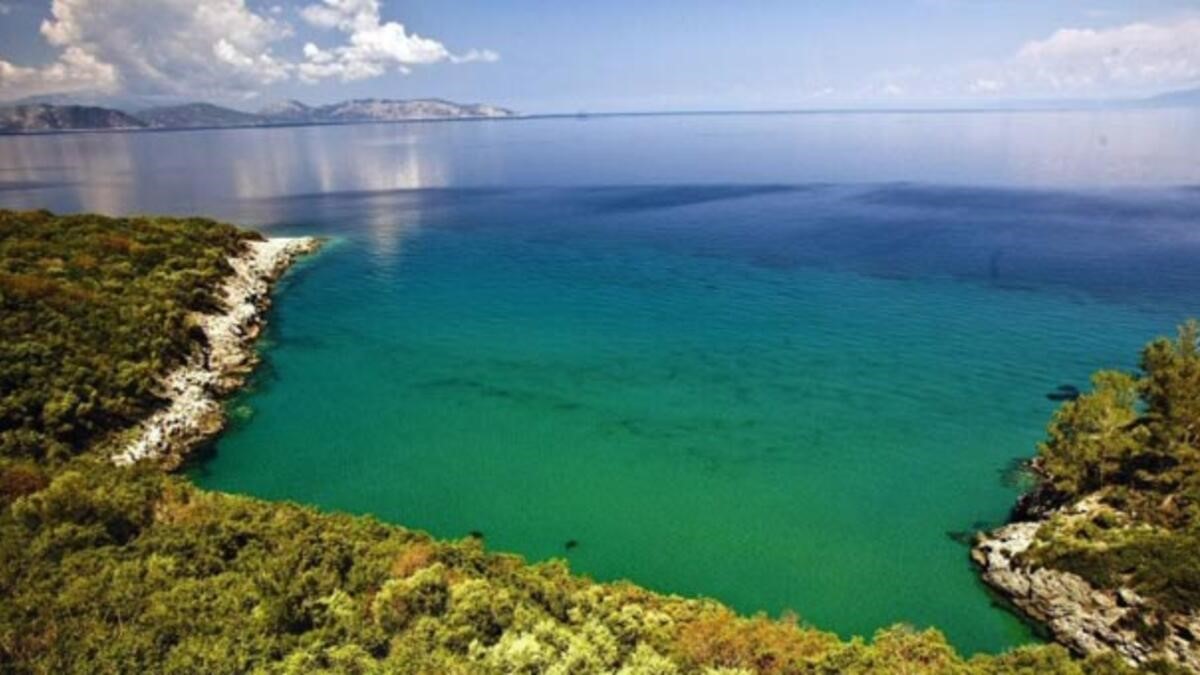 This park occupies a wonderful geographical location in the Aegean sea region in the Manisa province, which is known as one of the historical centers dating back to the oldest of ages in Turkey

The most important characteristic of this park is the geological richness of its topography, the diversity of soils in its lands, its diverse vegetation, and its great biological and animal diversity, where it has many areas designated for hiking and camping for those who wish to do so of its visitors. 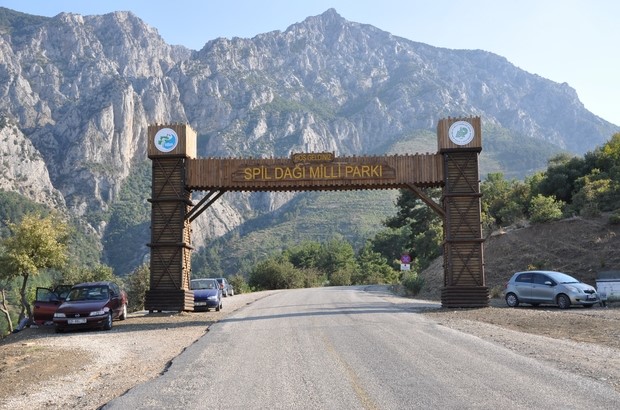 Kizildag National Park is located in Isparta province in the Mediterranean region, it extends over an area of 551 km². The Kizildag Park (The Red Mountain) is one of the tourist areas famous for its amazing nature, which abounds in water sources such as springs and lakes.

Kizildag Park is one of the most wonderful parks in Turkey, it is characterized by the abundance of Sidr trees in it and due to the purity of air in this region, it is considered a destination for those suffering from respiratory diseases such as asthma and allergies. 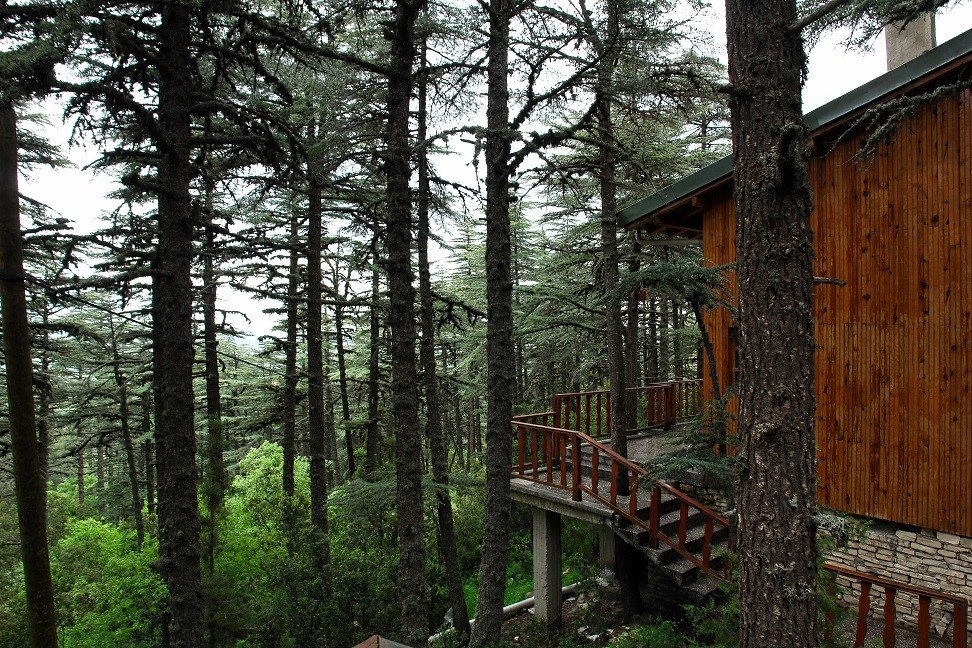