All you need to know about Nisantasi Area in Istanbul

The formation of Nisantasi quarter of Sisily district is among the most well known attractions in istanbul. Forming a district that is the home od the elite and noble residents of the city.

All you need to know about Nisantasi Area in Istanbul

Information about Nisantasi Area in Istanbul

Ottoman dynasty spreads across centuries and during their reign their capital moved from Bursa to Edirne and then to Istanbul. Every Sultan desired to make his capital city a hall of fame and landmarks. This is what Sultan Abdul Mecid did when he took control of the empire. He made Istanbul one of the most accomplished and decorated cities of the world. The formation of Nişantaşı quarter of Sicily district is among his accomplishments as well. Forming a district that is filled with the elite and noble people of the city was the desire that Abdul Mecid fulfilled.

As the name of the district means, “erected stones”, Sultan Abdul Mecid took two stones and erected them. He labeled them as the hallmark for the starting and finishing off the district. The stones mark the archery range record of the Ottoman sultans. All this happened in the 19th century. The Sultan ordered to build Neo-classical Teşvikiye police stations and mosques. They are a great tourist attraction nowadays as well. Following the Balkan war in 1912-13, the district became a residence for several smaller communities as well including the Armenians, Jewish, and Greek. Istanbul University has its faculty in this area along with many high schools and primary schools as well.

Where is Nisantasi Area Located in Istanbul?

It is a quarter present in the Sicily district and is on the European side of Istanbul. The district is loaded with shopping centers, clubs, pubs, cafes, restaurants, and designer outlets. Abdi Ipekci Street is the road to this heaven. The houses for sale in Turkey’s district are demanding skyrocketing prices.

Talking about Turkey’s real estate, one thing is for sure that Istanbul’s expensive property is due to the presence of this shopping hub as well. People are prone to live in these colorful and lively neighborhoods. 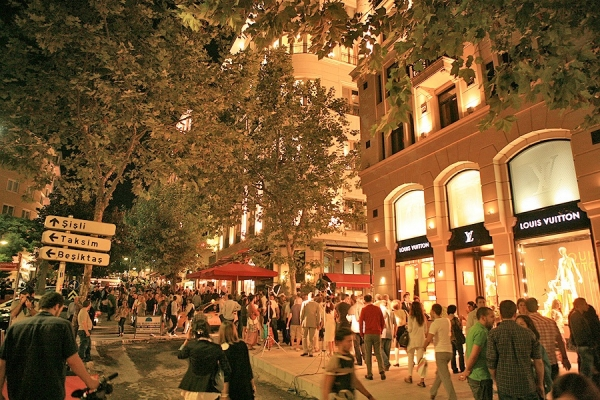 When we talk about Istanbul as a center of culture and entertainment, we talk about every aspect of it whether it is food, movies, shopping or tourism. This district is the heart of Istanbul because of the shopping and entertainment aspects. In the past, it was the residence of the elite class of the Ottoman Empire. Up till now, it is still the residence of biggest foreign communities in Istanbul along with Taksim and Cihangir. The district holds several prestigious people including a noble laureate as a local resident. It is basically a shopping hub for the elite. The environment here is liberal and secular as well.

The city has turned into a prominent and lavishing shopping hub. The shopping hub’s project named “City” has been an A class project that has taken a prominent and distinguishable position in the industry of Istanbul. It came upon the eyes of several investors and they invested abundantly as well, making the investments to the reaches of USD 125,000,000. Being a heart of the shopping district, City has provided the visitors with the kind of shopping that is going to mesmerize them for the rest of their lives. 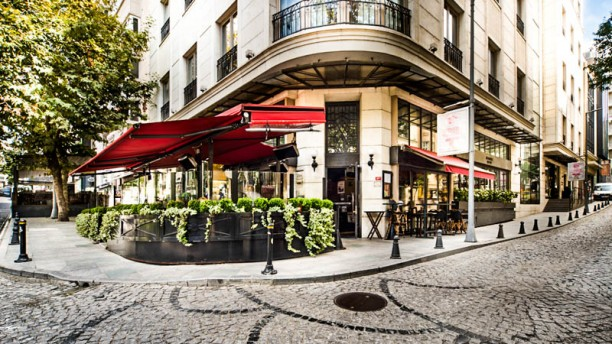 The Luxuorious Restaurants in Nisantasi

The city is a hub for food and drinks as well. The market has superstores from all the global and regional brands making a total of 1000+ stores along with the cinemas. The shopping hub has all the restaurants from the Mexican and Asian cuisines as well making sure that you get the best Mexican platters and Thai curries in the cozy and lavishing environment. There are a variety of restaurants offering Sushi dishes as well. So you will not feel away from home due to the food and drink offered in this district of Istanbul. The Istanbul real estate has reached skyrocketing prices in the areas of Taksim, Nişantaşı quarter and Sultan Mehmet Square.

FAQ about Nisantasi Area of Istanbul

Nişantaşı is almost a square-shaped area, one of Istanbul’s most attractive regions, located in the European side of Istanbul, in Şişli. It is about 3 km away from Taksim, a 10-minute distance by car.

It is one of Istanbul’s most high-class historic districts. It has a wide variety of restaurants, museums, cinemas, shopping malls, and tourist monuments; in fact, it is Istanbul’s lively heart. It was a destination for accommodation for dignitaries during the Ottoman Empire. It is still a destination for the wealthiest foreign communities nowadays.

It is one of the rapidly developing universities in Istanbul; it is almost one of the best 5.000 universities worldwide. It ranked 5685 in 2020 after few years of foundation.

It is one of Istanbul’s most luxurious residential regions, having many luxury residential apartments for a pleasant lifestyle, surrounded by all featured services.

It is administratively under Şişli’s municipality on the European side of Istanbul.