Selimiye Mosque in Edirne: An Exquisite Masterpiece of the Most Beautiful Ruins of the Ottoman Era in Turkey

The Mosque of Selimiye is considered one of the most important historical mosques and original architectural artifacts in Turkey...

Selimiye Mosque in Edirne: An Exquisite Masterpiece of the Most Beautiful Ruins of the Ottoman Era in Turkey

When was the Selimiye Mosque built in Edirne?

The center of the Selimiye Mosque is the heart of the city of Edirne, the first capital to be taken for the Ottoman caliphate, where all visitors can see the mosque from its four sides.
The mosque is located at a height of 30 meters and an area of about 1,600 m 2. This religious edifice was built in the sixteenth century. The mosque is a model of the famous architect Sinan Agha, known as Mimar Sinan, one of the greatest architects of the Ottoman Empire.
The mosque was established by order of Sultan Selim II, who succeeded his father Sultan Sulaiman al-Qanuni as ruler of the Ottoman Empire. 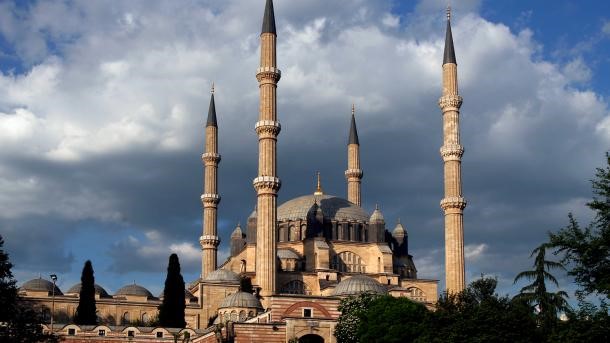 The mosque is divided into three main sections: two yards and the sanctuary of the Mosque, in addition to a small cemetery for a number of scientists and state employees at the time.
The giant dome is built on eight pillars, 43 meters high, and is a miracle in architecture, it is also said that the architect Sinan designed it as a counterpart to the dome of the church of Hagia Sophia!
On the middle of the place is a small balcony, where the Muezzins use to sing the adhaan, and the walls of the mosque are decorated with paintings from the various eras of the state. 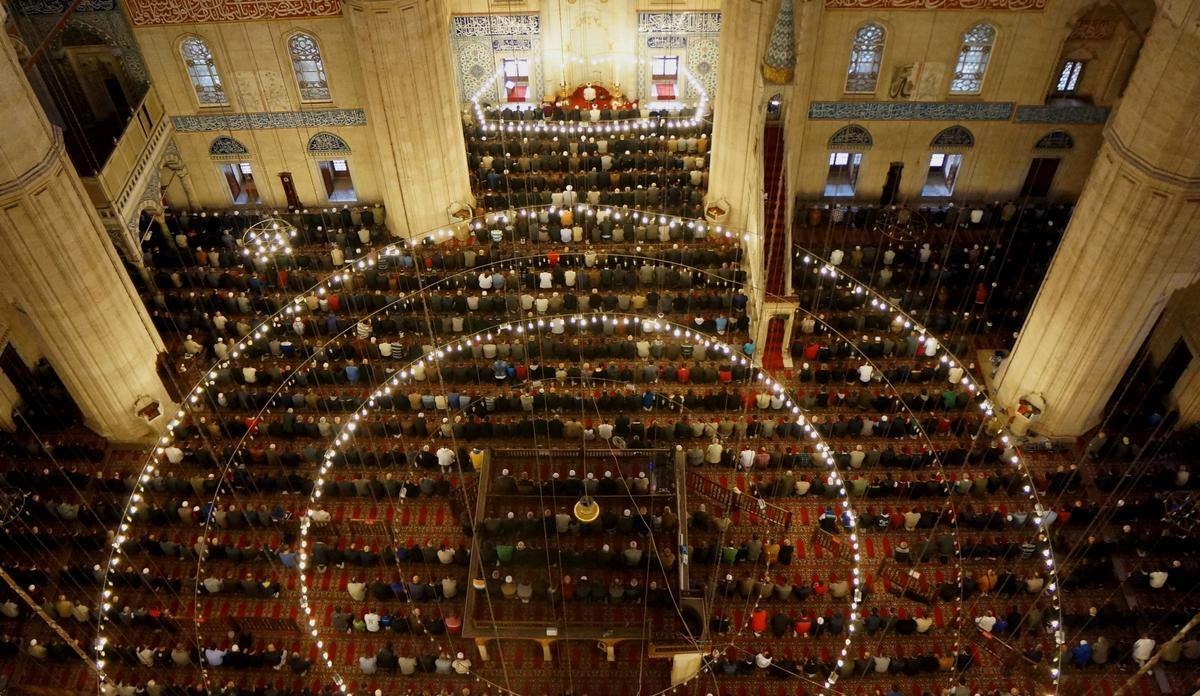 Some consider the Selimiye Mosque one of the most beautiful landmarks in Turkey, thanks to its artistic excellence, as well as the high aesthetic dimensions that have always impressed its visitors with its majestic appearance.
The construction of the mosque began in 1568 and continued until 1575, despite the massive mobilization of powers, in which 15 thousand workers and craftsmen were allocated for this purpose.

Selimiye Mosque: Architectural and artistic masterpiece in the city of Edirne

From far away, one of Turkey's landmarks is visible. It is the mosque of Selimiye the magnificent, which draws your attention to its original architecture, and when you enter its inner sanctuary, you will be enchanted by the splendor of its construction and unique designs.
Its dome is one of the artistic creation of architect Sinan Agha, whose design is professionally designed, in addition, the mosque can accommodate six thousand worshipers.
Its unique minarets are tall and glittering and are situated on the four corners of the mosque. Each one has three small balconies spread at the beginning, middle and upper. 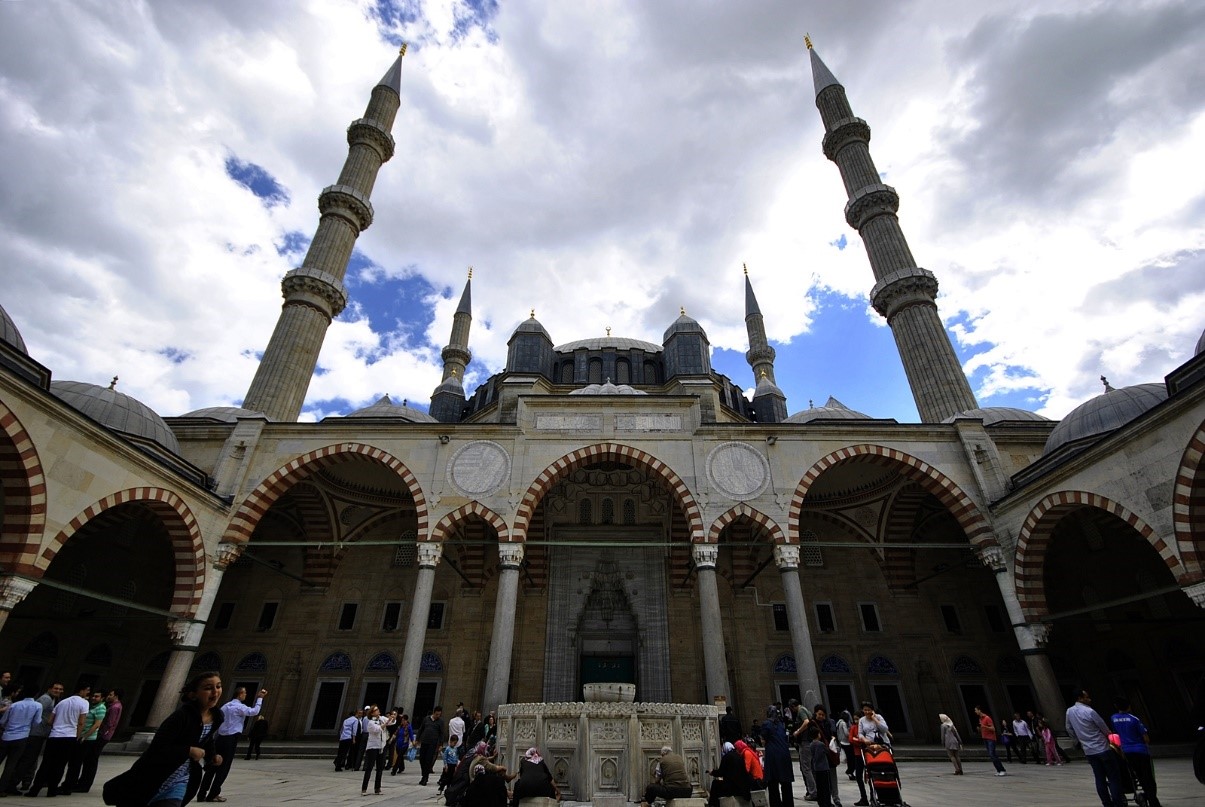 Sinan Agha considered this mosque to be the most important architectural work he has ever designed, despite the impressive architectural splendor he designed during his career.
According to the experts of architecture, the mosque is one of the greatest of what was built in that era. Stones, marble, wood, shells and ceramics, all used in the interior design, are the best witness to the artistic beauty of the inner lobby of the mosque.
The decorations of the dome, arches, library and educational center are also considered the best example of this fine art.
The Mosque of Selimiye and its complex remain an example of the greatness, art and creative genius created by man. It was listed in 2011 on the UNESCO World Heritage List.
In addition to being an architectural masterpiece of great historical significance, it is also a tourist destination frequented by visitors stand on one of the most famous monuments of the history of this land, and the most impressive architectural artifacts that were built during the Ottoman Caliphate. 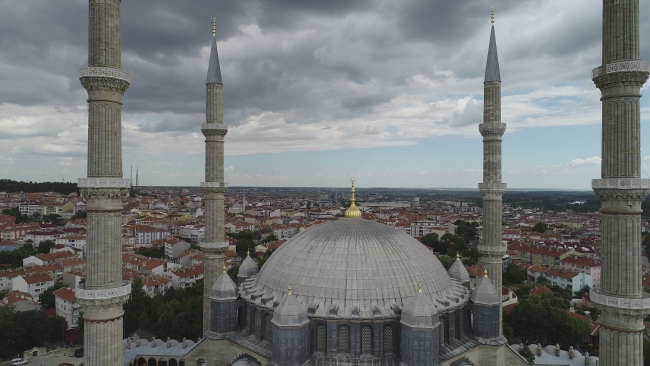 If you were fortunate enough to visit the Selimiye Mosque in Edirne, and your trip in July, do not miss the oil-wrestling festival, which has been practiced for more than six centuries.
The sport is one of the toughest sports. Wrestlers wear tight buffalo strings weighing 13 kilograms and paint their bodies with olive oil, making it difficult to grab the opponent and put it on the ground. The sport is over 650 years old.
It is also recommended to visit the health museums, Turkish Islamic works, the Balkan War, taste the liver dish cooked in the pan, the almond paste dish, and buying the wonderful soap and white cheese.