Transportation in Ankara, Turkey: its types and the most important features

A detailed guide to learning about transportation in Ankara, Turkey in terms of types (private or public) and quality, whether it covers the entire city, and the way it affects the investment value of the city

Transportation in Ankara, Turkey: its types and the most important features

The most popular means of transportation in Ankara

Following the steps of the country's tourist metropolis, Istanbul, transportation in Ankara has taken a prominent place among other Turkish cities, combining the elements of quality, and modernity of the most important points of life in the country's political capital.

In this article, we talk about transportation in Ankara, Turkey, and the points that revolve in the minds of those interested in living, investing, or passing through this important Turkish city.

The railway network of the General Directorate of EGO, which is affiliated with the Ankara Municipality, organizes the metro lines in the city and is responsible for providing public transportation services in the Turkish capital, Ankara.

Ankara is still waiting for the birth of the Keçiören metro line which is still under construction, as well as the planned metro line between Esenboğa Airport and Kızılay.

For more details, here are the Ankara metro lines:

Ankara's first light rail system was completed on April 7, 1992 to meet the urgent need to provide rapid transportation in the city, and the (Ankara) line entered service on August 30, 1996 on the Dikimevi AŞTİ road, and we are talking here about the transportation map in Ankara on the Ankara line:

Ankara Municipality started the construction work of the M2 metro line on Kizilay-Kuru Road on September 27, 2002, then the Ministry of Transport, Maritime Affairs and Communications of Turkey took the order to complete its construction and become operational on March 13, 2014.

Ankara Municipality started the construction work of the Batıkent - OSB-Törekent metro line on February 19, 2001, and then the Ministry of Transport, Maritime Affairs and Communications of Turkey took the order to complete its construction and become operational on February 12, 2014.

It is the fifth metro in Ankara, which is planned to be built between Kizilay and Esenboga Airport, and its construction is scheduled to be implemented by the Ministry of Transport, Maritime Affairs, and Communications of the Republic of Turkey.

The total length of this line is 25,366 km, the average distance between stations is 1,708 km, and the line is planned to consist of 15 stations:

The Yenimahalle- Şentepe cable car line provides air transport via a metal wire between the two regions, with 106 cabins, with 4 stops at the same time, with a capacity of 2,400 people per hour in one direction.

The aforementioned line started its movement on 16/06/2014, as the length of the rope transport system is 3,257 meters.

The cable car system, which works in conjunction with the metro lines and is connected to them, helps to provide smooth movement and movement while providing sufficient facilities for its easy use by people with special needs, the elderly, and children.

The cable car fare is determined by the type of transportation card that the passenger holds (personal or student), which we explain in the following paragraph about the cost of riding public buses. 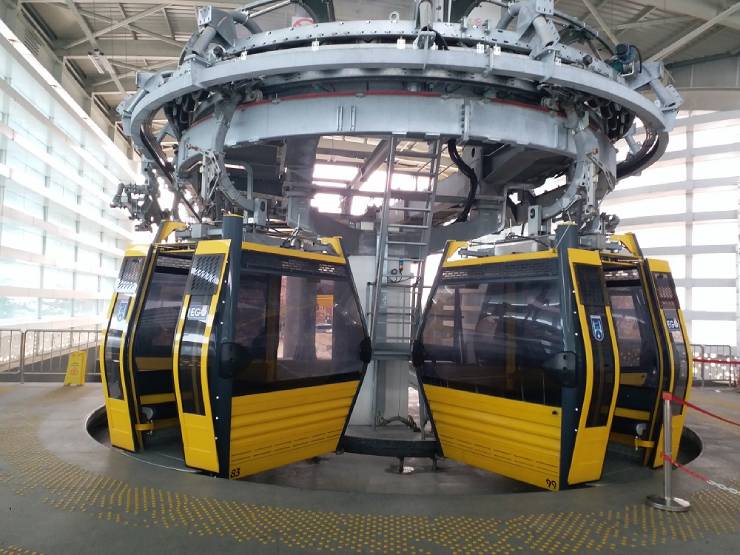 The Public Transport and Transportation Company in Ankara, Turkey, covers most of the capital's areas with dozens of land transport lines via its buses that are distributed throughout the city to its nearby countryside.

The fare for public transport buses is paid via an electronic card that is pre-filled via a phone application or through one of the designated outlets, with allocating types of cards for students with a reduced riding fare.

Public transport lines in Ankara consist of about 300 lines, served by about 1,800 government buses and more than 700 private buses, departing from more than 40 departure points.

The riding fares for public buses within the city at the date of writing the article range between 6.5 and 7.5 TL, while school and university students receive reduced-cost cards, and teachers receive a reduction of up to 4.25 TL.

You can check the updates of fees, which remain in the circle of the possibility of modification, by visiting the official page dedicated to this matter.

Dolmuş is considered one of the vital means of transportation in most Turkish cities, due to its ease of movement between alleys and streets, and its medium size between large buses and small cars, where vehicles run according to transport lines specified by the municipality.

The fare inside the Dolmuş when riding is paid in cash, and the fare varies according to the number of parking spots that a person wants to ride in, and ride discounts include students of all kinds.

Like other cities around the world, the taxi service provides smooth movement between parts of the same city, and determining the ride fare is related to what is recorded by the meter installed inside the car.

The private taxis in Ankara are distinguished by their yellow color, like other Turkish cities, and a lantern above them bearing the (TAXI) sign, and they can be taken from anywhere in the city with ease, or through the use of a dedicated phone application.

There are also private scarlet taxis, which are distinguished by their modernity, and their association with electronic reservation programs.

Taxi rides are usually subject to many adjustments, depending on the increase in fuel prices and the change in the currency exchange rate. At the date of writing this article, these fees amounted to (7.5 TL to open the meter + 6 TL for every kilometer, With a minimum taxi ride set at 25 TL) knowing that these fares are adjustable from time to time. 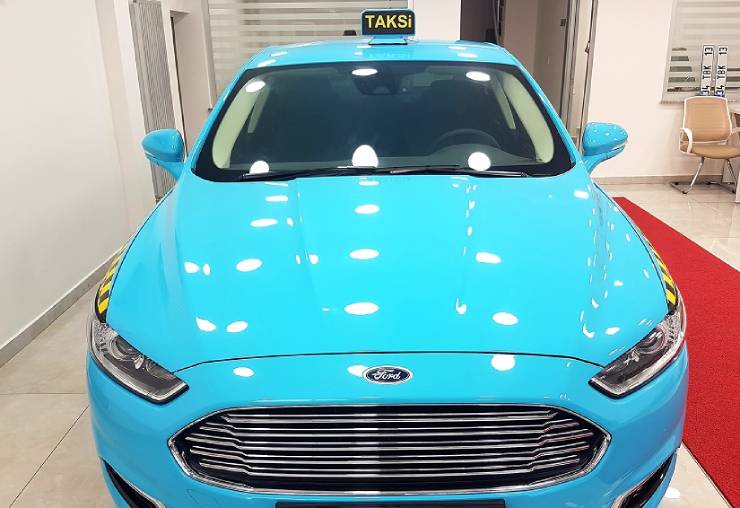 The quality and advantages of the transportation network in Ankara

Compared to other Turkish cities, Ankara has a modern transportation system; indeed, it is rapidly evolving, which will be evident to the visitor of the city when visiting it, as well as the diversity that we explained earlier in the previous lines and we will mention it in the following lines.

Does the transportation network in Ankara cover the whole city?

Ankara Municipality has paid attention to covering most of the city's neighborhoods with a network of public transportation of all kinds, between metros, regular buses, or min buses known as (Dolmuş), all within organized and time-controlled transportation lines.

There is no value for any investment without contact with the surrounding world. Trade is dependent on the crowds, and restaurants are dependent on customers looking to satisfy their needs for food, as is the case in all other aspects of life.

Perhaps one of the most important features of Ankara is the solidarity of transportation means to achieve the goal of the close interconnection between the capital’s many parts and its many neighborhoods, which constituted and constitutes a distinguishing point in the success of any investment aspect.

In any part of the world, the property may lose a lot of its value unless it gets an adequate amount of the various services necessary to communicate with others.

As is the case in Ankara, the proximity of the property to the center or to the vital areas of the city is one of the factors in increasing its price and competitive demand for its area.

No doubt that the property near a metro station, which is located within meters of it, has a great advantage over other properties located at a further distance or within remote places that lack the advantage of quick movement between parts of the city, no matter how far the property competes with the first property in the features of the property itself.

The Bulvar Ankara project is located in the Mehmet Akif Ersoy neighborhood in Yenimahalle, which is one of the most beautiful residential areas with beautiful nature near the center of the capital, Ankara.

On foot and within walking distance of the means of transportation, you can reach schools, hospitals, markets, shopping malls, popular bazaars, public parks, mosques, and recreational facilities spread in the area. The project is only 150 meters away from the bus stop, and 600 meters from the metro station.

The project is distinguished by its luxurious design, as it consists of a huge tower overlooking the surrounding green spaces.

The apartment in the project range between 1+1 and 2+1, with American kitchens, high-quality finishes, sound and heat insulation, high-quality parquet floors in the rooms, and first-class ceramics in bathrooms, kitchens, and balconies.

Plenty of important real estate projects and opportunities in Ankara can be found by visiting the Imtilak Real Estate website or communicating with one of our real estate representatives and consultants.