Find out about the Golbasi region, its living features and the most famous tourist destinations of beautiful and picturesque nature. Learn also about the advantages of owning, living and investing in Golbasi in Ankara.

Ankara has many vibrant and touristic areas, and witnessing interest from the municipality and investors in areas with growth and economic prosperity. Perhaps one of those important areas is Golbasi, which will be the focus of our detailed article.

An Overview of Golbasi in Ankara

The area consists of 54 neighbourhoods, and Golbasi is located to the west of Ankara, about 20 km away. It has a population of about 150,000 and an area of 738 km2. It is an ancient historical city, dating back to the pre-Persian and Roman periods. It has been known by its current name since 1923.

The region's weather is cold and rainy in winter with an average rainfall of up to 400 mm, dry and hot in summer, and with a total of 2 seasons with an average temperature of 11°C.

Its name came from the lakes in which they are located, with the two most famous lakes in the region (Eymir and Mogan). Vegetation is abundant in the region, plants are numerous to nearly 500 species, trees are scattered everywhere, and forests give rare environmental diversity and clean air.

Golbasi is located on the western side of Ankara, bordered to the east by the Bala region, to the west (Yeni Mahalle), to the north (Cankaya) and the south by the Haymana region.

What Stands out for Golbasi in Ankara?

The region has a strategic geographical location near the capital, featuring natural areas and pure lakes, trees spread over large areas, and many plants. Its ancient archaeological areas are also a major attraction for tourists from around the world. 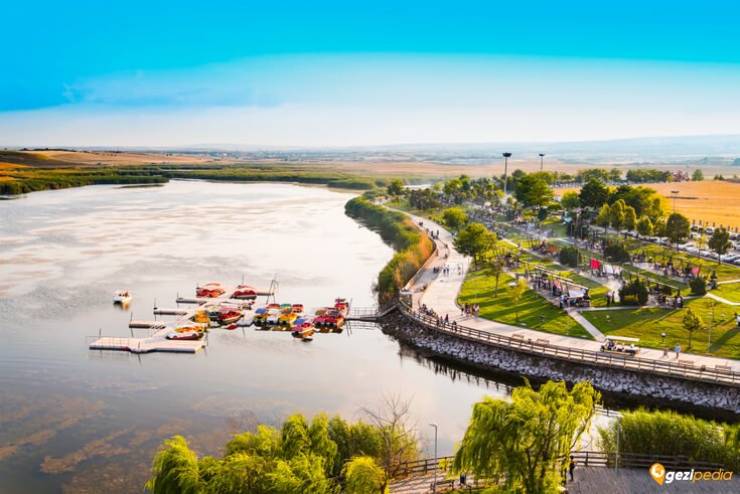 Advantages of Living and Owning in Golbasi in Ankara

Owning an apartment in the Golbasi area means choosing a dynamic, carefully organized place, very close to the capital and the airport, about 33 km away, with a spacious and sophisticated infrastructure, surrounded by charming nature, amazing gardens, and a thriving investment horizon.

Infrastructure in Golbasi in Ankara

The region has a vast infrastructure, spreading across its neighbourhoods, developed to keep pace with the era of modernity and progress, and to be suitable for the investment projects in which it grows, as shown in:

The neighbourhoods of the ancient Golbasi region have a modern and robust network of roads and transportation, through which the vital international D750 road connecting the region's neighbourhoods, passes through several major and secondary roads stretching through other states south of Ankara, such as Konya, Kahramanmaras, and Mersin.

The D200, which runs north of the region and continues eastward, reaches important states in the southeast such as Kayseri, Malatya, Elazig, and others.

The most located in the capital Ankara in terms of university pooling is Golbasi. There are four universities, including the two most important universities in the region: Ankara International University, and Gazi University with their many branches and departments

The Ministry of Health's interest in the region is evident through the establishment of hospitals and health centres there. There are Golbasi Hospital, as well as other private hospitals, such as Incek Hospital, Losante Hospital and Golbasi Centre for oral medicine and dental surgery. Not to mention, there are family health centres scattered in each of the neighbourhoods of the area. 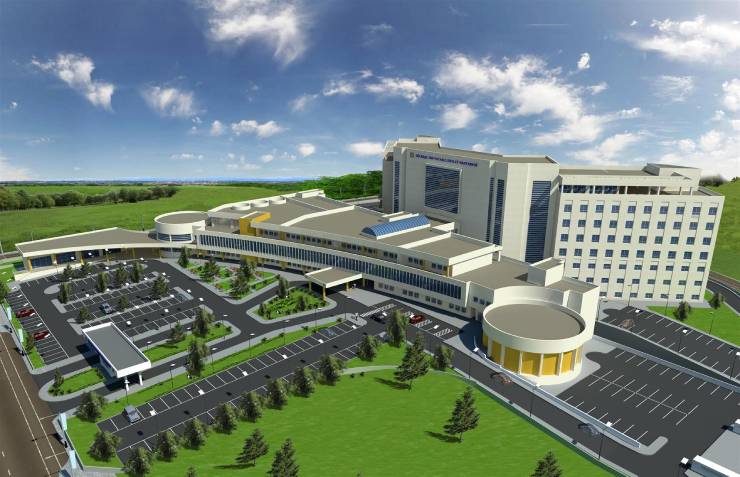 Many of Golbasi's tourist areas, perhaps the most prominent of which are Mogan Lake and Park, about 5 km from the district centre, which is equipped with extensive family recreation spaces and children's play areas. There is the Ataturk Coast Park on the magnificent Big Lake Coast, just 2 km from the centre of the area.

There is also Eymir, which is no less beautiful than Mogan Lake, as well as some archaeological sites such as caves (Tulumtas) and Ankara Castle. There are tourist destinations preferred by local people and visiting tourists alike, such as the Youth Park, Evliyagil Museum, and many other natural and tourist areas.

Golbasi’s infrastructure is ideal for living and investing, it is a good choice for luxury accommodation lovers, given the advantages of the region that make it the focus of the attention of the owners and the demand of investors.

The region is, therefore, experiencing a broad urban renaissance, with construction companies competing to offer the best offers in cash and instalments at the most appropriate prices.

Imtilak Real Estate offers some of the best housing and investment projects in the vital Golbasi region, such as the Incek Project, which offers luxury and cheap apartments compared to others, and the Bellapais project, which offers modern and smart apartments with integrated services to suit the taste of high-end families.

We also offer other outstanding projects, as well as the best appropriate quotes, legal registration and real estate brokerage.

To get the best apartment offers, and for more details, contact the company's representatives to provide all consultations and services.

Ankara
Transportation in Ankara, Turkey: its types and the most important features

A detailed guide to learning about transportation in Ankara, Turkey in terms of types (private or public) and quality, w...