General information about Turkey and its cities

Located between Asia and Europe, Turkey has got a strategic location with charming nature. Seas surround it from different directions, the Black Sea from the North, the Mediterranean Sea from the South, the Aegean Sea from the West, and the Marmara Sea from Western North. We can say it has got a fascinating sea view. Generally speaking, Turkey’s climate is warm and wet in Summer and cold in winter. Turkey’s official language is Turkish; more than 75% speak Turkish, while 18% speak Kurdish. Most Turkish people are Muslims, with about 89%. Turkey is not only a center for trade and industry but also a touristic, investment, and real estate attraction. So, it is a destination for people to work and travel. Turkey is known for its charming landscapes, waterfalls, forests, seashores, and luxurious restaurants serving the best cuisine ever. Turkey is also known for its Byzantine ruins, as well as Ottoman ruins like grand mosques.

1. What are Turkey’s best cities for living, housing, accommodation, and residency?

Istanbul remains unique as it tops the list of best regions in Turkey; this ancient city maintained its ranking over time. Istanbul had the lion’s share of projects in the past years, the most important of which is Istanbul airport located in   Arnavutköy district on the city’s European side. Istanbul is a hub linking the East and the West. It has charming hanging bridges, skyscrapers, parks, and grand mosques.

Trabzon, Northern Turkey bride, is a tourist city attracting tourists from all over the world. It is one of the best Turkey’s cities for tourism and real estate investment. Trabzon has all the elements of beauty: not only its climate is cool in Summer, its nature is charming as well. The Black Sea made it a linking gate between the East and the West. Trabzon has a cultural significance dating back to the Roman, Byzantine, and Ottoman empires.

As for tourist attractions, Trabzon has various natural places: Uzungöl is a beautiful lake located on the slopes of a series of steep mountains in northeastern Turkey. “Boztepe” is also a natural hill, with a cool climate in Summer and a charming view.

Turkey’s capital, Ankara, is one of the best places for housing and investment. Ankara is Turkey’s new reflection with its skyscrapers, factories, and a trade hub. It is also a principal political and diplomatic center in Turkey. Ankara witnessed an upsurge in real estate purchases. The number of Turkish and foreign investors has increased in Ankara, as it is a road node connecting various Turkish cities.

The ancient beauty of the commercial city, Izmir, harmonizes with the Aegean Sea. Izmir is one of Turkey’s best tourist and holiday areas. It is known for its trade fairs and a destination for all traders from Turkey and the world. It has official universities that accept students from all around the world.

Bursa is one of Turkey’s best regions for investment, residency, and tourism. It lies along the Marmara Sea that has a mild climate. Mountains and plains together form its geography. The people of Bursa believe it is the best place to live in due to potential job vacancies, housing, and investment in real estate. 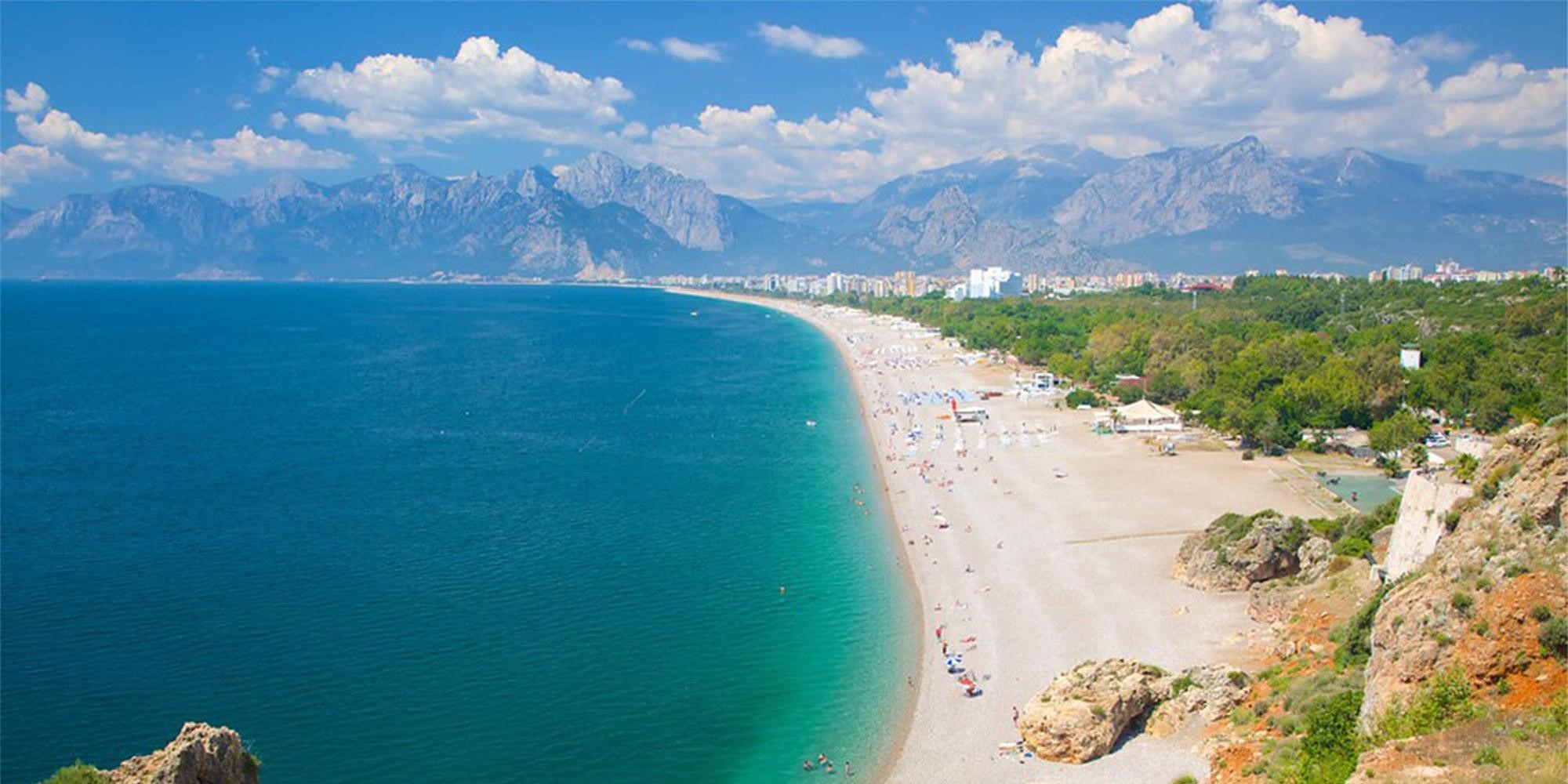 2. What are Turkey’s best cities in Summer?

Antalya is Turkey’s best city in Summer because of its natural views and tourist attractions. Antalya, a Mediterranean city, is known for its crystal shores, luxurious resorts, and varied restaurants. Besides, it combines the past civilization and the present charm having restored Ottoman palaces alongside modern boutique hotels. You can visit Duden or Kursunlu waterfalls to enjoy natural green views and have a lovely time in the lands of legends.

If you are looking forward to visiting the most beautiful city, welcome to Istanbul, the most renowned city ever. It has a wide range of tourist attractions, restaurants, parks, historical monuments, museums, resorts, and hotels.

Bodrum is not only Turkey’s best city in Summer but also the most beautiful one. It attracted many tourists because of its location; Bodrum’s tourist places and monuments gave it a seat on the world’s summer tourist map. Tourists can enjoy its beauty having trips in lanes, ancient monuments, or staying at hotels. It is known for its varied seashores and charming monuments.

Mugla also has an impressive ranking among Turkey’s best regions in Summer due to its tourist geographical nature. This coastal city lies on the Aegean Sea’s shores and rises about 56 meters above sea level. Many tourists are visiting Mugla every year to enjoy sightseeing, especially ancient monuments.

Fethiye, the most famous town in Mugla, has a stunning view of the Mediterranean Sea. It is known for its historical monuments dating back thousands of years, making it a destination for history lovers. Moreover, its blue shores are so pure; water is as clean as crystal.

Trabzon, the Black Sea Perl, has a mild climate. It is known for its fresh air, stunning forests, and pure springs. It is considered Turkey’s best city in Summer.

3. What are Turkey’s best cities in winter?

Turkey has the wealthiest potential tourist elements, such as stunning views and tourist attractions, making it a destination for many tourists. So, tourist lovers visit Turkey in Winter to enjoy its hidden paradise and charming nature. Skiing, tourists’ first attraction in winter, tempts skiing freaks to visit Turkey and try it in Turkey’s best places, such as Uludağ mountain in Bursa, Elmadağ in Ankara, and Saklikent resort in Antalya.

Van city is one of Turkey’s best towns in winter. It lies on the Eastern borders of Turkey and is considered the sixth in size. It is one of the oldest inhabited cities. Due to its location on the silk road, Van attracted many civilizations over time. Its climate is cold and snowy. Snow covers it completely, making it a charming white painting. Magic reaches its peaks in Van’s lakes that form its beauty.

Eskişehir city is also one of Turkey’s best towns in winter. It is a modern town; its modernity goes side by side with its ancient history that it competes with European cities. Its climate is cold and snowy; snow covers its stunning monuments, adding a magical gloss and changing the city into a lovely painting. 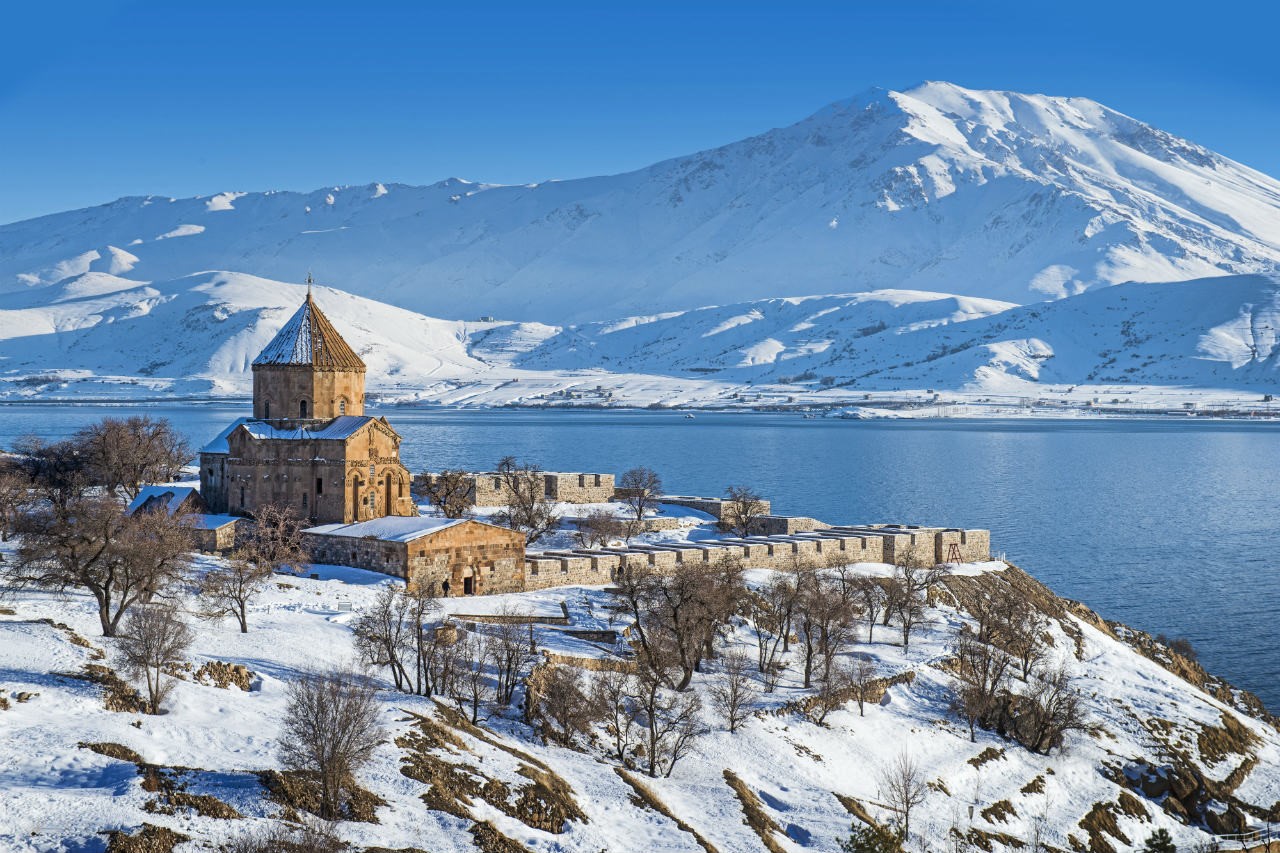 Abant lake, near Polo city, rises about 1300 meters above sea level. Abant region lies in Turkey’s stunning natural heavens; that is why it is the right place for spending holidays and winter tourism. It is the ideal choice to escape from the overcrowded cities towards stunning natural virgin nature. Abant city gets dressed in the snow that covers pine trees surrounding its blue lakes.

Kars is the first place where the sun rises in Turkey and is the first city to snow. Its cold heights are covered by snow all winter, which made it a destination for snow freaks. Besides, it is rich in statues and ruins dating back to different historical times.

Safranbolu, one of the Ottoman architecture icons, maintains the historical monuments dating back to that prosperous period. While wandering in its streets, tourists feel like they are having a trip to the Ottoman Empire history. Tourists can also enjoy the scenes of snow covering its tile roofs from the hills surrounding it. 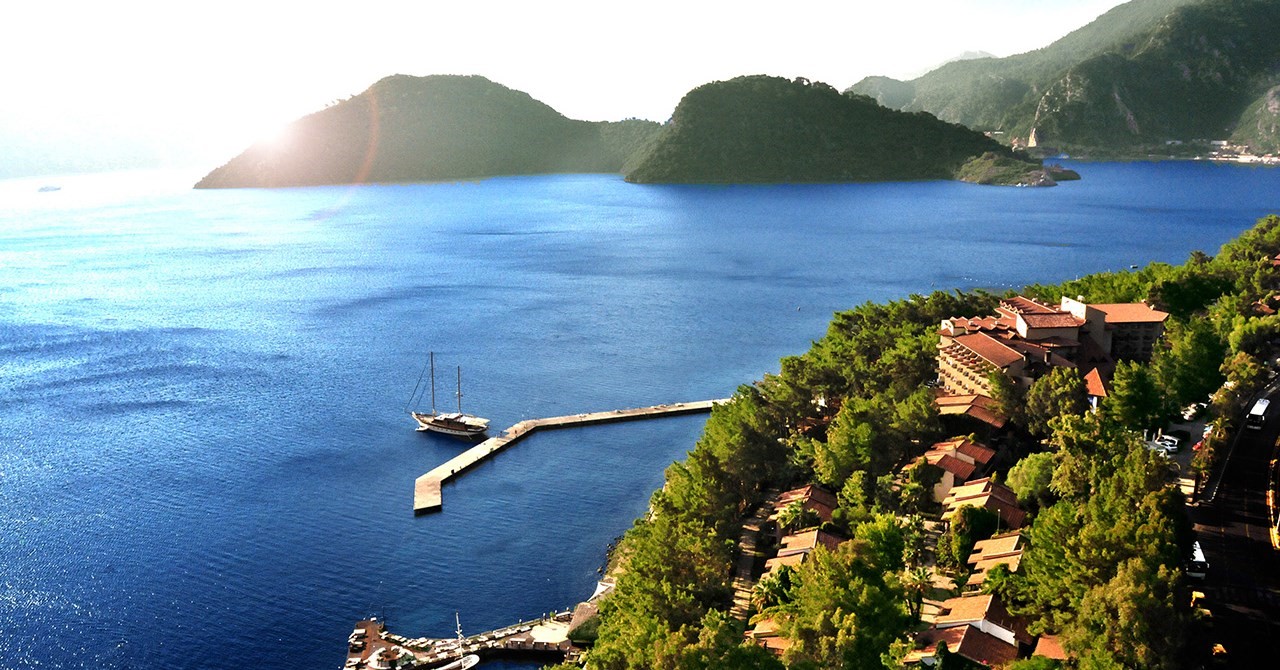 4. What are Turkey’s beat cities for tourism?

Turkey is considered the global tourist gate. Antalya tops Turkey’s tourist cities owing to its natural views, tourist attractions, clean beaches, luxurious resorts, and abundant restaurants. Furthermore, Istanbul is one of the most beautiful, not to mention the best, cities for tourism. It has the most tourist attractions, restaurants, parks, historical monuments, museums, resorts, and hotels.

Bodrum is not only Turkey’s best cities for tourism but also the most attractive one. It has varied beaches, and there lies Mugla city that tops in the first line of Turkey’s best towns for tourism owing to its touristic and geographical nature. It lies on the shores of the Aegean Sea. It is a long list that includes Fethiye, Trabzon, Uzungöl, Bursa, Cappadocia, and Izmir.

5. What are Turkey’s Best Cities for Investment? 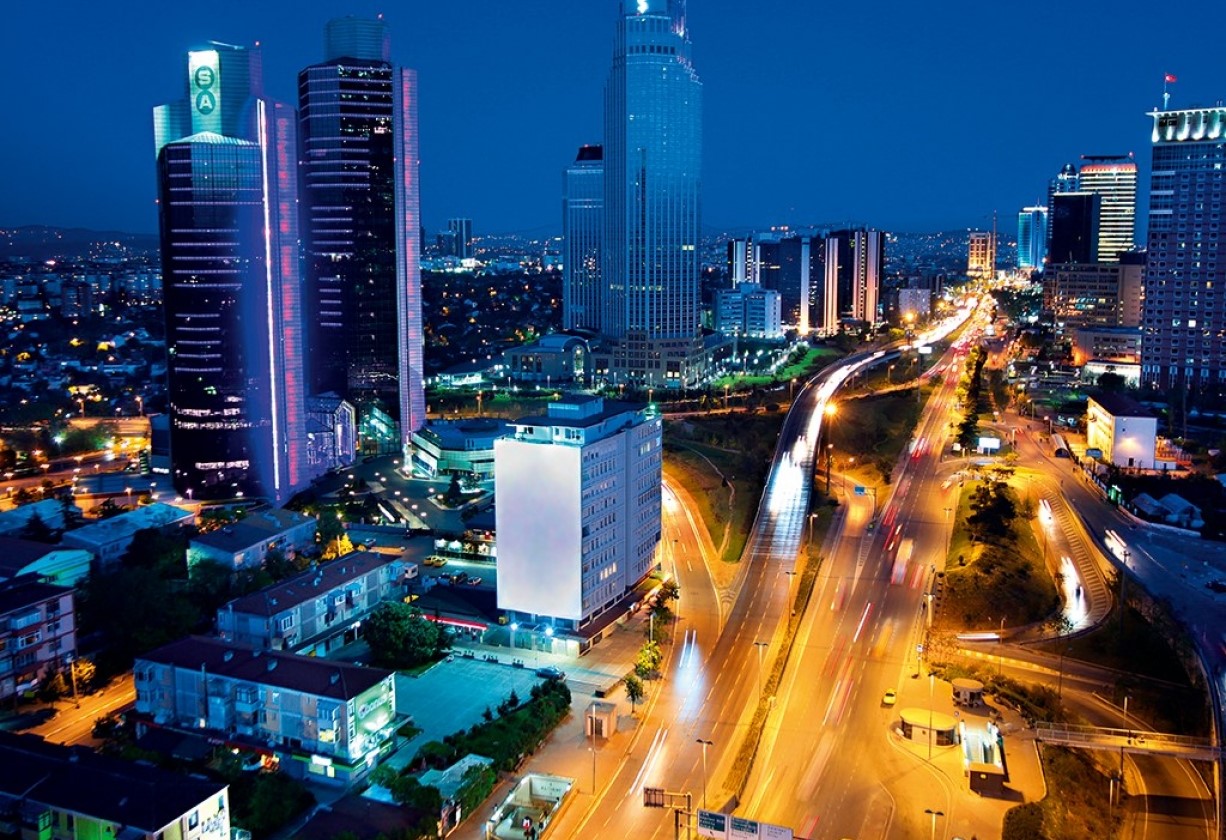 Trabzon is also one of Turkey’s best cities for investment, especially tourist and real estate investment, owing to its natural beauty, the large number of tourists, luxurious hotels, companies, exhibitions, and malls. All this made it a lavish real estate and investment city.

Ankara is considered one of Turkey’s most important cities for investment. It witnessed an upsurge in real estate purchases. The number of Turkish and foreign investors has increased in Ankara, as it is a road node connecting various Turkish cities.

Izmir is also considered one of Turkey’s best cities for investment. It has its fame among Arab and Turkish investors.

Bursa is also considered one of Turkey’s gates for investment, especially for real estate, tourist, and industrial investment. It is the city of tourism, industry, and housing.

The city of two continents, Istanbul, is considered one of Turkey’s best cities for real estate investment. Real estate investment in Istanbul is a pioneering one, overcoming all other businesses. According to statistics by specialized corporations, it is still witnessing a large boom and development.

Antalya is considered one of the best cities for investment; the large investments attract European tourists in general, specifically the Russians. The wheel of development in real estate investment has been lately running very fast.

Trabzon has also attracted much foreign investment, specifically the Arabic ones. The bride of the Black Sea is still the most searched one on web browsers. It came in the first line of the preferred cities for real estate investment in the past five years. Arabs chose it for many reasons, most important of which are mild climate, nature, and relatively low-price real estates compared to Istanbul and Antalya.

Turkey’s cities provide a wide range of job vacancies for local people and foreigners alike. To start with, Istanbul is the best place for finding a job due to various factories, farms, offices, hotels, and shops. The same applies to Ankara, Izmir, Yalova, Trabzon, Mersin, Mugla, Antakya, Kahramanmaraş, and other Turkish cities.

Turkey is a regional and global destination for study; students are heading in thousands to study at the Turkish universities owing to numerous universities, institutes, and developed laboratories. The Turkish Scholarship Program has attracted global students to consider learning at Turkish universities. Though most students prefer to study in Istanbul, many other cities are famous for their well-developed universities, such as Ankara, Bursa, Gaziantep, Rize, Samsun, Antalya, and Konya.

Living reasons in Turkey are different from one family to another; every family has its priorities. Some families visit Turkey for tourism and enjoying natural landscapes; others prefer real estate; others are focused on study and quality-education at bet universities. Generally, Istanbul is the best place for family. Bursa, Trabzon, Ankara, Konya, and Yalova come next in line.