Istanbul Canal project, described by the Turks as the project of the era and the largest work to be done in the history of the Republic of Turkey

A Glance At The Unique Istanbul New Canal Project

Istanbul Canal project, described by the Turks as "the project of the era" and "the largest work to be done in the history of the Republic of Turkey". It is the Istanbul Canal project announced by Turkish President Recep Tayyip Erdogan when he was prime minister in 2011 as one of his goals to reach the new Turkey in 2023.

The canal project, which will strengthen Turkey's status in the waterways, connects the Marmara Sea with the Black Sea on the European side of Istanbul. The Turkish government aims to establish the Istanbul Canal to reduce the movement of ships in the Bosphorus Strait, As well as the removal of a random building on the track.

Istanbul Canal project is one of the largest projects to be built in the 21st century, not only in Turkey but throughout the world. The Canal will be a great opportunity for the city's real estate sector. Property prices are rising in the city even before the launch of this Canal, especially in areas such as "Bahcesehir", "Basaksehir", "Kucukcekmece", and "Kayasehir".

This has led to the construction of a large number of mega-projects in the region of Basaksehir as an example, where it has witnessed the construction of several commercial complexes, health facilities, gymnasiums, playgrounds and transportation projects. 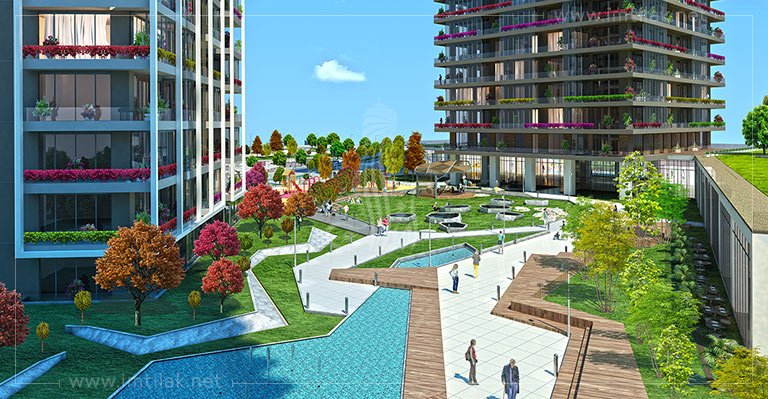 The Impact of Istanbul New Canal to Property Prices in Istanbul

The district of Kucukcekmece also witnessed a similar increase in real estate prices, both in terms of leasing and selling. The average price per square meter in the district was 2,900 Turkish liras, based on the indices of October 2018, the average monthly rent for houses in the district is 1,400 TL.

The situation is similar in the Avcilar district as well. The last five years witnessed a big jump in real estate prices, and many large real estate projects entered it. The increase in prices reached 40 % during this period. The average price per square meter was 2,500 pounds Turkish.

The situation is not different in the area of Arnaoutkoy, which has become a major attraction for investors in the real estate sector, after the news that the canal will pass from the district, the price per square meter to an average of 2225 Turkish lira.

Excavations began on the course of the Istanbul Sea Canal project since 2017 and completed early 2018, The Ministry of Transport, Maritime and Communications has cooperated with a large number of institutions, notably: "Ministries: Environment, Forestry and Water, Food, Agriculture, Livestock, Energy and Natural Resources", the Greater Istanbul Municipality, the Department of Collective Housing "TOKI" The Turkish Ministry of Transport has also used a large number of Turkish and international experts.

The Directorate General of Roads will establish bridges and an emergency port within the Istanbul Water Canal project. The Ministry of Transport has also prepared the initial plan for the project. It is planned to use the excavations of the canal to establish artificial islands in the Marmara Sea. It will also be used to fill the holes in coal mines, as well as to build recreation areas.

During the preparation of the Project Plan, it was found that the new Istanbul Canal will not have any negative effects due to the possibility of a tsunami, In the course of the preparation of the plan, wind statistics were taken into account for about 25 years. The storms and deep sea waves were studied in the Black Sea and the Marmara Sea, and the plan was designed so that the two sides of the canal were not affected by waves caused by the passage of ships in the waterway. In addition to tapping into other canals such as Panama-Suez-Kiel, the Istanbul Water canal will be built in unique ways of creating and using its own technologies.

Turkey's Minister of Transport and Infrastructure, Jahid Turhan, has announced that Turkey plans to launch the Istanbul canal project in 2019. "The construction of the Istanbul Canal should not be delayed until 2020," Minister Turhan said, adding that 10 bridges to build within the framework of the canal project. The project is also scheduled to be completed by 2023, on the occasion of the centennial of the Turkish Republic.

The canal aims to provide support for shipping between the Black Sea and the Sea of Marmara, especially the movement of oil tankers passing through the Bosphorus Strait. The canal is planned to accommodate 160 vessels a day, 45 km long (28 miles) it will be built in the course: "Kucukcekmece - Sazlidere- Durusu", in Istanbul.

Five different routes have been analyzed to establish the new Istanbul Canal project, and the most suitable destination between the districts of Kucukcekmece and Yeniköy has been determined, which is an area along the Bosphorus Strait; the map of Istanbul's new canal will be distinctive. Istanbul canal will start from the line that separates the Marmara Sea from Kucukcekmece Lake and will pass towards the Sazlidere Dam through the areas of Altinsehir and Sahintepe "before reaching the Black Sea from the east of Lake" Terkos "near" Terkos "and" Duroso." 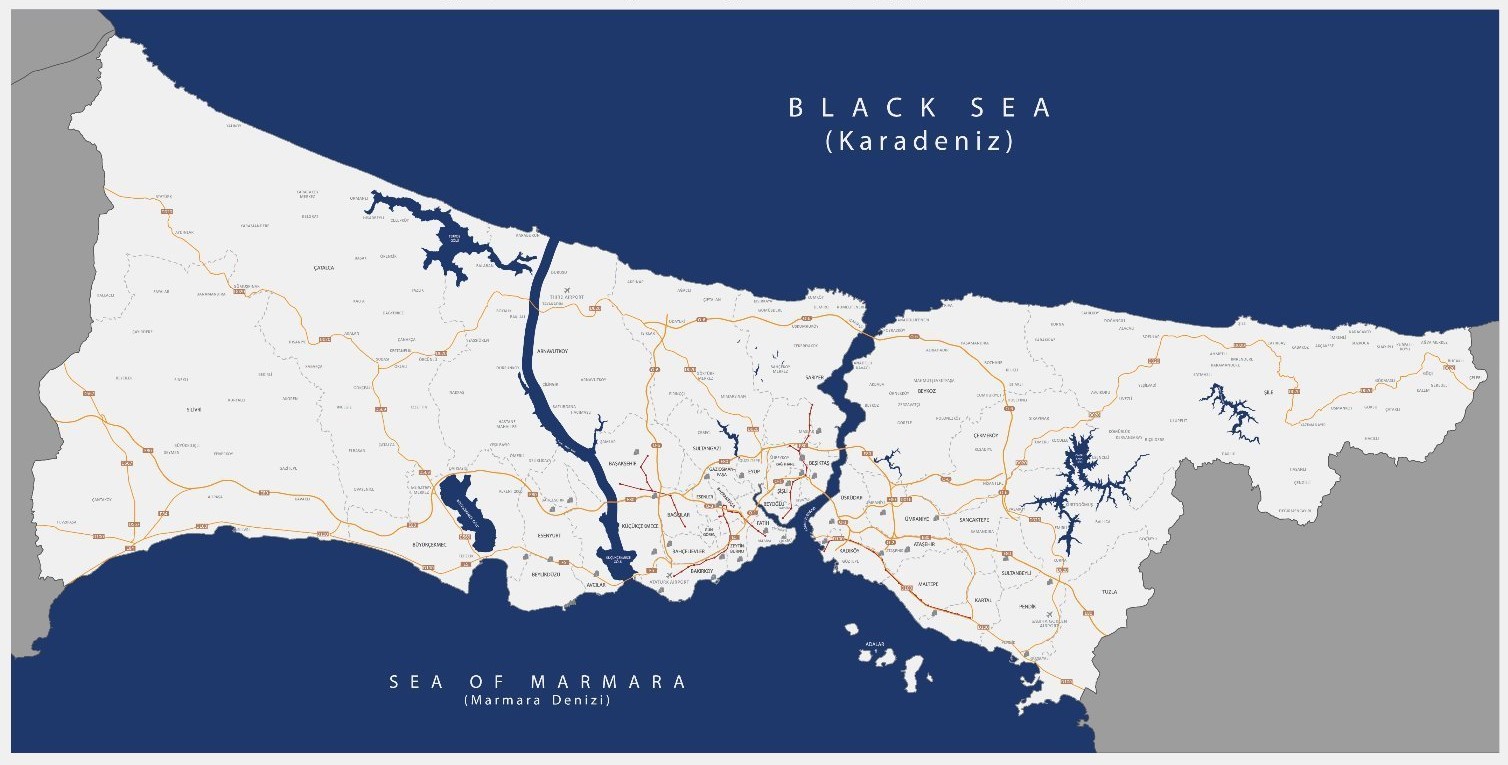 The project area will be within the boundaries of several municipalities with multiple distances as follows:

Thus, the location of the new Istanbul canal is precisely determined and ready for implementation.

In the current plan, the project will include 6 bridges, one of which is a railway. The Turkish Minister of Transport stated that four other bridges will be built within the project. He also stressed that a number of businessmen from around the world are interested in the project and that they are visiting Turkey to get more information on Istanbul canal. According to previous reports, South Korean construction greatest companies who have built various projects in Turkey are also interested in bidding on the project.

The construction of the Istanbul Canal will be carried out in the framework of the BOT model with the task assigned to the Ministry of Transport and Infrastructure. According to Turkish statistics, 137 cargo ships and 27 tankers carrying 150 million tons of commercial cargo will cross the canal, As well as the establishment of 3 islands from the excavations of the new Istanbul Canal. 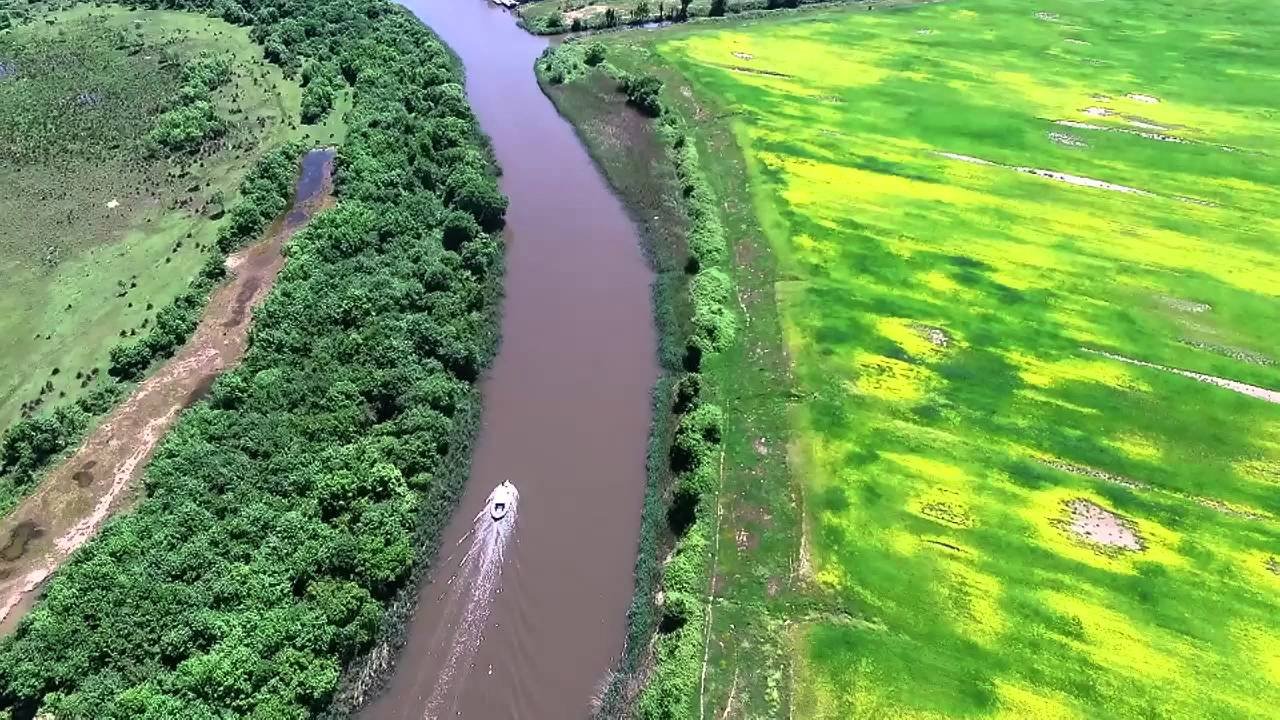 4,550
Search for your apartment