With a value of $41.1 billion, Germany accounts for a quarter of the current trade volume between Turkey and the European Union.

The volume of trade between Germany and Turkey reached a record high during the past year 2021, as the value of trade exchange between the two countries, according to statistics, amounted to $41.4 billion.

"Trade between Turkey and Germany has become a quarter of the current trade volume between Turkey and 27 countries of the European Union," said Markus Slevogt, head of the German-Turkish Chamber of Commerce and Industry, during an interview with Anadolu Agency.

Slevogt stressed that Turkey and Germany have important trade partnership relations, noting that Germany ranked first in the list of countries importing the most from Turkey during the past year with a value of $18 billion, $17.1 billion of which were from the industrial sector.

Markus Slevogt stated that the auto sector ranks first in the volume of Turkish exports to Germany, stressing his country's interest in developing the automotive sector in Turkey, especially electric cars, and is also interested in partnering with Turkey in the production of electric vehicle supplies, which is expected that will dominate the transportation sector in the future.

"I would like to stress that the focus of Turkey's exporters on environmentally friendly products, in line with European green energy standards, will also have a significant impact on strengthening the partnership in business activities," added the President of the German-Turkish Chamber of Commerce and Industry.

In the same context, Markus Slevogt praised the number of promising start-up companies in Turkey, and that the German-Turkish Chamber of Commerce and Industry viewed these companies in their large numbers positively, pointing to their high potential and suitability to work with European Union countries, stressing the need to empower these companies by urging them to take the right steps and obtain the appropriate financing.

He added, "There is a fact that must be acknowledged that all companies that aim to operate in the European Union need to achieve European standards on green energy. Therefore, we in the Chamber are following up and implementing the necessary activities so that our members can move forward with the implementation of their business activities economy according to European standards.

Turkey is a stable and reliable alternative

Slevogt explained that the volume of trade between the European Union and Turkey exceeded the level before the Coronavirus pandemic, achieving last year a value of more than $178.5 billion.

He pointed out that the survey conducted by the International Journal of Economics (World Business Outlook) provided important positive results that reflect the volume of current cooperation and the future of trade exchange between Germany and Turkey.

He indicated that the international magazine conducts a survey twice a year, in cooperation with the Federation of German Foreign Chambers of Commerce and its members.

He added, "Within the framework of the evaluation prospects for 2021, the magazine ranked Turkish companies operating in Germany among the list of companies that have shown good performance in overcoming the problems caused by the Coronavirus epidemic, contributing to the protection of the supply chain and logistics services, and overcoming obstacles to the development of trade exchange."

The head of the German-Turkish Chamber of Commerce and Industry considered that the Coronavirus pandemic had paved the way for shifts in the places of production and supply chains, due to the severe turmoil that occurred in the global market, so some companies decided during the past two years to transfer their logistics centers from other countries to Turkey to achieve stability in supply chains.

He stated that this situation may also apply to the tension between Russia and Ukraine, adding that "countries that buy goods from Russia and Ukraine may seek stable and reliable alternatives, and Turkey may wish to take advantage of its geographical position and qualified workforce in order to strengthen its position in the global market."

He added, "German companies have managed to establish their position in the Turkish market through more than 100 years of commercial activity in the region, as companies such as Bosch began operating in Turkey since 1910, Siemens since 1856, and Deutsche Bank 1909." 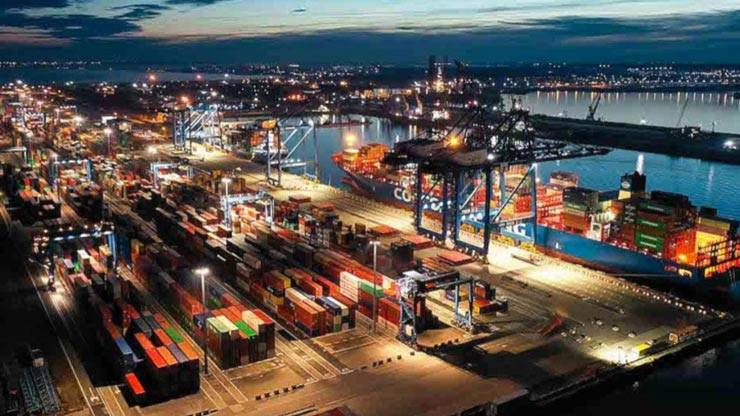 4,164
Search for your apartment