The Fitch Ratings Agency has raised its prediction for Turkey's economic growth to 10.5 percent in 2021, up from 9.2 percent previously.

The international credit rating agency, Fitch, raised its forecast for the growth of Turkey's economy for this year 2021 from 9.2% to 10.5%. This came according to a statement issued by the International Agency on Thursday, 2/12/2021.

In the aforementioned report, Fitch Agency reviewed assessments of the Turkish economy. The statement stated that in the year 2020, which witnessed the start of the outbreak of the new Coronavirus (Covid-19) and Turkey was affected by it, the gross domestic product in Turkey had increased by 1.8%.

The Turkish economy is strong compared to its peers

The statement added, "The Turkish economy is expected to grow by 10.5% in 2021," instead of the 9.2% that the agency itself had announced last September.

It also stated that Turkey's economic growth is strong compared to its peers, but the country's per capita income has been declining since 2013 in dollar terms. 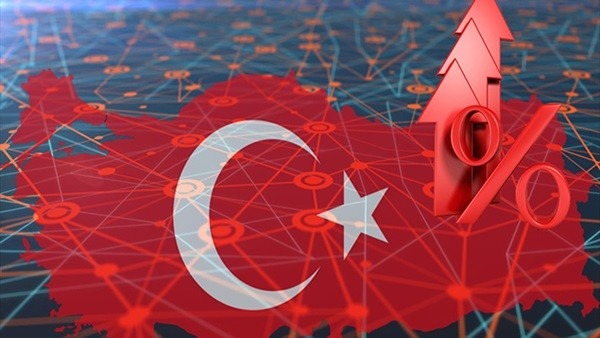 Raising growth forecasts for next year

The agency also raised its forecast for the growth of the Turkish economy during the next year 2022 from 3.5% to 3.6%. The agency maintained Turkey's credit rating at "BB-" and changed its outlook for the country from "stable" to "negative".

4,164
Search for your apartment