A comprehensive guide to know the Turkish city of Ankara

A comprehensive guide to know the Turkish city of Ankara

Ankara is known as the political center and capital of the Republic of Turkey, located between the continents of Europe and Asia. Ankara is the second city after Istanbul in terms of congestion and has a population of 5,663 million until 2020, and it is the third in terms of its area of ​​24,521 km².

The history of Ankara is not short, it dates back to more than 10,000 years in the era of the Stone Age, during which several civilizations followed its rule, beginning with the Hittites, passing through the Persians, Romans, Byzantines, and ending with the Seljuks and the Ottomans.

As for the location of Ankara, Turkey, it is in the middle of what is known as the Anatolian Plateau, as Ankara forms part of the Inner Anatolia Region, which gives strategic importance as it is a transportation node and the meeting point of roads heading to different parts of Turkey's regions.

As for the borders of the Ankara map, it is bordered to the east by Kirikkale, to the northeast by Cankiri, to the northwest by Bolu, to the west by Eskişehir Province, to the south by Konya, and to the southeast by Karaşehir and Aksaray. 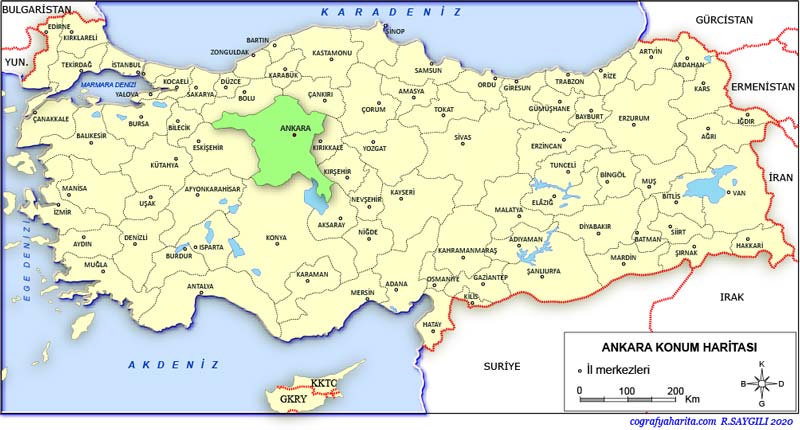 Weather and climate in Ankara

The height of the city of Ankara above sea level is 938 meters, and the weather in Ankara is described as hot in the summer during the day, while the weather is pleasant at night.

As for the winter, it is very cold, and the Ankara region witnesses snowfall, and the type of climate prevailing in Ankara is continental, and this is due to the internal location of Ankara and far from marine influences. 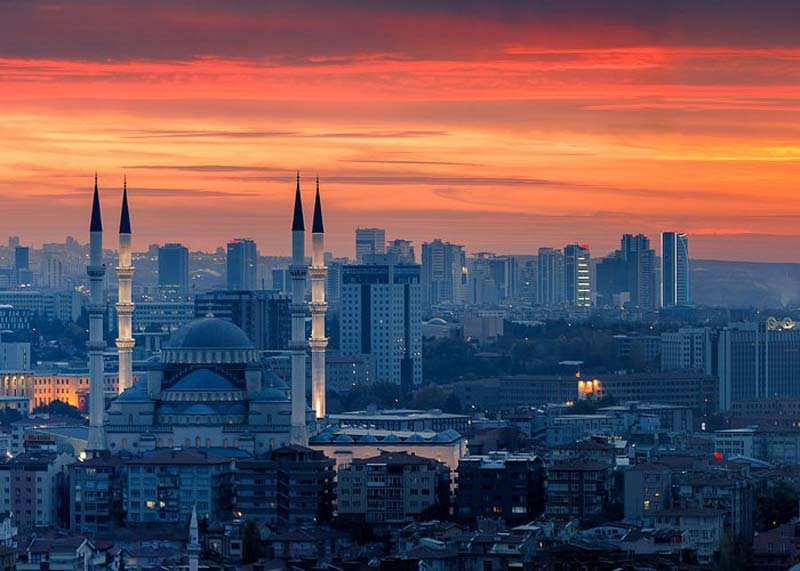 The beauty of Ankara

Ankara Castle is described as a cultural, historical, and commercial center since ancient times, and it is an archaeological masterpiece that transports its visitors to different eras, as researchers trace the history of the castle's construction back to 3000 years ago.

The castle is divided into two main sections, one internally at the top of the castle top, and another surrounding it from the outside.

It’s one of the important and candidate places to visit for tourism pioneers in Ankara, the Museum of Anatolian Civilizations, which is one of the world's leading museums, is distinguished by being awarded the 1997 Museum of the Year in Europe award.

The museum includes antiquities dating back to the Paleolithic and Modern Ages, the Calcolite Age, the Bronze Age, the Hittites Civilization, and the Phrygia Civilization.

The Wonderland of Ankara offers a unique experience of fun in a land area of ​​1,320,000 square meters filled with various types of trees and flowers, children's games, football and basketball fields, golf courses, water pools, water bikes, and other charming facilities. 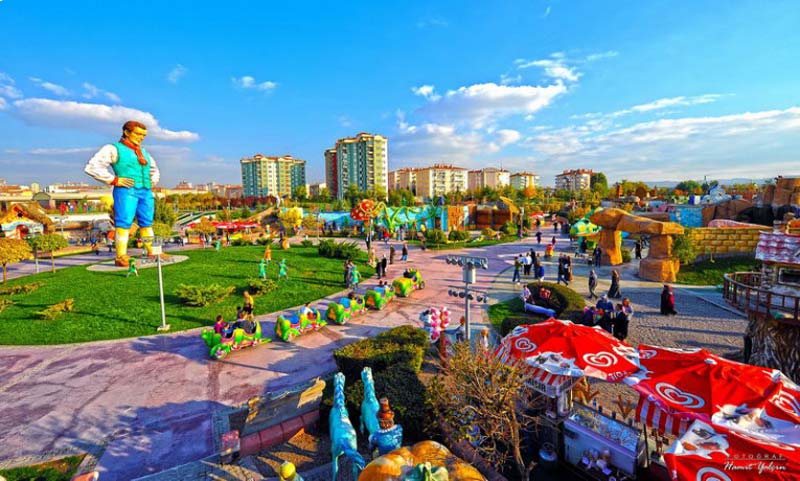 Mavi Gol Lake, which means in Arabic the Blue Lake, is located in the Bayander district, about 45 km from the heart of Ankara. It is one of the most famous tourist lakes in Ankara, and it has a charming natural atmosphere; thanks to its large spaces and fresh air, and the places designated for holding special barbecue parties.

It’s one of the charming lakes of Ankara, Karagul Lake stands out as one of the most preferred places by visitors for hiking and enjoying the scenic views around the lake, taking trips in the mountains surrounding the lake, spending beautiful evenings and barbecues with family and friends, and this is what makes the visitor feel fun and comfortable to visit this spot unique.

What increases the beauty of Ankara is that the infrastructure in Ankara is characterized by strength and modernity due to the embrace of the facilities of Turkish sovereignty, including the presidential palace "San Kaya", in which 11 former Turkish presidents resided, and the new presidential palace "Ak Saray" (White Palace), which was opened during the era of President Erdogan in 2014, there are also official government headquarters, various ministries, the parliament seat, and many public facilities and parks, which means an abundance of many recreational places, such as beautiful parks and huge and sophisticated shopping centers. 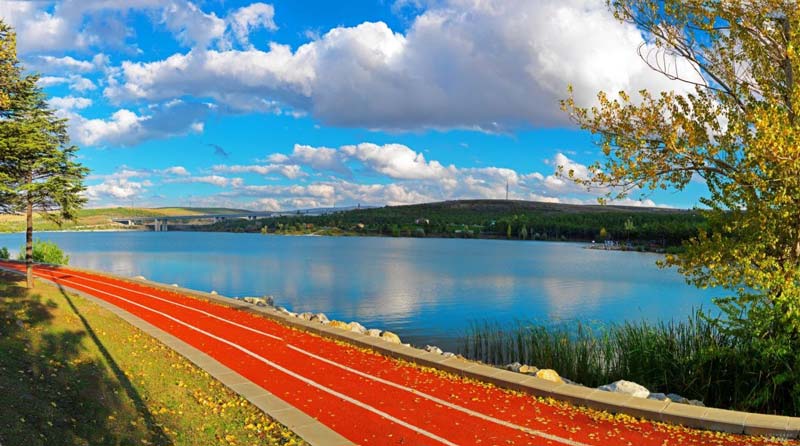 As is the case in the political capitals of countries, education in Ankara finds an excellent educational environment, as the city contains a large group of famous universities locally and internationally, and some universities in Ankara are taught in English.

Since it is the official capital of Turkey, Ankara is one of the lucky Turkish cities about the health aspect in terms of the number of hospitals and medical centers, the quality of the existing equipment, and the health services provided there.

Regarding transportation in Ankara, it is served by a modern network of internal transportation, including metro, public, private and minibusses, and taxis.

As for external transportation in the Turkish capital, there is “Ankara International Airport” 17 miles northeast of the city. On the other hand, the capital, Ankara, is the hub of Turkey’s railway system, as it can be traveled to by train from most Turkish cities, in addition to buses that are described Traveling in it is fast and economical, with many direct flights available from most Turkish regions to Ankara.

Is living in Ankara, Turkey recommended?

Many Arabs prefer to live in Ankara, where there is a large Arab community in Ankara, and the reason for this is due to the low cost of living in Ankara, given the high costs in Istanbul, which is Turkey's largest and most crowded city. 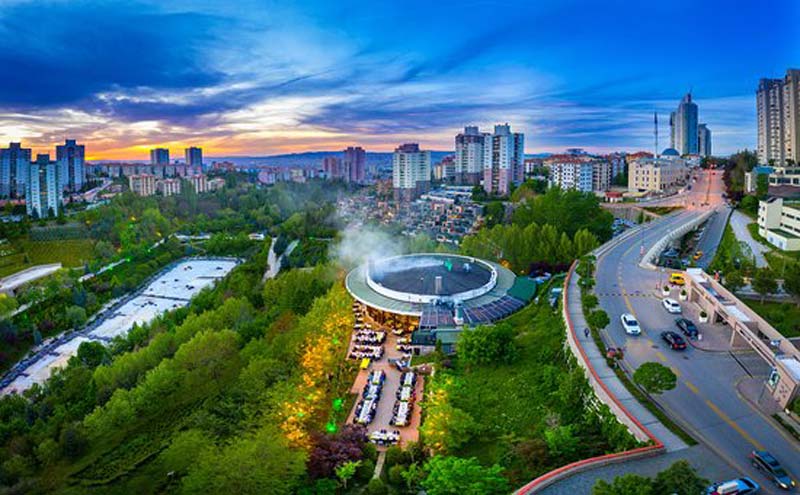 The distance between Ankara and Istanbul is about 450 km.

The distance between Ankara and Trabzon is 729 km, which can be traveled in 9 hours and 36 by car.

All you want to know about Levent in Istanbul, its advantages, and the nature of housing and buying an apartment. Learn...