Advantages, Disadvantages, and Costs of living in the Turkish City of Bursa

Get to know about the advantages, disadvantages, and costs of living in Bursa, Turkey, as well as the best areas of Bursa for residence.

Advantages, Disadvantages, and Costs of living in the Turkish City of Bursa

Information about living in the Turkish city of Bursa

Advantages of living and residing in Bursa

The city of Bursa is one of the most beautiful cities in Turkey, and it is located near Istanbul at the opposite end of the Sea of Marmara. It enjoys charming views and has a famous mountain, which made it a coastal and Mountainous geographical environment. Life in it is characterized by ease, availability of work fields, and various types of residence, and it also has many tourist attractions and many archaeological sites, all of that and others, making it at the forefront of cities that people want to live in and reside in their lands.

Disadvantages of living and residing in Bursa

The disadvantages of living in Bursa are not related to the city itself, but rather they fall into living in Turkey in general, including the importance of learning the language, as Turks prefer to communicate using their national language. Therefore, the resident of Bursa initially faces some difficulties in communicating, but the Turkish language is one of the languages that a person can become familiar with very quickly, and soon he/she finds himself/herself fulfilling the first conditions of communication by being able to formally communicate, and little by little he/she becomes familiar with the language.

The best residential areas in Bursa 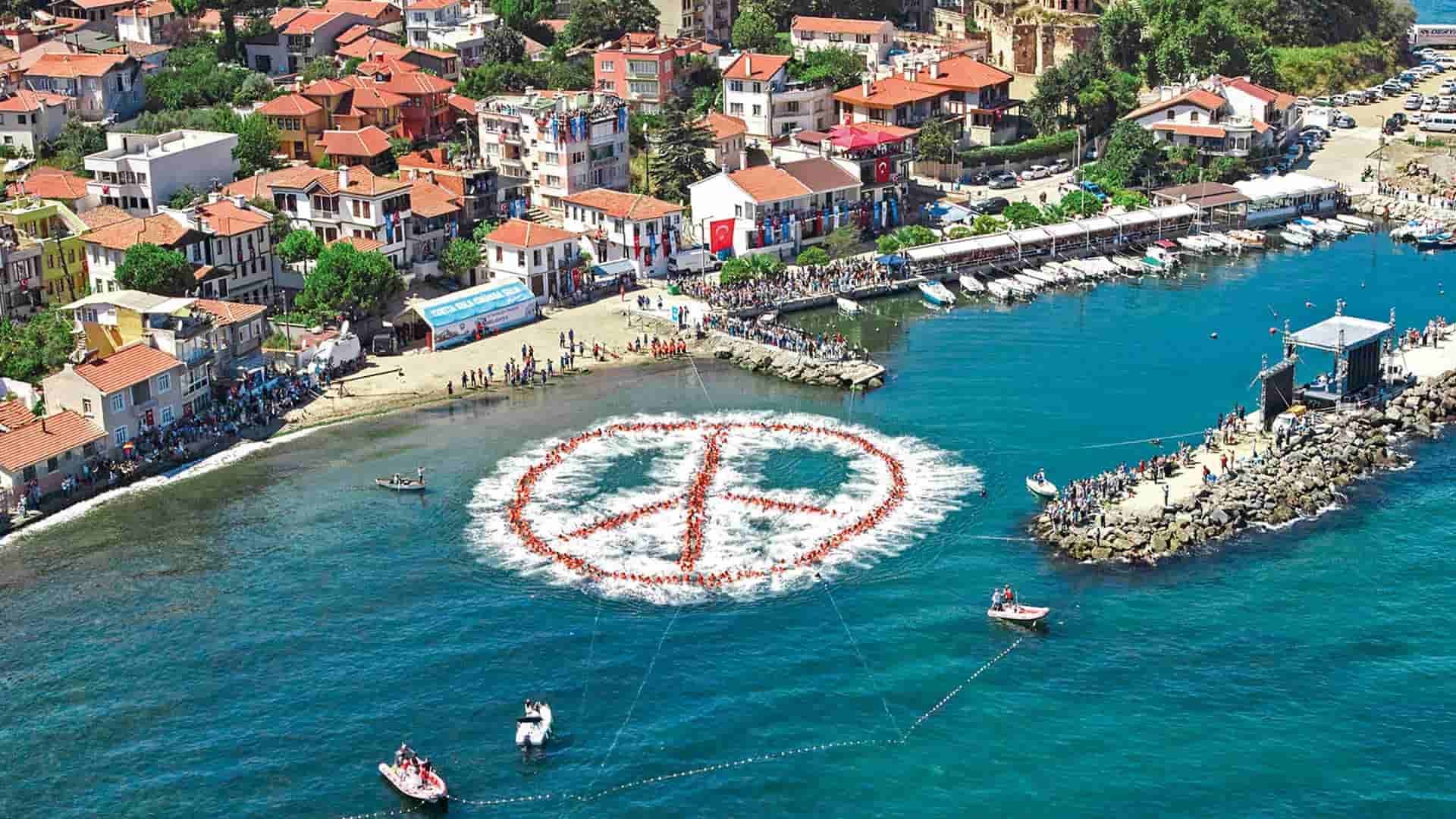 Mudanya district is located north of Bursa on the Sea of Marmara and is considered one of the important tourist areas in the city. The area is about 346 m2, and its population is about eighty-three thousand people, and it consists of one town (Terelia), thirty-six villages, and eight neighborhoods. It enjoys the temperate climate of the Marmara Sea region, and it is about thirty kilometers from the city center of Bursa.

Olive cultivation is the main source of income for the region’s residents, and other crops are cultivated, such as vegetables, fruits, grains, and crops used in industry, such as sunflowers and others. Fishing also spread in the region, which has been decreasing in the recent period, and import and export constitute the largest part of the volume of business in the region.

On the other hand, the district contains many landmarks, monuments, and ancient historical neighborhoods, including churches, mosques, baths, markets, and old neighborhoods, some of which date back to the Ottoman era, and others before this era. The region is generally considered one of the important tourist areas in the city because of its stunning nature mixed with a long history and there are many chalets and summer homes that are used to spend the holidays.

Nilufer is the third-largest area in Bursa, and it is witnessing a great development in the field of construction and real estate development in Turkey, which made it the most populous region of Bursa during the recent period. Nilüfer district was named after Nilüfer Khatun, wife of the second Ottoman Sultan, Orhan Ghazi Who opened the city of Bursa and made it the capital of the Ottoman Empire.

The district enjoys a beautiful moderate climate, and it consists of sixty-four neighborhoods, and it also contributes to the country's economy through its industrial, agricultural, and animal wealth, as the most important industrial areas of Bursa are located within its borders. Besides, the region embraces the largest industrial establishments and companies at the level of Bursa and the country, such as Renault factories for cars, Bosch factories for electrical appliances, Sivash, Besach, Velament, Pasach, Kemsat, and other major industrial establishments. It also has important agricultural and animal wealth as there are many crops, and animal husbandry.

For more information, read our article: The Best Investment Opportunities in Bursa

You can find a lot of green areas in the district, and more than two hundred and fifty parks spread in it, and many events, celebrations, festivals, competitions, and exhibitions are held, such as the music festival, theater plays, poetry, painting, singing competitions, etc., and many large shopping centers and many modern real estate projects are spread in the region. 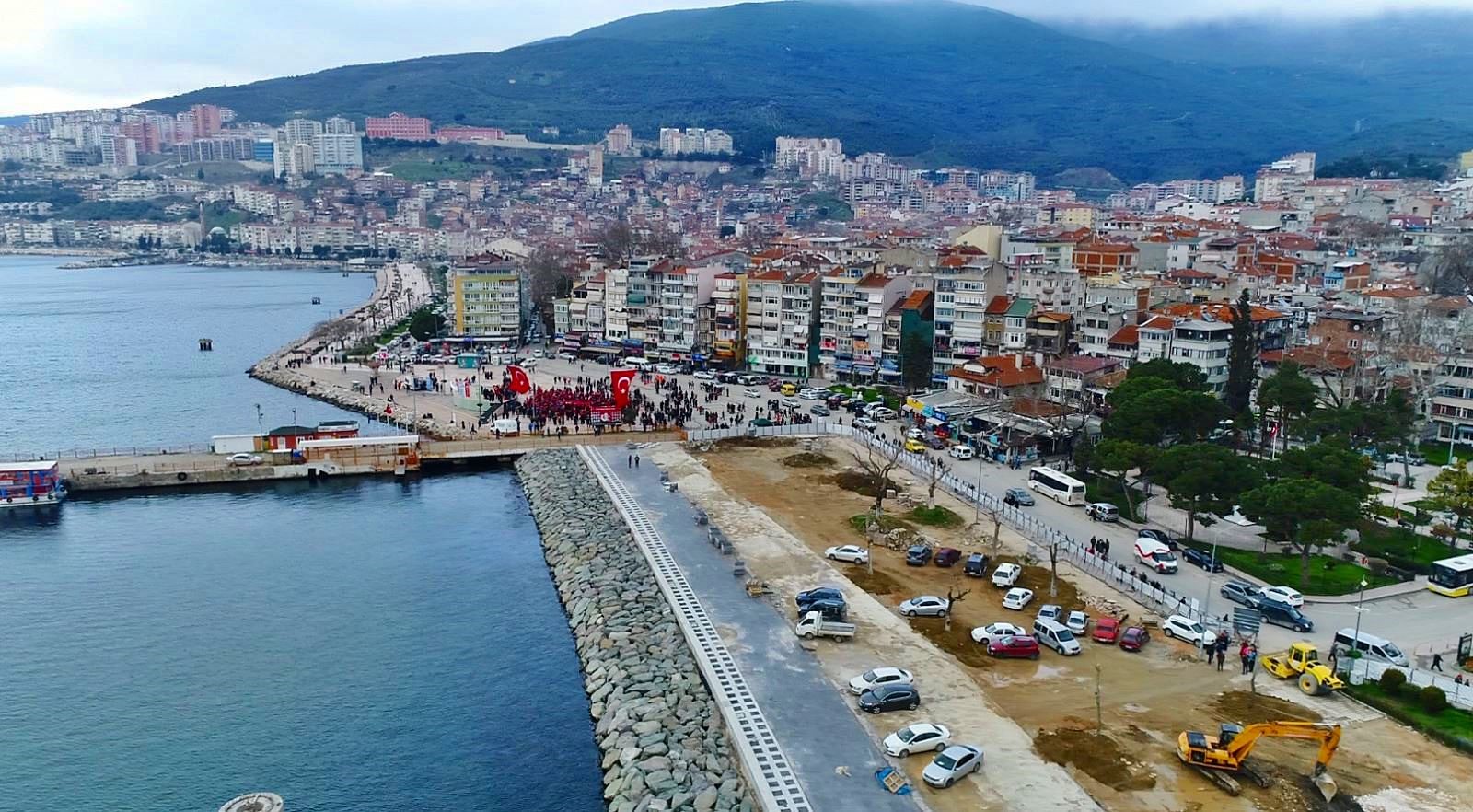 Gemlik area is one of the most beautiful areas of Bursa, with an area of about four hundred m2, and the number of its population is about one hundred thousand people, and the area is characterized by its beauty and tranquility, and it contains the most luxurious residential complexes that many desire, due to its availability of the elements of complete well-being and because of the various services it contains.

What distinguishes Gemlik in Bursa is that it contains many recreational places, service places, and private and municipal restaurants, and it also includes a large hospital that provides all services and types of treatments, and its climate is warm and rainy in winter and hot and dry in summer.

The area is also famous for its many tourist resorts, and there are many factories for different institutions that produce textiles, marble, machinery, cars, steel, and many other companies that continue their activities in a part of the region.

Osman Ghazi is located in the city center of Bursa at the foot of the Uludag Mountain, and it is the largest suburb in the city in terms of population, and it was named after Osman Ghazi, founder of the Ottoman Empire. The district, whose area exceeds one thousand one hundred square kilometers, is about a hundred and fifty meters above sea level and is characterized by the temperate climate of the Marmara Sea region.

There are many industries in the region, and the area has fertile lands cultivating various crops, and the region includes many schools and some colleges of Uludag University, in addition to exhibitions, theaters, museums, ballrooms, conferences, and famous shopping centers.

The district is also considered one of the important tourist areas in Bursa, as it has many mosques, towers, clocks, cells, markets, bridges, and old houses remaining from the Ottoman era.

For more, we recommend reading our article about: Bursa City in Turkey

The cost of living in Bursa

Living in Bursa is an average cost, like most Turkish cities and states, as it is not part of the high cost, especially if it is compared to other countries in the world that have characteristics that they bring in terms of sophistication and urbanization. The minimum wage meets the human need for a decent, medium-cost life, and this matter is relative to each person and their financial capabilities and life needs. The cost of living in Bursa includes the costs of basic food commodities, public transportation, and monthly apartment rents, the cost of education, in addition to the cost of restaurants, clubs, and other activities.