After a two-year of diplomatic efforts, during which there were many meetings, ideas, and disagreements, the Turkish diplomacy has succeeded in signing the natural gas pipeline, "the Turkish Stream.

After a two-year of diplomatic efforts, during which there were many meetings, ideas, and disagreements, the Turkish diplomacy has succeeded in signing the natural gas pipeline, "the Turkish Stream," agreement with the Russian Government, and that is considered a major turning point in Turkey's energy.

The project, which will draw the map of the gas exports in the coming period, aims to transit the Russian gas to Europe

By signing the agreement, Ankara has officially started to benefit from its diplomatic efforts over two years to become a global center for natural gas.

Berat Albayrak, the Turkish Minister of Energy and Natural Resources, and Alexander Novak, the Russian Minister of Energy, signed last Monday the "Turkish Stream" agreement to transit Russian gas to Europe via Turkey. 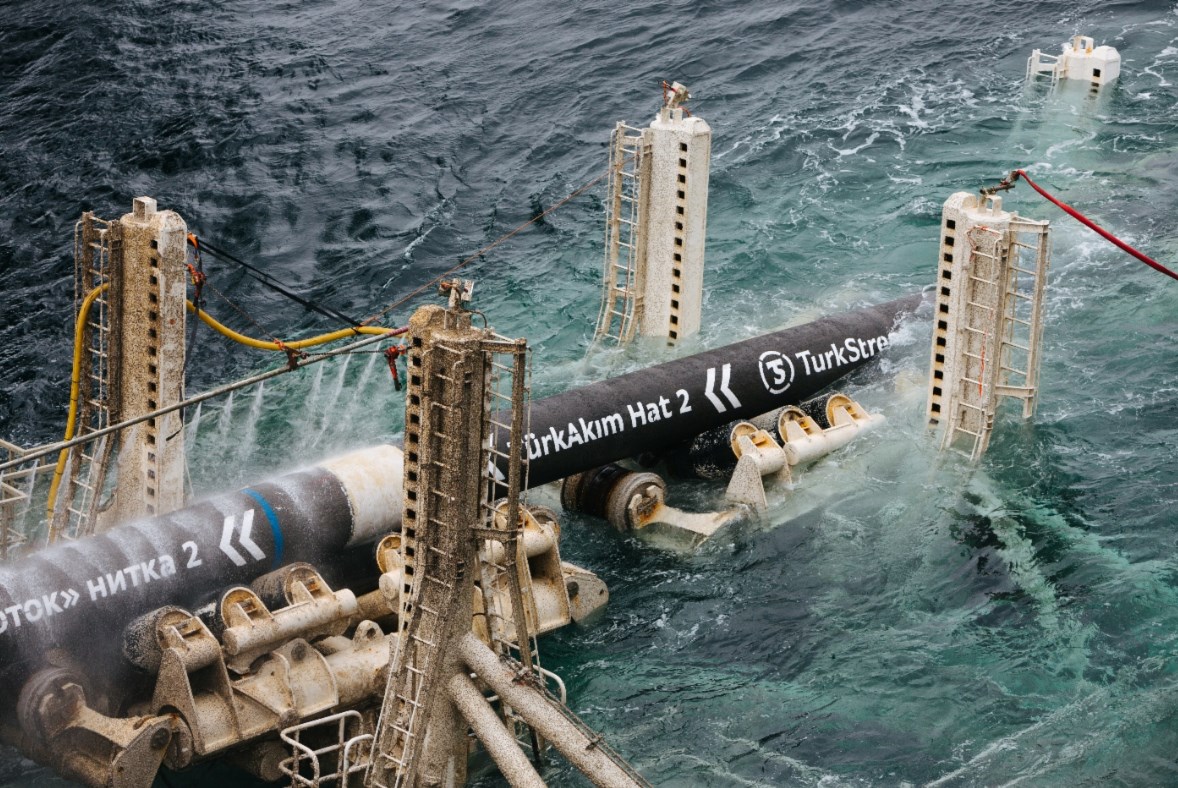 The "Turkish Stream" project consists of two pipeline branches with a capacity of 31.5 billion cubic meters (bcm). The first branch will supply gas directly to Turkey, while the second is to be used to deliver gas to European countries through Turkey.

Internationally, the idea of the "Turkish Stream" raised for the first time when the Russian President, Vladimir Putin, announced on 25 May 2014, that his country had decided that the "South Stream" pipeline to transit gas to Europe will go through a state which is not a member in the European Union.

After that decision, Russia announced at the beginning of December 2014, the cancellation of the "South Stream" pipeline project, which was supposed to go through the Black Sea to Bulgaria, the Balkan republics, Hungary, Austria, and Italy.

The cancellation was due to the European Union attitude towards what it sees in the project as a monopoly for the project by the Russian gas company "Gazprom."

Russia decided to rout the pipelines to transport gas through Turkey to reach the borders of Greece, and create a gas complex there, to supply later to the consumers in the southern Europe.

Chairman of the Gazprom Board of Directors, Alexey Miller, declared that the new gas pipeline will be pumped to Europe with a capacity of 63 billion cubic meters (bcm) annually.

After a few days, on the 11th of December,  the Turkish Minister of Energy and Natural Resources, who was at that time Taner Yildiz, announced that Ankara and Moscow have agreed to name the new project as "The Turkish Stream." And then, the two countries agreed that 47 billion cubic meters (bcm) will go to Europe, while 16 billion cubic meters (bcm) is for the Turkish consumption. Then the technical studies of the project started between the two sides at the early of February 2015.

On June 26 of the same year, Gazprom reported that it has completed the engineering studies for the part of the project which will go under the Black Sea. But there were some disagreements about technical points and another related financial side between Turkey and Russia led to stop working for a while.

On the 2nd of October 2015, the Russian Energy Minister, Alexander Novak, said in a speech to the Anatolia agency that there is a modification on the project and it will become only two pipelines, not four as it was agreed upon earlier, with a total capacity of 31.5 billion cubic meters (bcm) annually. 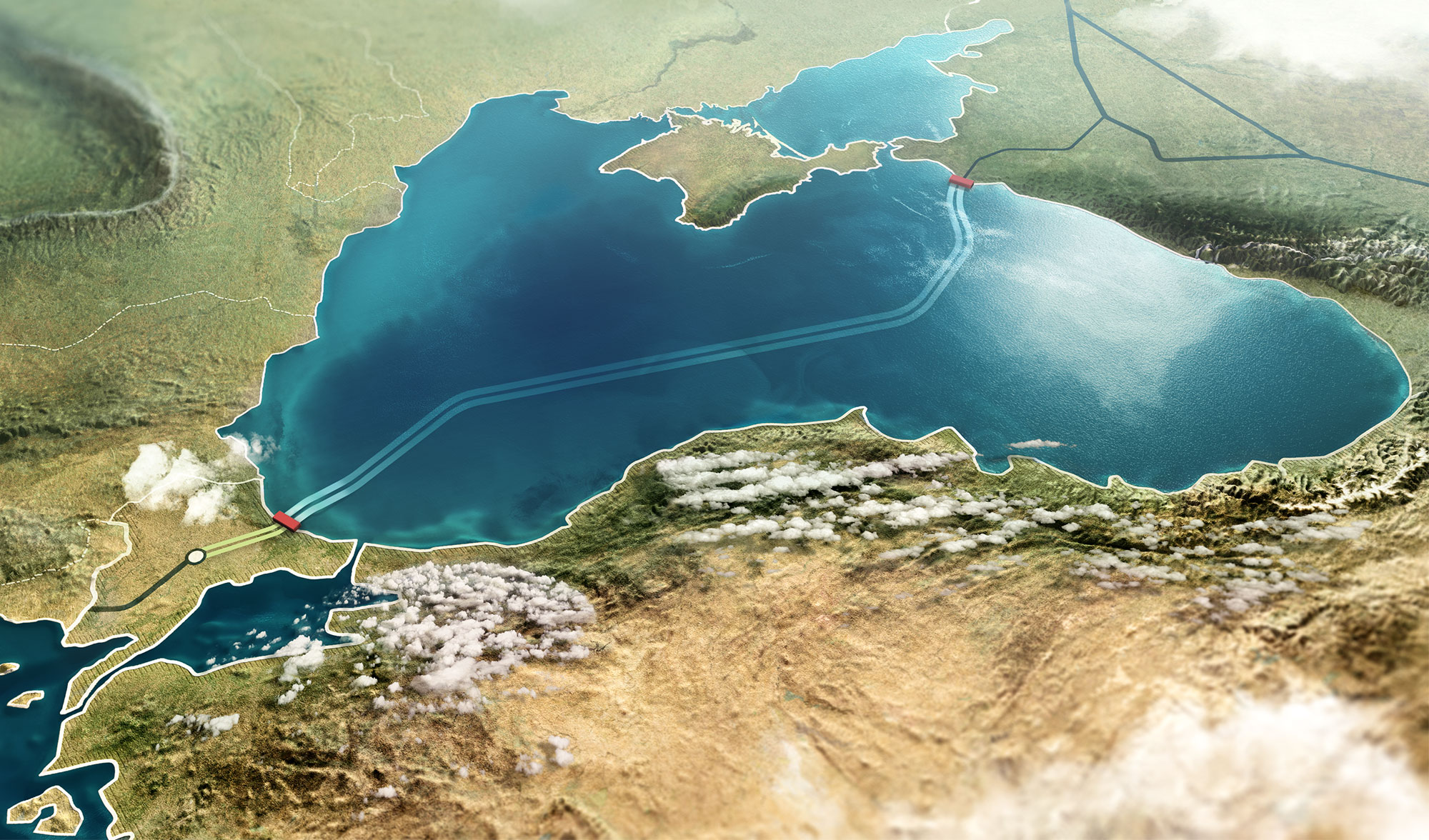 After Turkey shutting down of a Russian Sukhoi Su-24M bomber aircraft on 24 November 2015, when the latter violated the Turkish airspace near the Syria–Turkey border in the state of "Hatay" southern of the country, the relations between Ankara and Moscow was put under great strain, which led to suspending the project altogether.

And, there were signs of normalization of relations between Russia and Turkey, following the consolation message sent by the Turkish President to his counterpart the Russian President, at the end of June last, in which he expressed his sadness about shutting down the Russian plane, and his sympathy with the family of the dead pilot, followed in a few weeks later by Erdogan's visit to Russia, in August, the two sides agreed to implement a set of concrete actions, in order to push forward their relations as quickly as desired.

The Return of the Turkish-Russian Diplomatic Relations

The "Turkish Stream" project is considered of the most prominent topics discussed by Erdogan with Putin during their first meeting after the crisis of shutting down the Russian aircraft. Then the Russian Minister of Energy, Novak, said in a press statement that he was discussing very closely with his Turkish counterpart concerning the "Turkish Stream" project, drawing attention to the possibility of establishing the first-line of the project in the second half of 2019.

Signing the TurkStream Gas Pipelines Project by Turkey and Russia

On 31 August 2016, the Turkish Energy Minister, Albayrak, held a closed-door meeting with a delegation from Russia's Gazprom, where they put the last touches on the project and discussed the latest technical studies to develop it. In October 9th, successfully the Turkish and Russian governments signed on the agreement.

It is worth mentioning that Turkey is considered the second largest consumer of the Russian gas after Germany, as it imports about 30 billion cubic meters (bcm) of Russian gas yearly through two pipelines "Blue Stream," which goes under the eastern Black Sea, and "the Western Pipeline," which goes across the Balkan republics.

It is also noteworthy that the trade exchange between Turkey and Russia reached a volume of $ 35 billion per year before the crisis, and it dropped down to between 27 and 28 billion dollars through the same year.