The Rights and Duties of Turkish Citizens

The Rights and Duties of Turkish Citizens

Advantages of Holding a Turkish Passport

The industrial, commercial and productive development has made Turkey a prominent place around the world, having remarkable attention from various countries to trade partnerships for the exchange of various investments.

The Turkish passport is one of the passports that is marking a significant increase in positive indicators, where the access rate as of the date of writing this article has reached 56%. Thus, the Turkish citizen can travel to 62 countries without a prior visa, 44 countries with visa-on-arrival and 5 countries with electronic visas.

Because of Turkey's active diplomacy, the Holder of the Turkish Passport easily obtains visas for countries that only allow entry on a prior visa, such as the European Union, the United States of America and Britain, as Turkey is a strategic trading partner of those countries, and has several trade agreements and customs facilities with these countries.

The holder of the Turkish passport is subject to international protection, and Turkish embassies and representatives provide protection and assistance to their nationals in all countries of the world, in coordination with the governments of different countries.

The holder of the Turkish passport enjoys full Turkish citizenship rights, from ownership in Turkey, running or voting in elections, participating in politics, and benefiting from all health, legal, educational and other services.

What are the Rights of Turkish Citizens?

1. The Right to Reside in Turkey and Benefit from All Services

Turkish citizens have the right to reside, move freely and living in Turkey, in addition to their full right to benefit from all basic services provided by the state, such as health care, etc.

2. The Right to Education

Turkish law provides the right of free education for any Turkish citizen with Turkish identity, with compulsory education free of charge until the end of the basic stage (sixth grade). At the intermediate, university and postgraduate levels, the Turkish government provides services to Turkish citizens at nominal and cheap prices with many scholarships.

3. The Right to Health Care

Turkish citizens have the right to get health care, with Turkish government hospitals and primary care centres covering all cities and residential neighbourhoods in Turkey.

4. The Right to Vote and Stand for Election

Under Turkish law, all Turkish citizens over 18 have the right to stand for election or vote in any civil, local, presidential or parliamentary elections.

5. Applying for All Government Jobs

The holder of Turkish identity has the right to apply for all government jobs, both inside and outside the country in accordance with his specialization, study field and stated conditions, and is entitled to take full advantage of the benefits granted by the government job.

Every Turkish citizen is free to travel and move, under which he or she is entitled to obtain the turkish passport from the state and to travel between different countries of the world. 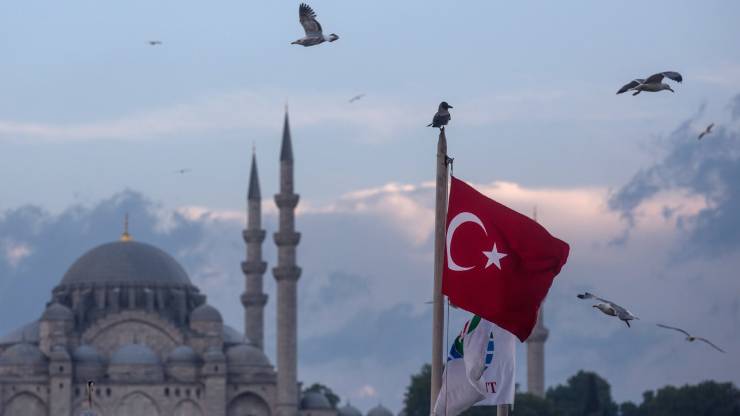 What are the Duties of the Turkish Citizen?

In Turkey, compulsory military service applies to all male citizens from twenty to forty-one years of age. The law also includes new naturalized persons, but if a foreigner obtains Turkish citizenship after he has passed the age of 21, he is exempt from military service in Turkey. Those who are engaged in higher education or vocational training programmes prior to their military drafting are allowed to defer service until they have completed the programmes or reach a certain age.

One of the most important duties of Turkish identity holders (Turkish citizens) is to defend the homeland, by preserving national values, not cooperating with hostile states, not engaging in hostilities against civil and internal peace or threatening the vital and national interests of the country.

3. Respecting the Rights of Others

The Turkish Constitution guarantees the freedom of all members of society to choose how to dress and religious beliefs, and Turkish law imposes respect for every citizen's rights without diminishing anyone's rights.

It is the duty of a Turkish citizen to preserve and take care of the public property of the state and not to sabotage or damage public installations or property, and to maintain security and not commit any legal violations.

Paying taxes and insurance fees to the state periodically are some of the most important duties of the Turkish citizen towards the state so that services can continue to be provided and developed.

Turkey is an emerging economic market and offers valuable investment opportunities, and is one of the countries experiencing an upward curve in its economic growth at the international and regional levels.

Like many countries around the world, Turkey grants citizenship to foreigners under several conditions and laws.

Read also: Conditions For Obtaining Turkish Citizenship By All Means

Investment in real estate is one of the shortest and fastest ways to obtain Turkish citizenship, with Turkish law granting a foreign investor - who buys a property in Turkey for $400,000 - Turkish citizenship and his family under the age of 18.

Legal affairs
Conditions for obtaining Turkish citizenship by all means

Learn about the conditions for obtaining Turkish citizenship by common methods, such as buying a property, bank deposit,...