Information about the Uskudar area of Istanbul and its tourist places

Uskudar faces the European part of Istanbul city, this alone provides an exceptional scene like no other, not only that, but it is also the gateway between Asia and Europe and the civilizational history repository of the Ottoman Empire

Information about the Uskudar area of Istanbul and its tourist places

The name of Uskudar area was not away from my ears even if I had not visited Istanbul before, perhaps, its name became so famous that both ears and hearts hear about it, because of what this area has known throughout history and eras, and by what has been circulated by riders, tourists, and even historians about its beauty in an exceptional location on the gate of Asia Continent from the side of the Bosphorus opposite the European part of Istanbul city.

We in Imtilak Real Estate, through the following lines, will talk about all the aspects of one of the most beautiful areas in Istanbul and the pearl of its classy neighborhoods, so that our article becomes a document that defines this important historical, touristic, and real estate area. 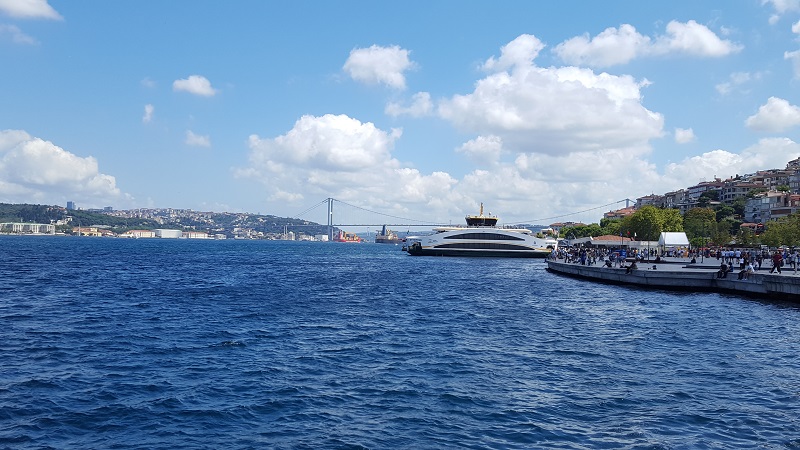 The area of Uskudar In Istanbul is located in a valley surrounded by hills and open to the sea as the Bosphorus Strait meets the Marmara Sea, and the Uskudar area is surrounded by the areas of Kadikoy, Umraniye, and Beykoz.

Its lands and hills descend slightly from north to south towards the Bosphorus Strait, and within its borders lies the hill of Sefa Buyuk Camlica (268 meters above sea level), on which the Camlica Mosque was built (the largest mosque in Turkey), and the Kucuk Camlica hill (229 meters above sea level), which are among the most prominent tourist centers in Istanbul and all of Turkey.

The climate of Uskudar enjoys the climatic characteristics of the Marmara Sea in terms of moderate temperatures but some cold wind comes to it from the Balkans, its summer is hot and relatively nice while its winter is rainy. The average annual temperature is 15 degrees Celsius and the average annual rainfall is between 650 - 700 kg per square meter, the average annual humidity is 75%.

The coastal area of Uskudar is known for being relatively narrow. The Uskudar Beach is distributed between areas open to the public and others closed for the tourist facilities.

Uskudar is one of the richest areas in Istanbul in terms of green areas. Its total area is 36 square kilometers and it has a population of 582 thousand and 666 people distributed over 33 neighborhoods through which 2501 roads and alleys pass through.

Here is a table for its neighborhoods' names:

Education and Health in the Uskudar area of Istanbul

Also, the Uskudar area contains a wide network of health institutions and hospitals that cover health services, some of which are specialized university hospitals such as the cardiovascular hospital, children's hospital, etc... Physiotherapy and rehabilitation centers, and medical clinics.

Uskudar area is one of the unique locations in the Asian part of Istanbul because it is located in the Marmara Sea area but it also has wide views over the Bosphorus and the European side of Istanbul city, this has given it great importance and made it a central area for real estate investment for several reasons, the most important of which are:

Tourist Attractions in Uskudar and The History of Uskudar

During the Ottoman Empire era, Uskudar used to be one of the areas in which many sultans built their palaces, in addition to mosques, baths, markets, and other establishments, it is now abundant with historical monuments of great importance, these factors have made of it a global symbol of Istanbul and Turkey, thus, it became the focus of attention for the investors and the investment value in it has increased to the maximum levels. 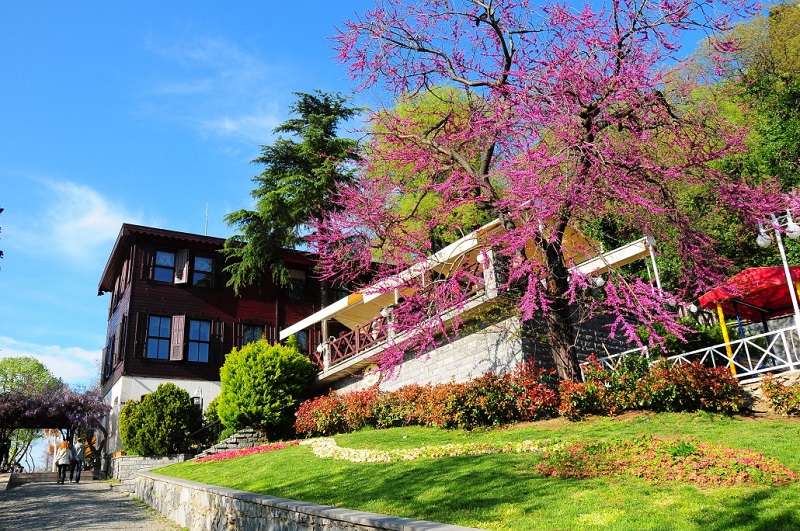 The most important historical and tourist attractions in Uskudar Istanbul:

For more information, read our article: Halkali-Gebze Train Raises Property Prices On Both Ends Of Its Road

In this regard, perhaps the most special thing in Uskudar is the fact that it is located on one of the two sides of the Bosphorus Strait Bridge that was recently named the 15 July Martyrs Bridge, and it is one of the most important and famous transportation routes in Turkey and the world. The fact that the area is located in this central location and bing this vital; have contributed to the rise and increase in the real estate investment value, and you can see this clearly when searching for apartments for sale in Uskudar, especially in recent years. 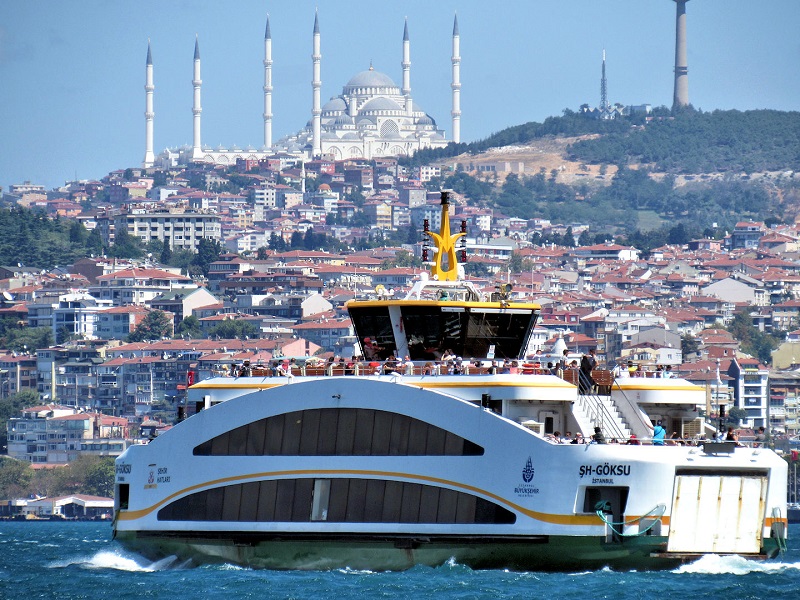 How do I go to Uskudar?

Uskudar area can be reached from the city's European side using public transport, the most important of which are:

Prices of apartments in Uskudar area of Istanbul

No doubt that the record of real estate sales as well as the monthly and yearly averages of sales; play a big role in the rise of real estate investment value for the area, for example, if we look at apartment sales in Uskudar, we find that in recent years they have achieved the average sales rate of 350 apartments per month according to the latest official statistics. This number is a clear indication for the large increase in demand for Uskudar real estate which is increasing year after year, not to mention the sales of villas in Uskudar and other types of real estate. The best evidence for this is the increase in real estate prices in the Uskudar area, and the following chart shows the rise in the square meter price value for the residential apartments: 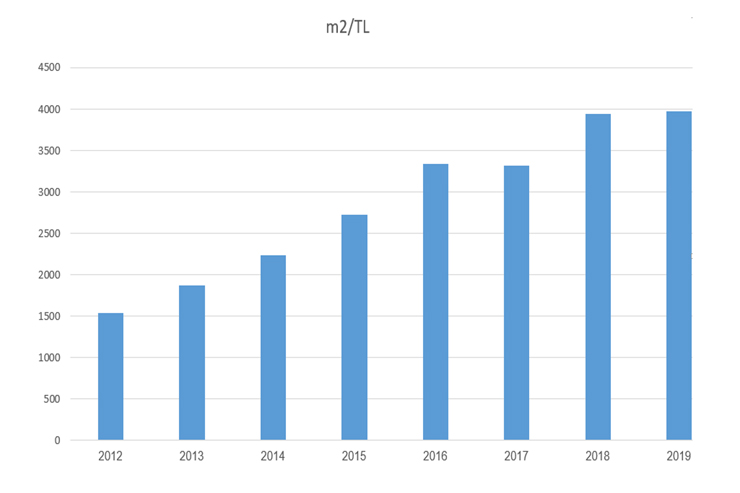 Urban development in the Uskudar area of Istanbul

The Uskudar area has always been having great interest from the Turkish government due to its historical importance, unique location, and the increasing demand from tourists and vacationers, this was evident in the public transportation and municipal services that this area has, in addition to its famous landmarks. 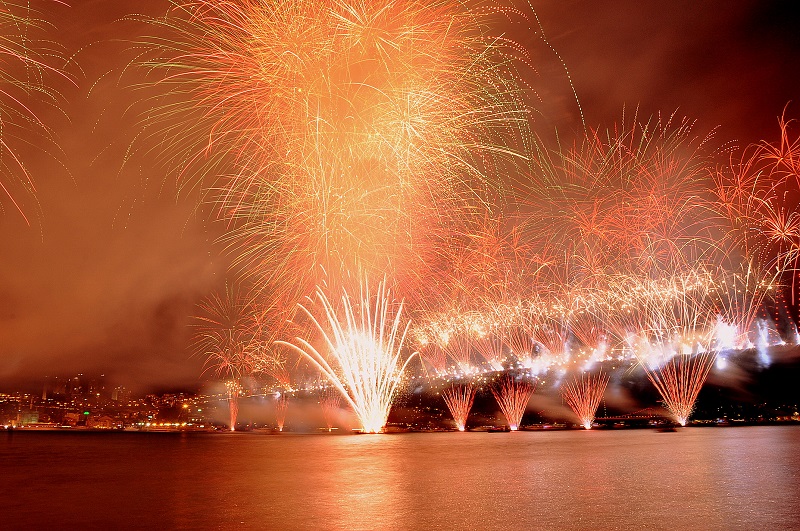 The importance of its location has been attracting more large investments in the construction sector and made it one of the most important centers that host the most luxurious residential and commercial projects in Istanbul.

The Uskudar area has its own administrative independence and its own municipality, which is developing the area by undertaking several important public projects to make it look always at its best.