The eighth edition of the largest exhibition of its kind (Halal Expo) opens in Istanbul, Turkey.

The eighth edition of the "Halal Expo" for halal products and the "Seventh World Halal Summit" was launched in Istanbul, Turkey, on Thursday 25/11/2021, for the member states of the Organization of Islamic Cooperation.

It is planned that the activities of the summit and exhibition, in which companies representing 35 countries participate, will continue until November 28, 2021, at the Istanbul Exhibition Center.

During the opening session, Turkish Vice President Fuat Oktay said: "I wish well for the exhibition, and we are happy to host the conference and summit, where there are 60 speakers from a large number of countries and 400 participants from 35 countries."

Increasing global interest in these products

Mr. Aktay added: "The important reason for halal products is the convenience of placing products for Muslims, so that these products are in demand globally from non-Muslim countries, and they are now produced by countries such as Brazil, France, and New Zealand."

He added, "The halal market was 4 trillion dollars in 2017, and today it has reached more than 7 trillion dollars, which increases the importance of the exhibition and its role in establishing commercial partnerships in the current session, and we hope to achieve our goal." 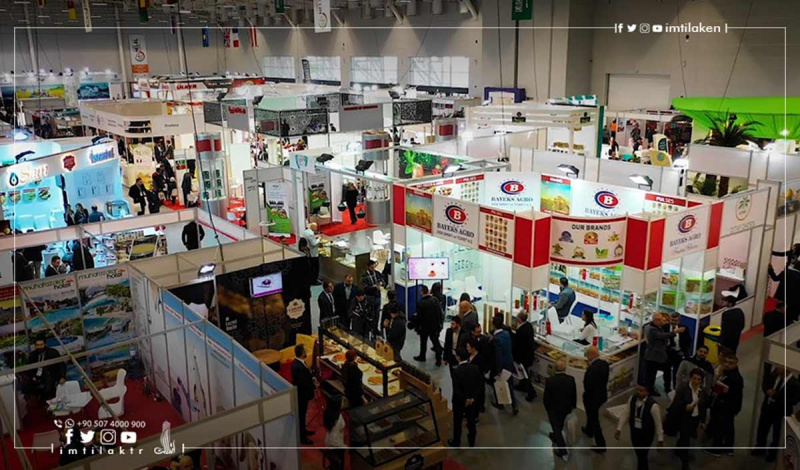 Aktay concluded by saying: "Turkey will continue to support communication to reach consensus in determining standards and standards for halal products with all its capabilities."

In turn, Ozgul Ozkan Yavuz, Deputy Minister of Culture and Tourism of Turkey, pointed to the continuous growth of the halal economy, which includes in its structure many sectors, ranging from medicines to clothing.

She explained that Turkey has a geographical location that gives it an advantage in the field of halal tourism, as about 400 million Muslims are only a few hours away from it.

Global reliance on the halal economy

For her part, Latifa Al-Bouabdalawi, Director-General of the Islamic Center for the Development of Trade, said in her speech: "The figures and expectations indicate that the volume of halal trade will reach more than 7 trillion dollars in 2023 and that it will constitute an important economic lever for several countries and give them opportunities for businesses related to the rural economy. ".

It is expected that this year's Halal Expo will be attended by visitors from more than 25 countries.

The exhibition, which is the largest of its kind in the world in the field of halal products, witnesses meetings between hundreds of sales delegations coming from different countries, and marketing and commercial meetings, in a move aimed at strengthening the position of the halal sector in the world.

The Halal Certification Foundation of the Turkish Ministry of Trade will also participate in the exhibition, as it has a special stand at the exhibition.