As of the end of 2021, Turkish contracting companies have implemented about 1,686 projects with a total value of $78 billion across the continent.

Since the end of 2021, Turkish contracting companies have implemented about 1,686 projects in the African continent, with a value exceeding $78 billion, and as a result, job opportunities have been provided to more than 100,000 people as a result of these projects.

These successes were the result of an active diplomatic movement on the part of Turkish officials in Africa during the last two decades, in which the number of Turkish embassies increased to 42.

The year 1972 was the first global and African launch for Turkish contracting companies to work outside the country’s borders, specifically in Libya, and then the Turkish construction companies tightened their control over many global markets in the field of construction such as Russia, the Middle East, and Africa.

Turkish contracting companies have earned the trust of many countries and proven their efficiency and ingenuity in implementing major projects with the utmost professionalism, making them the biggest competitors of Chinese companies in Africa.

The most important projects implemented in Africa

In just 17 months, despite the repeated closures of Coronavirus and the accompanying logistical difficulties, the Turkish Contracting Company (Summa İnşaat) was able to complete the construction work of the stadium with the help of its team of 2,500 people, at least 70% of whom are Senegalese, and during construction 349 suppliers were dealt with. Turkey, along with 155 local companies. 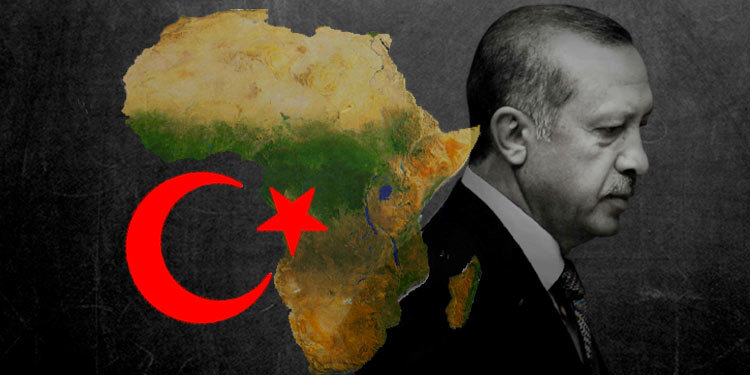 A large volume of trade exchange and wholesale investments

The volume of trade exchange between Turkey and the African continent increased from $5.4 billion in 2003 to $25.4 billion at the end of 2020.

Turkey seeks to raise the volume of its trade with Africa to $50 billion annually in the first stage, and then to $75 billion in the next stage, according to statements by Turkish officials during the "Third Turkish-African Economic Forum" held in Istanbul at the end of last year.

Turkish investments in Africa are distributed to many countries, such as Ethiopia, Nigeria, South Africa, and Rwanda.

Turkish companies are active in these countries in many sectors, primarily food, energy systems, construction, and agriculture, as well as commercial activities.