In his speech at the opening ceremony, Erdogan congratulates Turkey on the March 14 Medical Day and said that medical staff was in high status throughout the year.

Erdogan pointed out that Ankara Medical City is the ninth medical city to be opened in Turkey, following the medical cities in Yozgat, Mersin, Isparta, Adana, Kayseri, Elazığ, Eskisehir and Manisa. 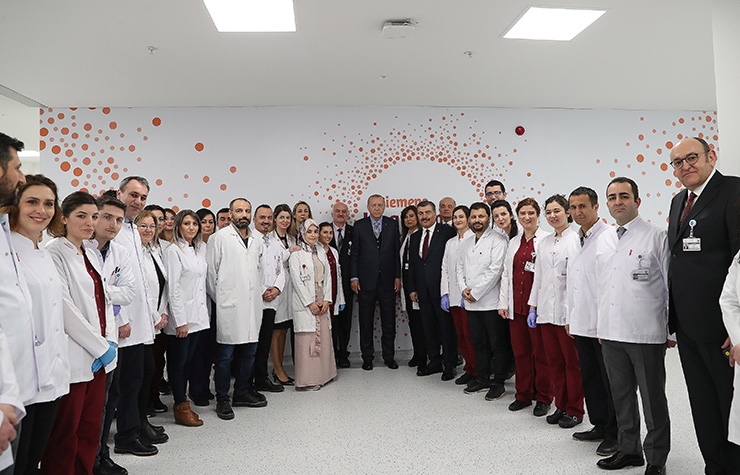 He pointed out that the construction is continuing to build the medical "Etelik” city in Ankara, announcing that it will be opened by the end of next year, and will exceed the capacity of three thousand and three hundred beds.

Erdogan also announced that the health valley and a technology development area related to life sciences will be established in the area around Ankara Medical City.

Ankara Medical City will contain the largest medical laboratory in Turkey, as well as two Heliports.

Tourism revenues in the second quarter of this year rose 190.2%, compared to the previous year, achieving $8.717 billion...

The Saudis lead foreigners in the demand for medical tourism in Turkey during the post-Coronavirus period, according to...

4,871
Search for your apartment