Erdogan accepts King Salman's invitation to visit Saudi Arabia, on a visit that started on Thursday and will last for two days.

The statement said that the Turkish president will hold wide-ranging talks with the Saudi side on a two-day visit, in which regional issues and relations between the two countries will be discussed.

Commenting on this visit, the Turkish Ministry of Foreign Affairs praised, on its website, the historical relations linking Turkey and the Kingdom of Saudi Arabia.

According to previous reports published by the Saudi Press Agency, the history of relations between the two countries dates back to 1929, after the signing of the Friendship and Cooperation Agreement. 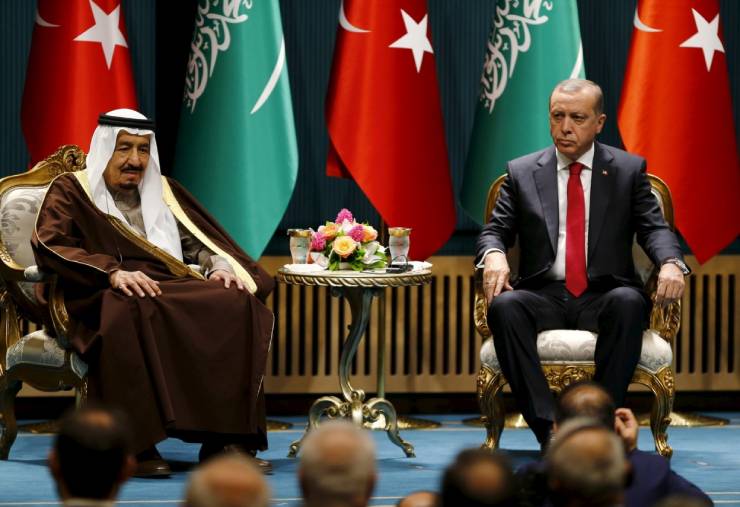 Observers confirmed that Turkish-Saudi relations witnessed a qualitative leap during the era of Turkish President Recep Tayyip Erdogan and King Salman bin Abdulaziz, as 2015 was the peak of prosperity in relations between the two countries, as it witnessed the holding of three summits, the first in the Saudi capital, Riyadh, and the second in the Turkish state of Antalya. And the last, during the visit of the Turkish President to the Kingdom on 29 December.

The result of those relations was several agreements and strategic cooperation between the two countries, but this understanding fainted during the crisis of the murder of Saudi journalist Jamal Khashoggi at his country’s consulate in Istanbul in 2018.

This visit comes, according to analysts, to restore relations and restore trade, investment, and political relations between the two countries, which are based on restoring common interests.

2,860
Search for your apartment