What are the most important government investment projects in Istanbul, and what is the impact of the Galataport on the tourism and economy of Istanbul? What are the prices of real estate and offices around the port?

The Galataport is one of the most important government investment projects that will be opened this year to be a prominent tourist attraction in the heart of Istanbul, and a new source of tourism for the city of two continents and its economy.

The project was established on an area about 1.2 km in length in the Galata area of Istanbul and it is expected to be opened early this year. The Turkish Minister of Culture and Tourism Mehmet Nuri Ersoy said that it will be one of the largest tourist ports in Turkey, and it will contribute to providing tourism with no less than two million tourists a year through nearly four thousand cruises through five hundred ships, and it is expected to provide the tourism with about 25 million foreign tourists, and to contribute to an annual income of nearly one billion US dollars.

According to studies carried out by IFA Real Estate Appraisal Company, in recent years and during the construction of the Galataport, the surrounding area witnessed a great demand for investment especially in the tourism sector and in the establishment of tourism facilities. 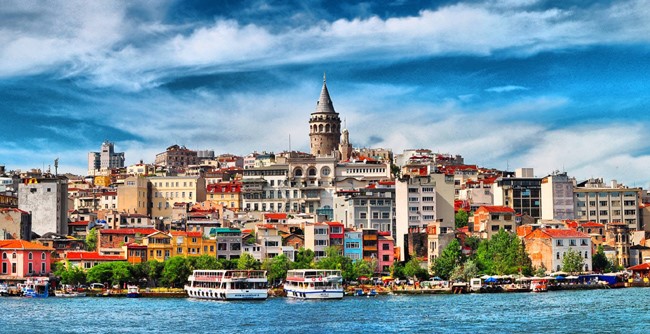 Mrs. Seyma Sehileri, the director of research and evaluation at the company, stated that "the region has witnessed a significant increase in rents since the start of the establishment of the project, and it is known that this tourist port will contribute to attracting high-income tourists which heavily raised the investors' demand for the commercial real estate and for the buildings around the port project, especially the Karakoy area, in which the investors began buying the old buildings to rebuild and convert them into hotels and tourist facilities, the area has also witnessed a great demand for investments in many other sectors.

Prices are between two to four thousand USD

2,874
Search for your apartment