The lines of Istanbul International Airport and Sabiha Airport on the Asian side are on the list of priorities in completing their connection to the Istanbul metro network before the end of the year.

Metro lines are one of the most important means of transportation that contributed to reducing distances and developing transportation networks in Istanbul. The metro network has received great attention from the Turkish government, manifested in the establishment and development of many lines in various areas of the sprawling city.

According to information published by Anadolu Agency, citing the Ministry of Transportation and Infrastructure, the ministry intends to introduce three new lines into service before the end of this year.

Not to mention, the three lines whose implementation task was assigned to the Ministry of Transportation and Infrastructure by a decision of the President of the Republic, are part of a network of seven lines with a length of 103 km, where the Ministry has drawn up the necessary plans to introduce them into service before the end of the next year 2023.

What are the three lines and what are the points that connect them and the areas they pass through? 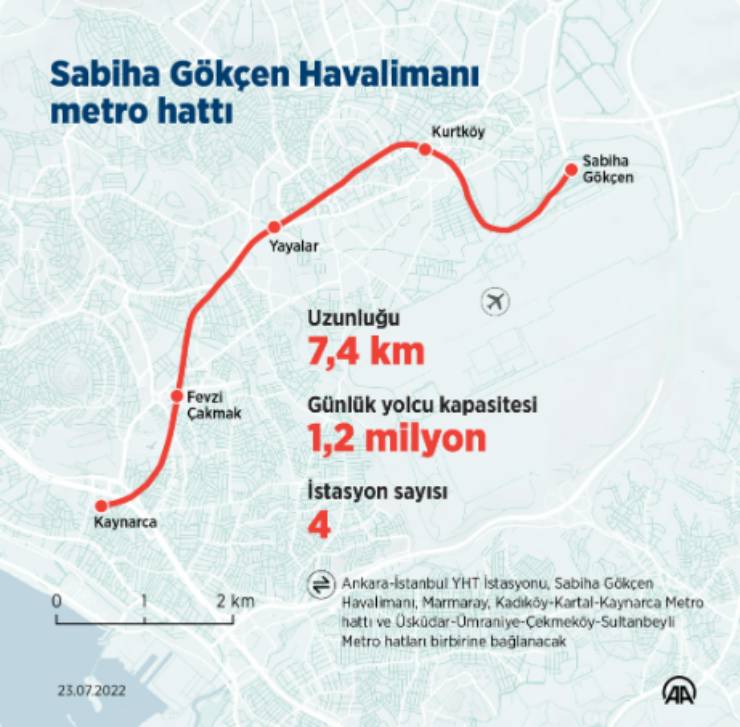 This line extends over a distance of 7.4 km starting from Kayananarca in the state of Sakarya, close to the Asian section of Istanbul, reaching Sabiha International Airport, passing through five stations:

This line connects Sabiha Airport with several metro and train lines, the most important of which are the Istanbul-Ankara high-speed train line, the Marmaray metro line, the Kadikoy Kartal Kainarca metro line, and the Uskudar Sultanbeyli metro line, with a capacity of 1,2 million passengers per day.

The Ministry of Transport and Infrastructure announced that it has completed 92% of the public works for the construction of this project and that it will put it into service before the end of this year. 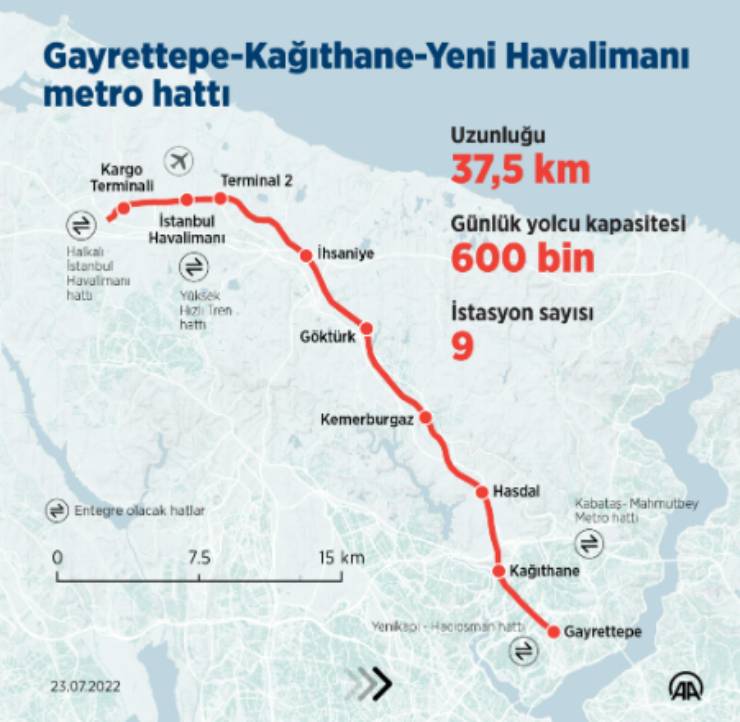 The length of this line is 37.5 km, linking the Gayrettepe district of Beşiktaş and the new Istanbul airport, passing through the Kağıthane district, and it is considered one of the most important transportation nerves that connect the center of Istanbul with its new airport. The capacity of this line is 600,000 passengers per day and consists of nine stations:

According to information issued by the ministry, the excavation and relay work in the first five stations have been fully completed and the line will be opened for service by the end of this year. 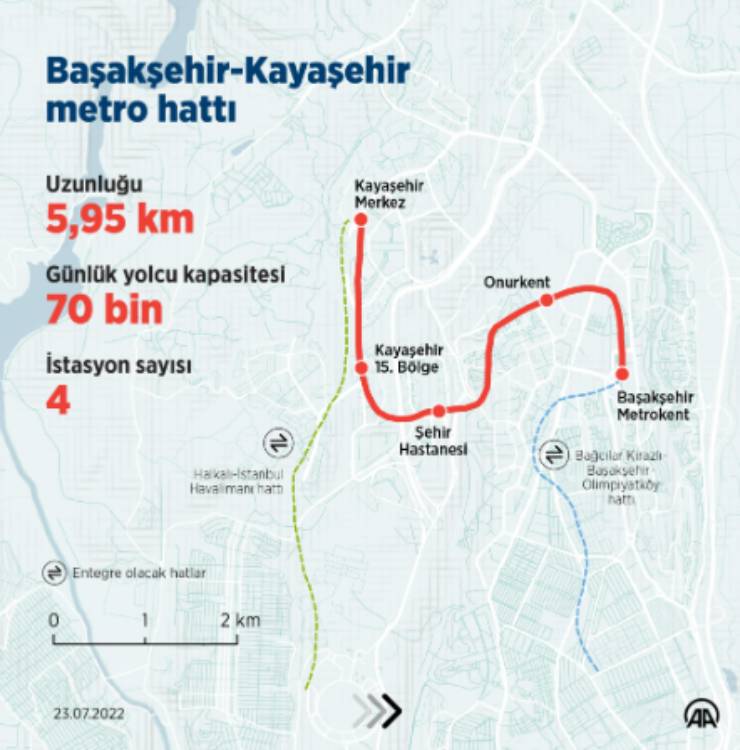 It’s one of the important lines that will have a major contribution to facilitating transportation in Istanbul, as it connects many areas of the city to the medical city of Başakşehir, which is the most important health facility in Istanbul.
It is the line whose construction work was in the custody of the Greater Istanbul Municipality, and then the task of its construction was referred to the Ministry of Transport and Infrastructure by a decision issued by the President of the Republic on April 30, 2020. The line is 5.95 km long and is an extension of the Bağcılar Kirazli - Kent Metro line, and passes through five stations as follows:

The information issued by the ministry stated that all construction work related to this line has been completed, with some work remaining in the tunnel connected to the Kayaşehir Center station, which is expected to be completed soon so that this line will enter service before the end of the year and operate with a capacity of 70,000 passengers per day.

2,840
Search for your apartment