Turkish President Erdogan inaugurates Atlik Medical City in Ankara to be the largest medical city in Turkiye, with a total area of ​​1,022,725 square meters

Turkish President Recep Tayyip Erdogan inaugurated Atlik Medical City in the capital, Ankara, on Wednesday 28/9/2022, to make Atlik one of the largest medical cities in Europe, and the largest in Turkiye in terms of area.

The medical city was inaugurated in the Atlik district of the capital, Ankara, with the participation of Turkish President Recep Tayyip Erdogan and Minister of Health Fahrettin Koca.

To this day, Turkiye has registered the opening of 20 medical cities, the first of which was in 2017, in the central state of Yozgat, making Atlik the 20th medical city in all of Turkiye.

According to the information from the Turkish Ministry of Health, more than 175 million health services have been provided in the nineteen medical cities since its opening. 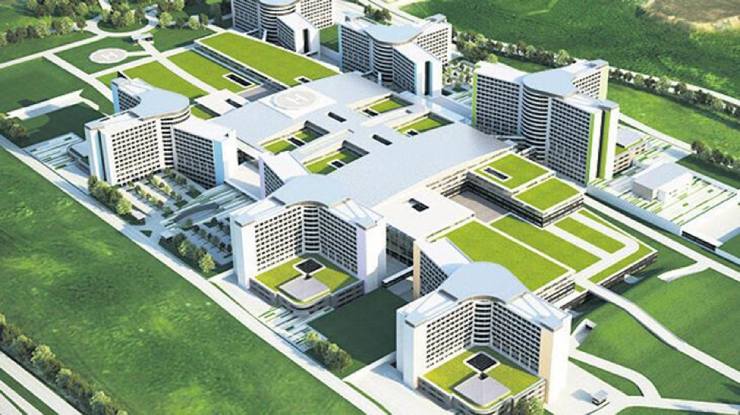 Atlik Medical City was built in the form of a medical complex, and it includes 1000 clinics, 125 operating rooms, and 4,050 beds, including 691 beds for intensive care, and 3,359 beds for the rest of the medical departments.

The Best Universities In Ankara And Their Advantages

Your Guide To Getting To Know The Hospitals In Ankara

2,794
Search for your apartment