Saudi Ambassador to Turkey Walid Al-Khuraiji participated in the opening of the new office of the Saudi Trade Attaché in the Turkish city of Istanbul amid a high officials’ presence.

According to a statement published by the Saudi embassy in Turkey through its official account on Twitter. 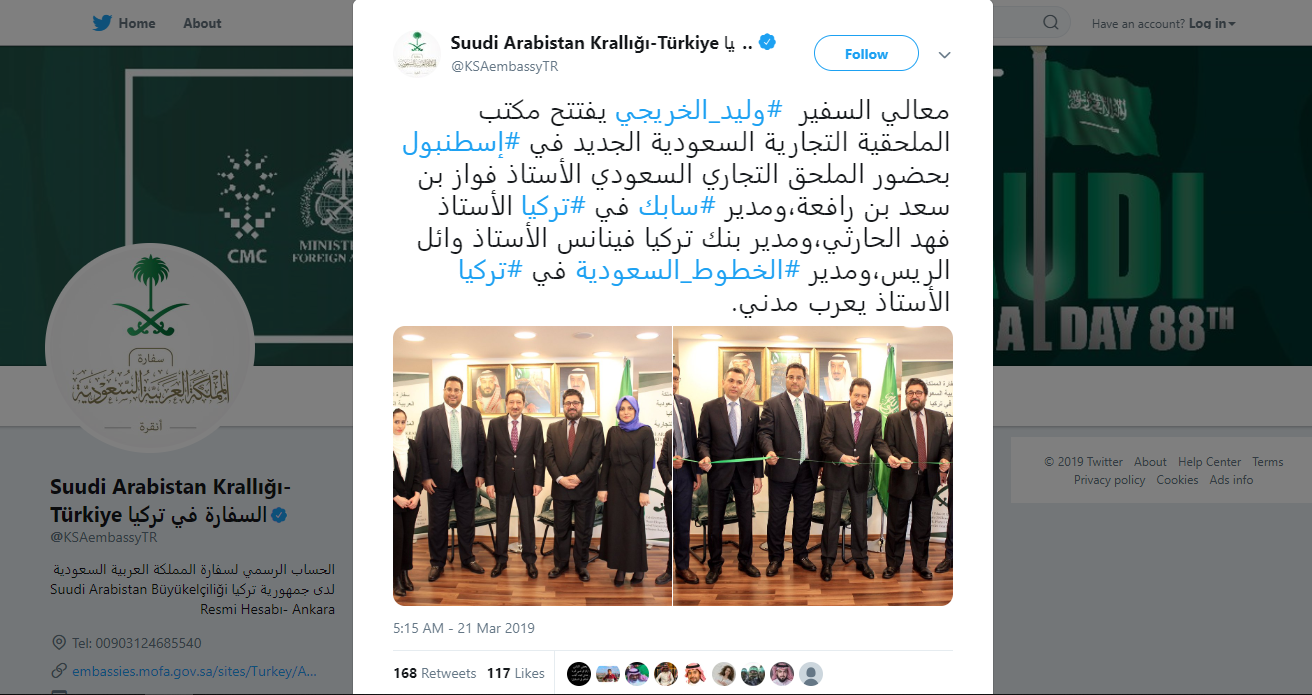 The Turkish real estate sector is one of the most popular commercial sectors in Saudi Arabia, where investors are active in various fields of investment in Turkey.

Studies indicate that Saudi companies and investments in Turkey have increased significantly after Turkey's adoption of more laws and regulations that help to invest in many sectors, such as tax cuts and other facilities that attracted investors significantly.

Over the years, Saudi Arabia has been one of the most foreign countries to invest in real estate in Turkey.

According to data from the Turkish Statistical Institute, the ownership of Saudis in Turkey in real estate for 2017, for example, exceeded 3,300 properties by up to 100 percent from 2016, thus the Saudis were the second most foreign nationalities that owned real estate that year.