Exceptional data shows the superiority of the Turkish economy in the first quarter of this year. Turkey has the opportunities to compete for the first place of the global production

Turkey has lived through the Corona crisis and was able to get out of its dark tunnel with the least possible losses. These measures taken in all life sectors have achieved their desired goals, making the world look with admiration to the successful Turkish experience.

The Turkish economy topped the indicators of global economic growth in the first quarter of this year with a 4.5% growth rate.

The Turkish Statistical Authority announced last week that the Turkish economy has achieved a 4.5% growth in the first quarter of this year, and the issued statistics showed that the gross domestic product increased by 16.2% in the first quarter of this year compared to the same period in 2019, and reached one trillion, 71 billion, and 98 million Turkish liras, which is the equivalent of about 157 billion and 514 million US dollars.

For his part, Mr. Nigel Rendel, Director of Medley Global Advisors, said: “The growth of the Turkish economy by 4.5% in the first quarter was within the expectations”, given the positive data that concluded 2019. 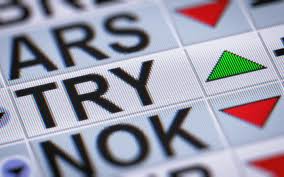 According to the report of the Organization for Economic Cooperation and Development (OECD) issued in mid-May 2020; the growth rate of the Turkish economy in the first quarter of this year is considered a record rate compared to the rest countries of the world.

The report indicated that Turkey's economy has achieved a 4.5% growth, Lithuania 2.5% growth, then the United States of America and Denmark by 0.3% growth, while many global economies have suffered from a significant economic contraction, in Canada it reached -1.6%, in Germany -2.3%, and in France, it is -5.4%%.

That Turkey's economy topped the list of countries of the Organisation for Economic Co-operation and Development, the G20 (Group of Twenty), and the European Union during that period.

In this context, the economist Jason Toffe, the prominent expert at the London-based "Capital Economics", said: "The Turkish economy has achieved distinguished growth in the first quarter of this year, and this is due to the strong performance of Turkey in January and February".

In a statement by Mr. "Jason Toffe" for the Anadolu Agency, he mentioned the increase in spending and investments in Turkey during the first quarter of 2020.

Regarding the post-Corona period, Mr. P. Mattis, a senior economist at the Netherlands-based "Rabobank Group" for banking services, said: "The Coronavirus global crisis can create important opportunities for Turkey ".

Mattis believes that there is a chance for Turkey to be a country that attracts foreign companies wishing to have a diversify their plans in importing goods, or the companies that are going to replace their main source of goods between China and Europe, stressing that Turkey can become one of the largest production bases in the world due to its many advantages and activity in all kinds of production fields.

In the same context,  Imtilak Real Estate emphasizes the opportunity that the investors may take advantage of in the field of the calculated investment in Turkey, whether in the real estate sector or other fields, taking advantage of the successive positive data.

1,851
Search for your apartment