A detailed guide to the Osmangazi district of Bursa

A detailed guide on everything related to the Osmangazi area in Bursa and the advantages of living, owning, and investing in it. Read at Imtilak Real Estate.

A detailed guide to the Osmangazi district of Bursa

An overview of the Osmangazi district in Bursa

Osmangazi district is the largest and most densely populated district of the city, as the district was divided into three municipalities before the local elections in 2009, and then those municipalities were grouped to become a major district that extends over an area of ​​1,165.2 square kilometers and includes about 841,756 people living in 136 residential neighborhoods, and more than 8802 main and secondary streets.

The reason for naming the Osmangazi district in Bursa with this name is due to the invader Osman bin Ertugrul, founder of the Ottoman Empire, as the area includes his tomb and the tomb of his son Orhan. 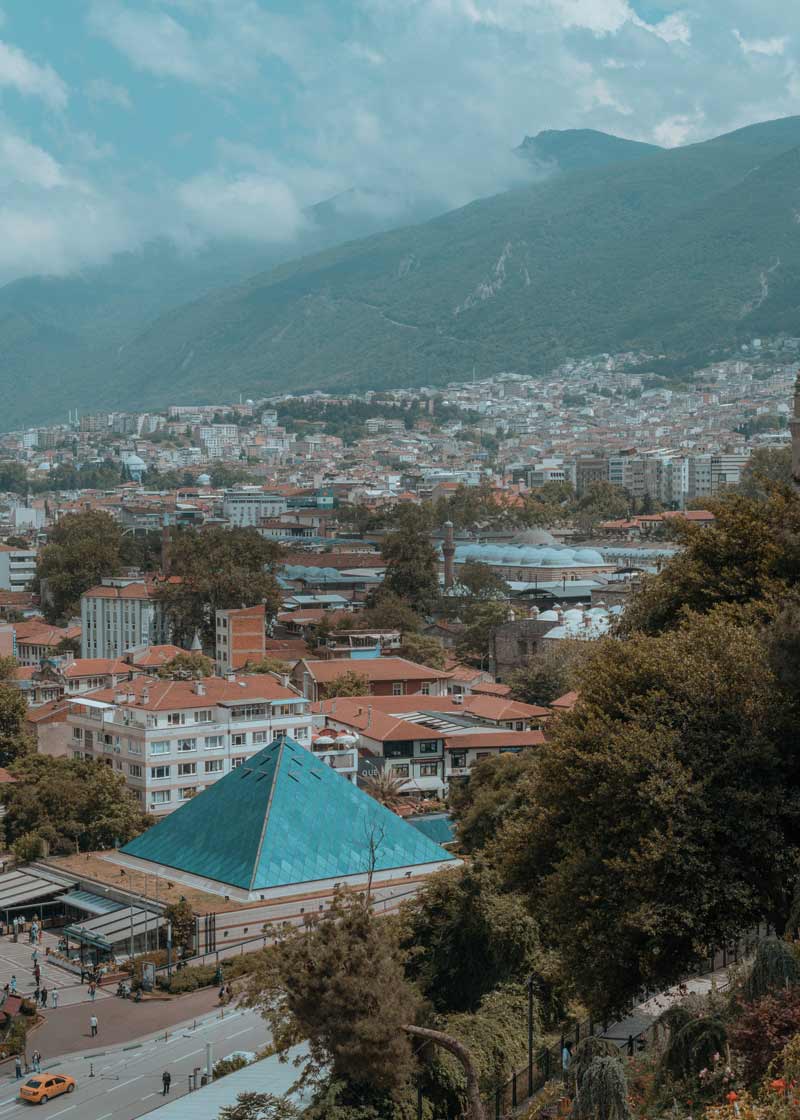 Location of Osmangazi district in Bursa: its location

Osmangazi is located in the center of Bursa, extending on the outskirts of the famous Uludag Mountain, bordered to the east by the Gok Dere Valley, to the west by the Nilufer River, and the new Mudanya Road, and the north by Mount Katerli.

Osmangazi is distinguished by its strategic location, as the region is considered a major node linking the roads that connect to the major cities of Istanbul, Izmir, and Eskisehir, in addition to its proximity to several vital centers, such as Mudanya Port, which is 31 km from the region, and Yenişehir Airport, which is a distance of only 47 km.

Infrastructure in Osmangazi district of Bursa

The infrastructure of the Osmangazi district is linked to the important factories located in it, which produce on a local, regional and international level, such as automobile and steel factories, and others. Therefore, the infrastructure of the area is considered a developed and modern structure that rises to the level of the large factories that operate in it, which in turn serve the residents of the area, with complete separation, and the residential areas are not affected by the industrial areas. 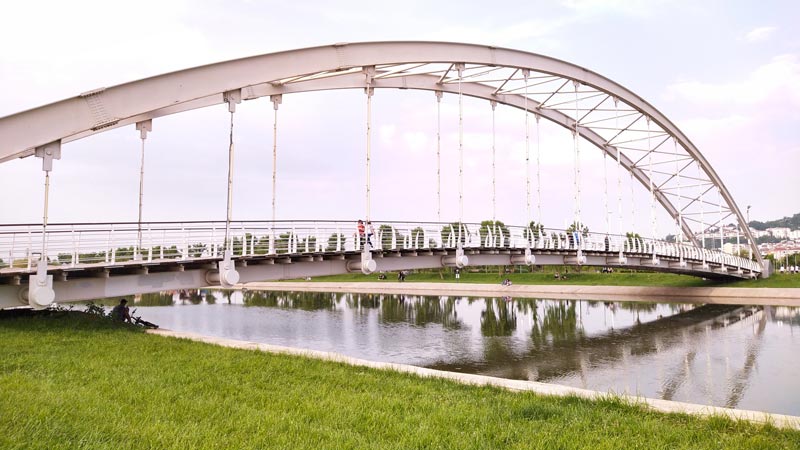 Universities and schools in Osmangazi in Bursa

Osmangazi in Bursa includes many public and private schools that include all levels of education. The district also hosts many faculties of Uludag State University, which are highly rated at the level of Turkish universities, which teach in both Turkish and English.

Osmangazi is characterized by health centers that provide services to the population, and these centers vary between hospitals such as the government hospital and the university hospital and private primary care clinics spread in the neighborhoods of the region.

Markets and shopping centers in the Osmangazi district of Bursa

Osmangazi district, according to official statistics issued by the municipality of the region, contains more than 554 restaurants, cinemas, and shopping centers.

These markets vary including large malls such as Ozdilek Bursa Mall, Kent Meydan Mall, Suryapi Marka Mall, Anatolium Mall, and historical popular markets that were built since the Ottoman era, such as the historical Kozahan Market, which includes 100 shops spread over two floors and is still operating until now.

Osmangazi includes the most important historical and natural tourist attractions in Bursa, such as:

Osmangazi district is distinguished by its highly-rated hotels, as the district includes 88 hotels equipped to serve tourists and visitors. 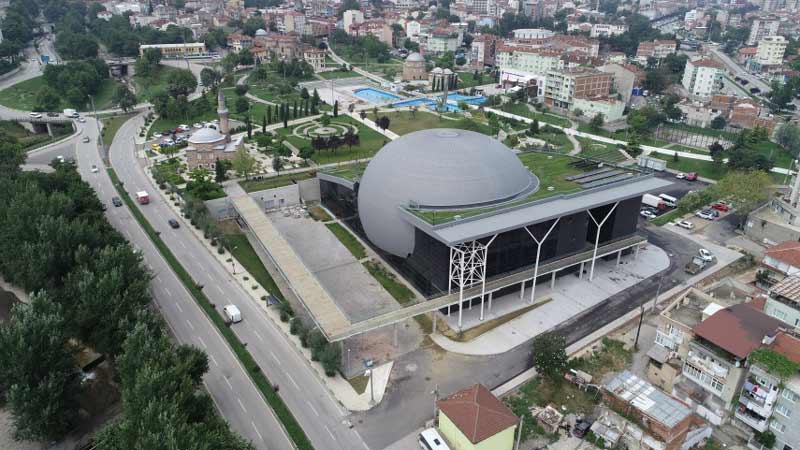 What are the advantages of living in the Osmangazi district of Bursa? 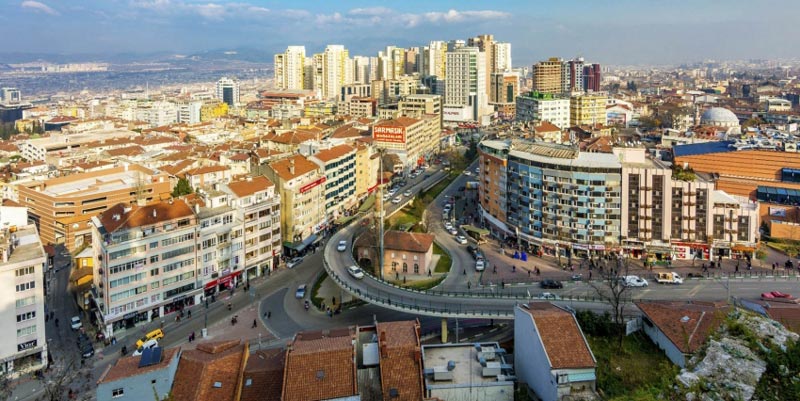 What are the advantages of owning an apartment in the Osmangazi area of ​​Bursa?

The average price per square meter for apartments in the Osmangaazi area of ​​Bursa ranges between $1000 and $1500, and these prices are affected by various factors such as the age of the building, the size of the apartments and their designs, in addition to the quality and volume of services provided within these residential complexes.

What are the fields for real estate investment in Osmangazi, Bursa?

Imtilak Real Estate experts classify the Osmangaazi area in Bursa as an emerging investment area, where real estate prices increase steadily at fixed rates, and the value of the investment area appears in the extent to which construction companies are willing to build modern residential complexes in it.

Due to the natural beauty of the area, and its historical and touristic value, the Osmangazi area in Bursa is one of the areas that increase demand for real estate, which increases investment opportunities in terms of high rental returns or resale.

Therefore, a concept is formed that leads to the Osmangazi district in Bursa city being an area with distinct investment opportunities for those wishing to invest in real estate in Turkey.