Sponsored by Imtilak Group, with official and regional participation | The Arab-Turkish Business Summit starts in Gaziantep

The Turkish state of Gaziantep is preparing to host one of the most important economic summits in Turkey and the region, under the distinguished sponsorship of Imtilak Investment Group

Sponsored by Imtilak Group, with official and regional participation | The Arab-Turkish Business Summit starts in Gaziantep

The state of Gaziantep, in southern Turkey, is preparing to host the second edition of the Arab-Turkish Business Summit, which will start next Saturday, June 11, with wide official and regional participation, and official sponsorship by Imtilak Real Estate company.

The aforementioned summit will be launched at the Şahinbey Municipal Conference Center, which is organized by the International Business Forum (IBF) in cooperation with the Association of Independent Businessmen and Industrialists (MUSIAD), the Ministry of Commerce, and the Gaziantep Municipality.

About 1,000 Turkish, Arab and foreign businessmen are scheduled to participate in the summit. On the official level, the summit will have the participation of the Turkish Ministers of Trade, Treasury, and Finance, as well as ministers and officials of other countries from the Arab and regional neighborhoods.

In addition to the discussion sessions, the summit will also witness other events, most notably bilateral meetings between representatives of the business world, visits to factories in Gaziantep, establishing new business partnerships and links, and discussing investment opportunities. 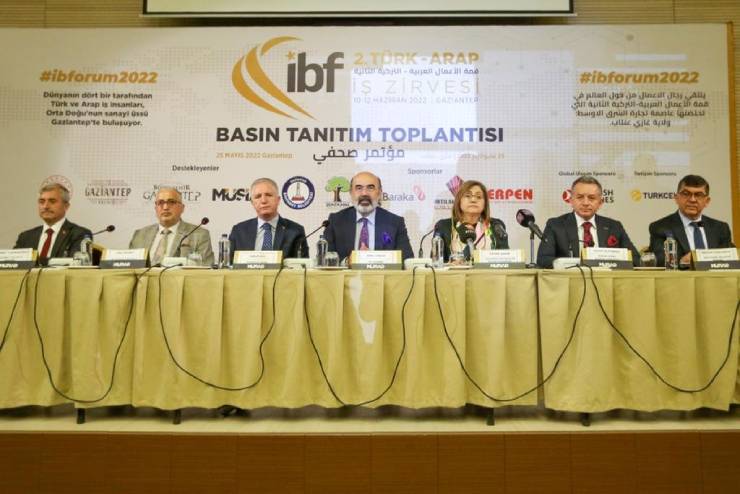 Commenting on the matter, Erol Yarar, President of the International Business Forum, said They aim through the Arab-Turkish Business Summit to enhance investment opportunities, regional trade, and cooperation between businessmen and clients.

He added that they expect to conclude agreements worth $5 billion during the upcoming summit.

Gaziantep is among the 7 most competitive global cities!

Mr. Yarar referred to the potentials and capabilities offered by Gaziantep, which he described as the "industrial base of the Middle East", especially in the fields of agriculture, foodstuffs, health, tourism, and construction.

He stressed the competitive strength of the Turkish state, which he said continues to grow and develop constantly, pointing to its classification by the World Bank among the 7 most competitive global cities.

In his previous statements about the summit, in early April, Mr. Yarar said it was decided to hold the next business summit in Gaziantep due to its historical, industrial, and commercial location, as it is located on the ancient Silk Road and is located on the roads and ports linking the East and West and is considered the rising star of Turkey. 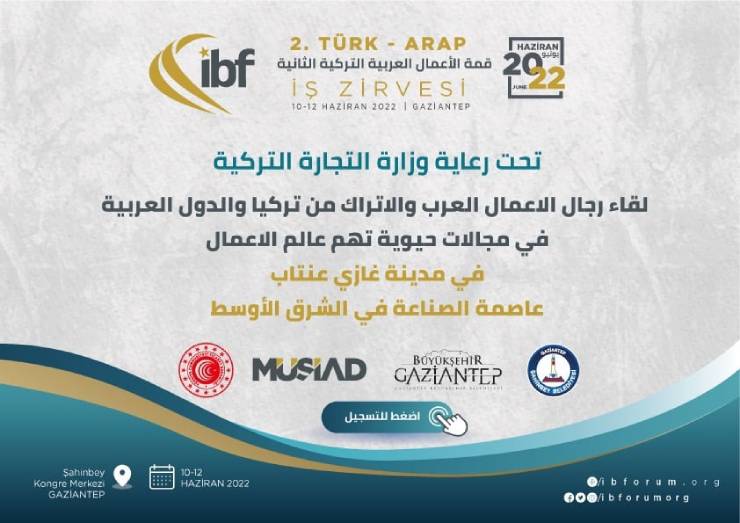 Flights between Gaziantep and Baghdad

Mr. Yarar explained that the Turkish Ministers of Trade, Treasury, and Finance informed the International Business Forum of their intention to participate in the summit, pointing to the participation of a high-ranking Iraqi delegation headed by the Minister of Trade.

He focused on the importance of Iraqi and regional participation in the Arab-Turkish Business Summit, pointing out that Iraq had prepared its largest budget in its history, at a value of $150 billion.

He continued, "During our discussions, the Iraqi side confirmed its desire to conclude purchase contracts from Turkey in various fields. In this context, more than 200 businessmen from all over Iraq are participating in the summit."

Also, he pointed out that the summit will also witness discussions to launch direct flights between the Iraqi capital, Baghdad, and the Turkish state of Gaziantep.

Summit of an international character

In this context, Mr. Yarar said that businessmen from Germany, Europe, Azerbaijan, and other Turkish republics will also participate in the Arab-Turkish Business Summit, adding: "Therefore, we can say that the summit will be of an international nature rather than a regional one."

It is expected that delegations from more than 20 different countries will hold talks to conclude purchase deals in Gaziantep.

Among the most prominent countries whose businessmen are participating in the second edition of the Arab-Turkish Business Summit are Iraq, Syria, Egypt, Jordan, Yemen, Palestine, Saudi Arabia, Qatar, UAE, Kuwait, Tunisia, Algeria, Libya, Mauritania, Morocco, Pakistan, Somalia, Azerbaijan, the Turkish Republic of Northern Cyprus, as well as some European countries.

Opportunities for cooperation over $100 billion

Mr. Yarar stressed that the summit will provide opportunities for cooperation between Arab and Turkish businessmen, pointing out that the volume of Arab-Turkish trade exchange is less than the available opportunity.

He noted that there are opportunities of more than $100 billion for trade cooperation between Turkey and 22 Arab countries, while the current account represents only 11% of these opportunities.

Mr. Yarar said: "The war in the region led to destruction, therefore we insist on taking advantage of the available opportunities and the new atmosphere, and with the improvement of relations with the countries of the region, there will be rapprochement with the Arab countries, especially Saudi Arabia, the UAE, and Egypt."

In April 2019, the activities of the Arab-Turkish Business Summit were held in Istanbul, over two days, under the auspices of the "MUSIAD" Association.

At the time, 700 Arab businessmen participated in the summit, in addition to dozens of their Turkish counterparts, representing 150 Arab and Turkish companies.

The summit aims to build bridges of communication between Arab and Turkish businessmen and to enhance commercial relations between the companies of the two sides.

People from all over the world come to live in Antalya, increasing the sales of real estate. In the last five years, 41,...