Istanbul is preparing to operate the Galata port in April 2021

Istanbul is preparing to operate the Galata port and receive cruise ships in April, after years of hard work, and the completion of work on the construction of the port.

Istanbul is preparing to operate the Galata port in April 2021

Galata Port which has started to count down to run in the city center, will stimulate and promote tourism in Istanbul on one hand, and increase the movement of the real estate market in the surrounding areas on the other.

The countdown to the Galata Port operation starts

Galata Port in Istanbul is one of the most important government investment projects, and one of the highlights of the tourism sector in the two continents.

Work on the construction of the Galata port began in 2016, by completing the demolition and reconstruction of some buildings on the land of the project, which extends over 1.2 km, starting from the Karaköy Marina, and up to the campus of Mimar Sinan University in the Fındıklı area.

And it was stated in a news published by the Turkish newspaper Hurriyet: “After years of hard work, Istanbul witnesses at the beginning of April the first passenger ship anchored in the Galata port for cruise ships, after the completion of work on the construction of the port and its related buildings”.

The project is one of the largest projects that will give Istanbul more beauty and will provide the tourist sector with an attractive landmark for tourists from Turkey and around the world. 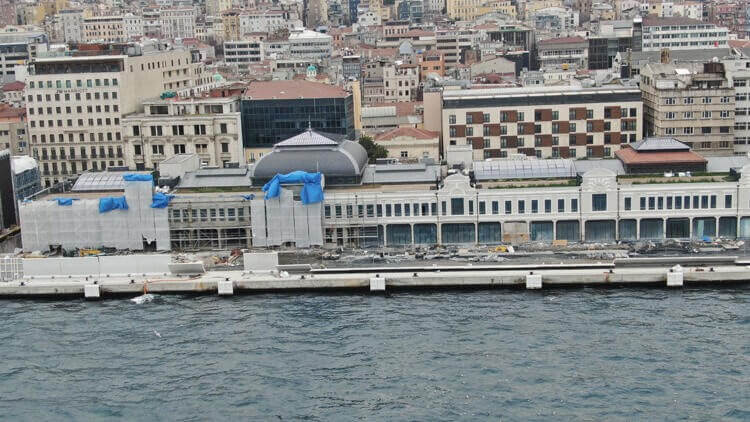 One of the most important features of this edifice is its administrative construction, which spans 29,000 square meters below ground level and 16 meters below water depth, prepared for passenger transactions.

This administrative construction was created with construction technology, first applied worldwide, and this huge port is equipped for the reception of large ships, with more than 6000 passengers. 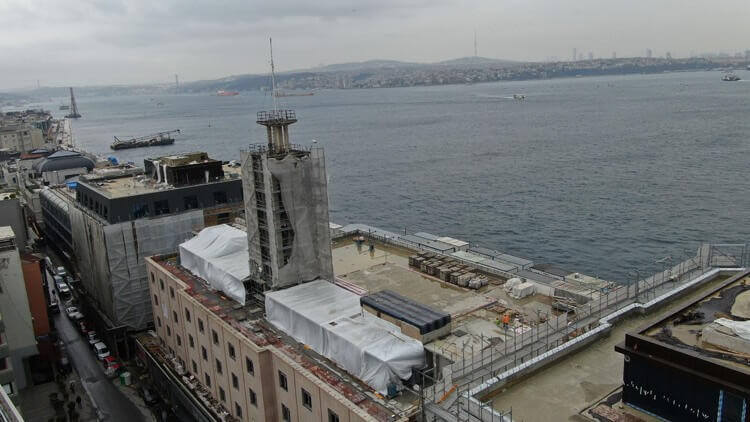 Galata Port is not just a cruise ship dock, it is an integrated project that is a huge center for tourism and business and will lift the real estate market in Istanbul.

Galata Port, therefore, includes a large number of commercial properties, which are for rental for investment as restaurants, cafes and shops, with a total area of 52 m2.

It also houses a large number of office properties, with a total construction area of 43,000 square meters, and provides employment opportunities for 5,000 people.

This facility, which will be open to the public, is expected to receive 25 million visitors and 7 million tourists at its tourism and commercial facilities in a year, 1.5 million passengers via docking ships, and the tourism sector is expected to generate income of up to $5 billion per year. 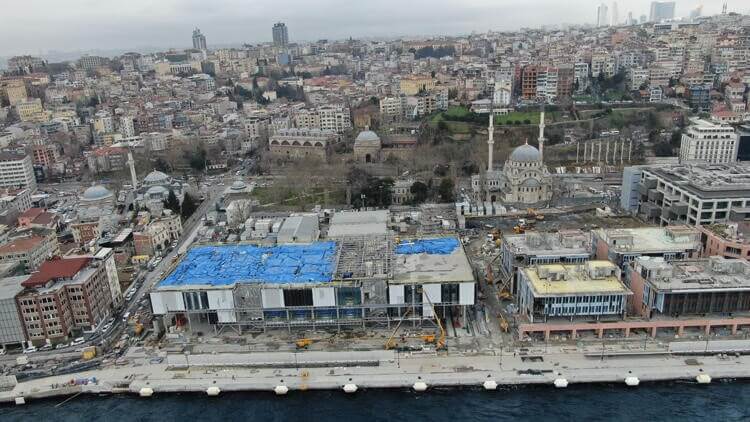