Starting to issue licenses and title deeds, related to the city that is planned to be built on the canal route, according to the Turkish newspaper Sözcü.

The work of getting building permits and title deeds has begun, with regard to the area that is planned to be established on the Istanbul Water Canal route, follow the rest of the details through Imtilak Real Estate.

The Istanbul Canal Project, the project that Turkey and the world are looking forward to, how not? While it will greatly contribute to easing the burden on global shipping traffic in the Bosphorus Strait.

The Istanbul Water Canal, which Turkish President Recep Tayyip Erdogan described as the "Project of the Century", stressed the start of its completion this year at a rapid pace, in terms of planning and implementation, starting with the construction of the first bridge on the channel's route in late June.

On the other hand, according to news published by the Turkish newspaper Sözcü: Work has begun on the issuance of licenses and title deeds related to the city that will be built on the canal route.

On May 4, 2021, approval was obtained from the Turkish Ministry of Environment and Urban Planning, for the urban plan for this city, in the area located in the Tatarcik neighborhood in the Basaksehir region.

This approval was prepared in accordance with the provisions of Article 18 of the Turkish Reconstruction Law and attached to the relevant title deed bonds, and this approval will be suspended for a month, starting on May 21, 2021, in order to receive objections to it.

The licenses are in the final stages

Emlak Kulesi Real Estate newspaper quoted Mr. Nadir Ataman, a member of the Greater Istanbul Municipal Council, as saying: "The submission of title deeds related to the construction plans in the Tatarcik area, and the suspension for objection in accordance with Article 18 of the Construction Law, is the last stage for obtaining the necessary licenses for construction".

He continued by saying: "This was preceded by the preparation of the construction plans in the areas of Sahintepe, Avcilar, Tahtakale, and Yarimburgaz, and we learned that the first, second, and third phases of the Arnavutkoy area will be completed in accordance with Article 18 within the next few days”.

Mr. Ataman added: "In this way, the full details of the new city project, which will be built on the canal's route, will be revealed before its cornerstone is laid in late June". 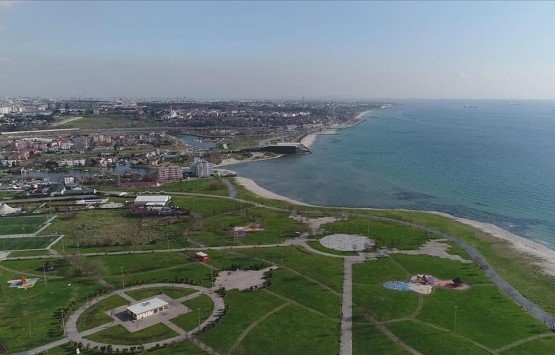 Information on the scheme

According to the scheme approved by the Turkish Ministry of Environment and Urban Planning, the area of ​​​​the part located in the Basaksehir district is approximately 5.7 million square meters.

It will be used as a "special area for the new Istanbul Canal project", which includes many services such as hotels, markets, residential and commercial buildings, and it is expected that the population in this area will reach approximately 45,000 people. 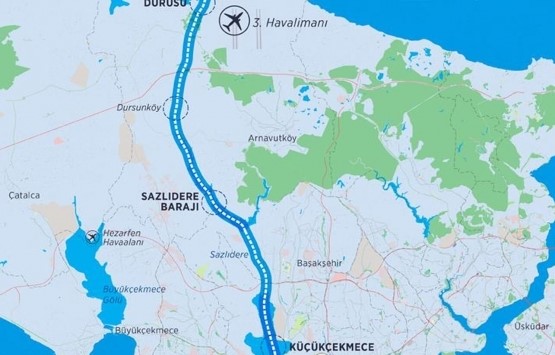