With joy and enthusiasm, the ancient mosques of Istanbul are decorated in preparation for the coming of the holy month of Ramadan.

With the advent of Ramadan in Turkey, and as every year, preparations were completed in Istanbul in preparation for the holy month called Sultan of the Months in the country.

The return of the Ramadan vibes again

The cases of infection and death from the Coronavirus pandemic have decreased significantly in Turkey, with the continuation of vaccination campaigns, which leads to the lifting of preventive measures, whether in Turkey or in many countries of the world.

With joy and enthusiasm, the mosques of Istanbul are decorated, ready to receive their visitors from the worshipers, the fasting worshipers, and the repentant, to complete their worship during a month of mercy and solidarity in the hope of forgiveness from God and acceptance. 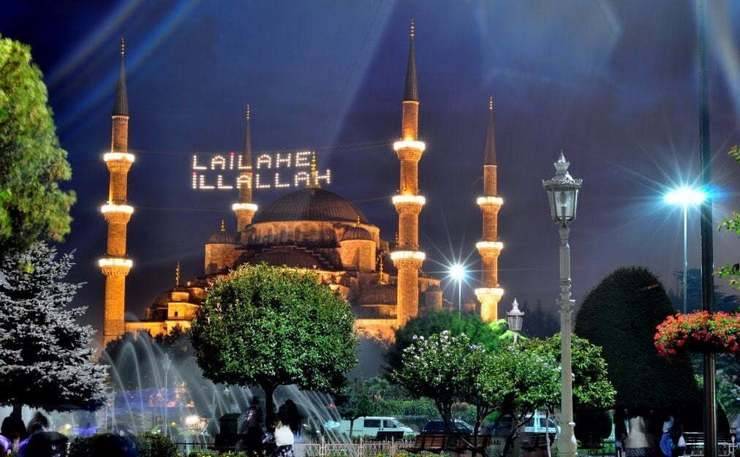 The string lights that are suspended between the minarets of mosques, are suspended in most of the major mosques in Istanbul, and it is one of the signs of the advent of the holy month, and they remain suspended until the end of Ramadan.

They are light banners that are hung during the month of Ramadan between two minarets in large mosques in Turkey and carry religious phrases that change throughout the month, dating back to the Ottoman era.

This tradition goes back 450 years, when the first signs of string lights during the reign of the Ottoman Sultan, "Ahmet I", were hung between the two minarets of the famous "Sultan Ahmet Mosque".

During the preparations for the holy month this year, Al-Mohaya lights were also hung on the most famous minarets in Turkey, perhaps the most important of which are in the Hagia Sophia Mosque in Istanbul, the Sultan Ahmet Mosque, and in other states.

The courtyards of the famous mosques in Istanbul are also witnessing the intense movement, especially with the advent of spring, and the blooming of flowers and roses.

These courtyards and courtyards in mosques witness joy with the preparations that are completed in mosques from cleaning operations and hanging lights, as visits to mosques intensify, especially with the establishment of the five daily prayers. 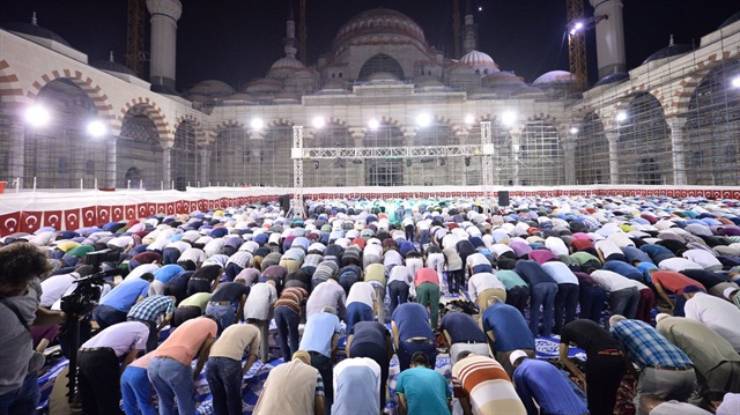 The first Tarawih prayer in Hagia Sophia in 88 years

The Hagia Sophia Mosque, which in turn is preparing to receive the first Tarawih prayer in 88 years, witnesses intense visits around the clock, as the mosque bears great symbolism in the conscience of the Turkish street.

On July 24, 2020, Friday prayers were held in the Great Hagia Sophia Mosque for the first time in 86 years since it was converted into a museum, in the presence of Turkish President Recep Tayyip Erdogan, his deputy Fuat Oktay, Parliament Speaker Mustafa Santob, ministers, other officials and heads of parties.

Hagia Sophia is located in the Sultanahmet district of Istanbul, and it was a mosque for 481 years, then it was converted into a museum in 1934, and it is one of the most important architectural monuments in the history of the Middle East.

One of the most prominent cleaning events in the month is the preparation of mosques and the washing of carpets and walls with rose water as the month of Ramadan approaches.

Those in charge of mosques at all levels are keen to keep the mosque clean all the time, especially with the approach of the month of Ramadan and during it, the floors, walls, carpets, basins, and ablution places are cleaned in the mosque.

A special Ramadan in Istanbul

With these preparations and decorating operations, Istanbul promises its visitors and people a special Ramadan month that compensates for the deprivation that has been imposed during the past two years, ready to perform various prayers and worship in the hope of acceptance.

Lifting the restrictions imposed due to the Coronavirus pandemic will lead to the return of the social and symbiotic manifestations that prevail among Muslims, especially since Istanbul has become an incubator for Muslims from all countries of the world.

Other News
Calendar of exhibitions in Turkey during April 2022

Find out through Imtilak Real Estate company the list of the most important exhibitions in Turkey during April 2022 and...