At a time when health systems around the world are collapsing, Turkey has demonstrated its tremendous potential in its health system by opening the largest medical city in Europe

Turkish President Recep Tayyip Erdogan said during the opening of the largest medical city in Europe that Turkey has established ten medical cities, and that it plans to complete another eight by the end of the year.

The president added during his speech in the  Basaksehir Medical City in Istanbul city, that the Turkish state is determined to raise Turkey to the position it deserves in the new world order that will emerge after Corona, he also stressed that Turkey has demonstrated its strength at a stage when many international institutions have lost their capabilities.

The Turkish president indicated that when they laid the foundation stone for the medical cities, some skeptics rushed to doubt the success of these huge projects, but the help of Allah was on their side, indicating the efforts of Turkish contractors and foreign partners in completing the project.

"We have to realize the importance of these hospitals, at a time when health systems are collapsing in many developed countries, and people are dying in homes and hospital corridors," he added.

He pointed out that Turkey has achieved its self-sufficiency, surpassing many countries, through intensive care units, medical equipment, and the aid provided by Turkey to many countries.

In his speech, the Turkish President stressed that the medical cities across the country will play a leading role in developing medical tourism through the advanced medical equipment available in these medical cities.

"Establishing medical cities was my biggest dream when I assumed the position of prime minister in the country, and we give importance to the health sector walking on the steps of the Ottoman Sultan Suleiman the Magnificent," he added. 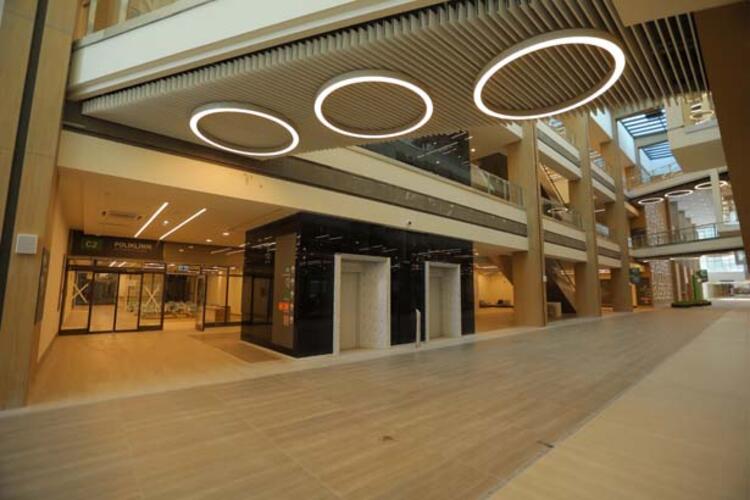 Erdogan pointed out that Turkey now has a large fleet of ambulances reached 5,400 vehicles, in addition to 19 helicopters for medical services.

He also indicated that the number of workers in the health sector in Turkey reached one million and four hundred thousand people, indicating that his government has allocated ₺190 billion to the ministry of health in the 2019 budget.

The number of beds in medical cities reached more than 16,000, and they still receive patients and provides them with health care.

NASA exhibition kicks off in Istanbul

Turkey came second in the world in terms of the increase in apartment prices, according to a report issued by the Intern...