Six years ago, work began on the construction of the Grand Mosque of Çamlica, at the top of the highest hill in Istanbul, also known as the "Çamlica Hill" in the Asian side of the city

Six years ago, work began on the construction of the Grand Mosque of Çamlica, at the top of the highest hill in Istanbul, also known as the "Çamlica Hill" in the Asian side of the city.

With great effort and hard work, this huge mosque was opened a few days ago, to be a new lighthouse to illuminate the skies of Istanbul and the hearts of its believers. 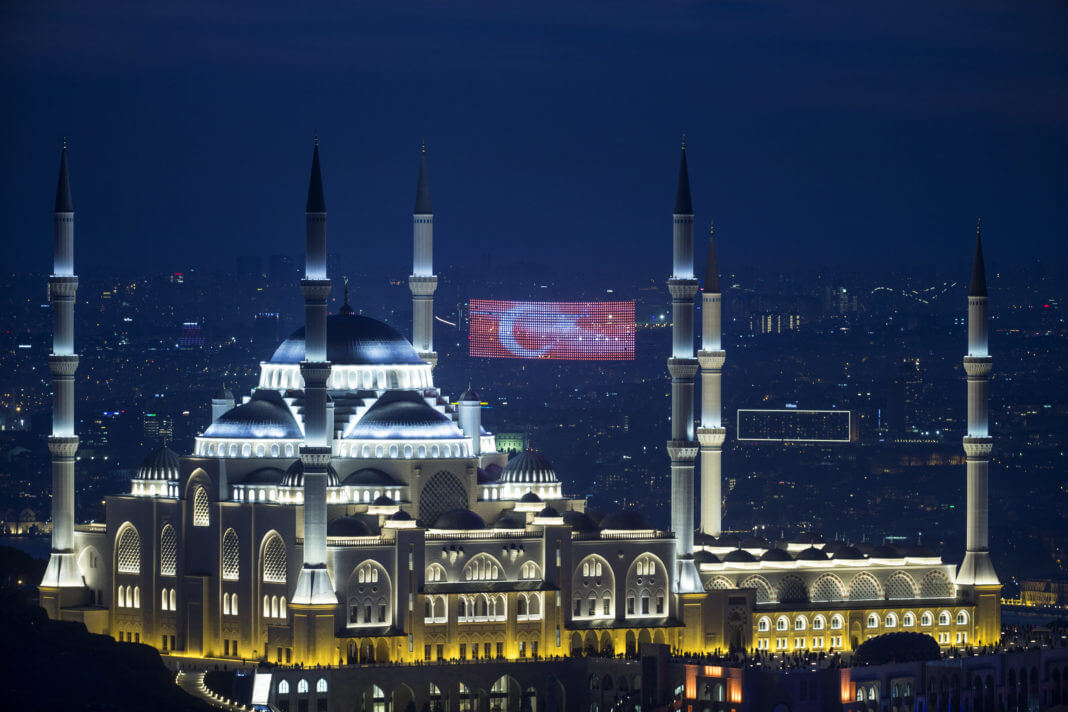 The Büyük Çamlıca Camisi Mosque has opened four days ago, after a six-year wait, which set its first foundations in 2013 to receive 63,000 worshipers.

Turkish President Recep Tayyip Erdoğan opened the mosque after Friday prayers 3 May 2019 corresponding to 28 / Sha'ban 1440H in a ceremony attended by important delegations from several countries, and with the participation of a large number of citizens who came with a longing to attend this great scenery.

The mosque was designed perfectly in every way, and it showed the magnificence of buildings and the great Ottoman mosques.

some symbols of dimensions and lengths symbolized important Islamic symbols and gave certain historical and Islamic meanings, as well as the numbers of balconies and others indicated signs that known in the history of Muslims and Turks, including:

The remaining minarets were two balconies and 90 meters long. 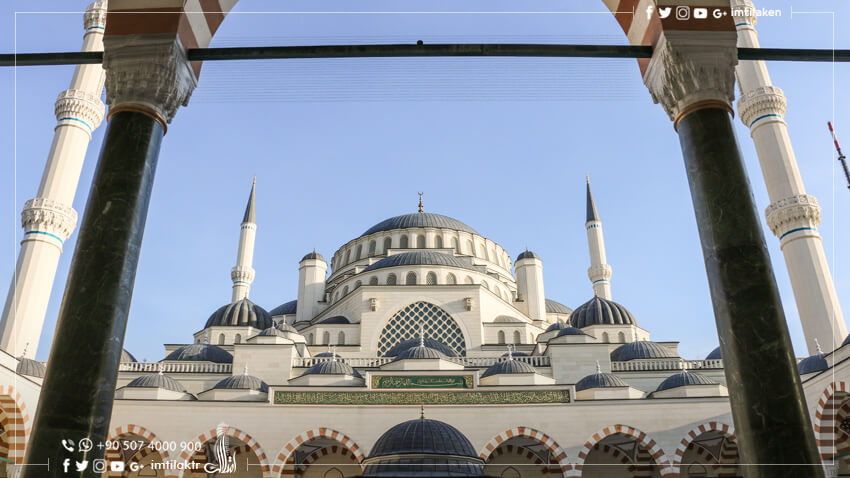 This mosque has thus achieved an amazing spatial and structural prestige and magnificence, and its construction have records that are commensurate with this structure.

In the opening of the mosque, Turkish President Recep Tayyip Erdogan raised his hands to heaven, calling on Allah for goodness and peace of the Islamic world, and welcome delegations who came from different countries to witness the opening of this great Islamic edifice.

President Erdogan also congratulated Muslims on the occasion of the holy month of Ramadan, which Muslims waited 11 months eagerly, and asked Allah to accept the prayers in this blessed month and to respond to the obligations and to be a good month for all Muslims everywhere.

Earlier on Thursday, March 7, at dawn, the minarets of the Çamlıca Mosque witnessed the first azan after it was completed and ready for opening with the presence of a large number of worshipers who came to the mosque for its first prayer.

Increasing demand from Saudi Arabia for medical tourism in Turkey

Turkey rises two places in the world tourism list and is fourth for 2021, according to a report issued by the World Tour...

Turkey ranked seventh in the world as the best country to live and work, according to a survey conducted by the British...