Antalya's real estate records unprecedented sales to foreigners during the seventh month of the year, with expectations that foreign sales will increase by 10,000 apartments by the end of 2021

Turkish real estate continues to occupy an advanced position in the increasing demand for it, according to the latest update of official statistics issued in this regard, as the number of Antalya apartments sold to foreigners during the first seven months of the current year 2021 AD: 4,921 apartments, achieving the highest number of sales for the months The first seven in the history of apartment sales to foreigners in Antalya.

Sales of foreigners within apartments in Antalya during the first seven months of this year increased by 48% compared to sales for the same period last year 2020. 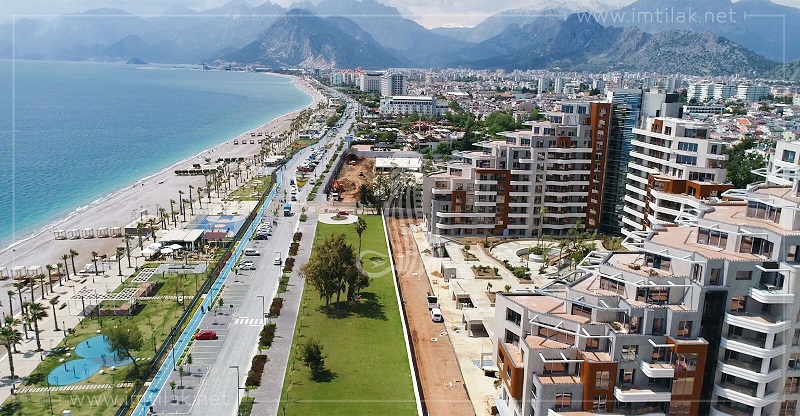 Commenting on these figures, Mr. Salman Ozgun, Chairman of the Board of Directors of one of the major construction companies operating in the Antalya real estate market, said:

"We have seen a great demand of real estate investment by foreign investors this year, and there is no doubt that Turkey's great success in dealing with the pandemic at all levels has had a significant impact on this turnout."

Ozgun added: “Antalya has always been one of the most important attractive centers for foreign investors looking to invest in its real estate. It always ranks second in apartment sales to foreigners after Istanbul, in addition to being a tourist city that occupies a global position with the beauty of its nature, beaches and mild climate, and it is also possible to fly to it directly from many international destinations. These and other reasons have made Antalya one of the preferred destinations the foreign real estate investor.

In another aspect of his speech, Ozgun added: “The sales of foreigners in Antalya during the first seven months of this year achieved a real achievement, as the percentage of sales in the seventh month amounted to 51.4% compared to sales in the same month last year. We expect sales to continue to increase during the remaining months of this year, and to reach 10,000 apartments by the end of 2021.”