Showing the Turkish government's determination to complete Canal Istanbul on time, Turkish President Erdogan: Canal Istanbul will be the hope to save the city's future.

Turkish President Recep Tayyip Erdogan stressed that the Istanbul Water Canal will be a project to save the city's future. He explained that the canal will contribute significantly to solving the problems of ship movement on the Bosphorus, as well as preparing against earthquakes.

Constant determination of the canal project

Erdogan said in a speech on June 30, 2021, in the capital, Ankara: "Turkey will implement the Istanbul Canal project, like all other projects and service works that have been implemented before."

He continued, "We believe that this project will make a significant contribution to solving the problems of one of the largest cities in the world and saving its future, such as traffic in the Bosphorus, and earthquake preparedness."

Erdogan indicated that he laid the foundation stone for the first "Istanbul Canal" bridges, to actually start implementing the Istanbul Canal project.

He stated that his government aims to complete the Istanbul Canal project within 6 years and put it into service.

According to the engineering plans, the canal will connect the Sea of ​​Marmara and the Black Sea in the European part of Istanbul. The canal will be 45 kilometers long, 20.75 meters deep, and at least 275 meters wide at its base. 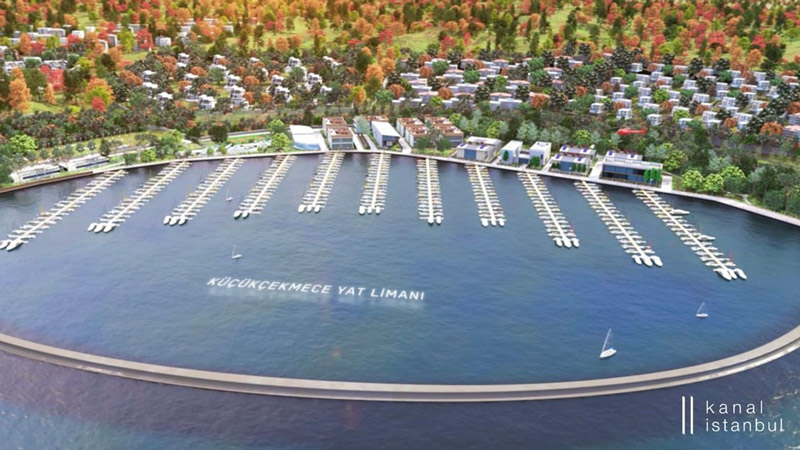 The goals of creating the canal

The Istanbul Canal project aims to:

It is planned to establish a modern earthquake-resistant city on the banks of the Istanbul Canal, according to the horizontal architecture style.