The number of properties sold during the first four months of this year in Turkey amounted to 995,595 properties, and the volume of income resulting from the title deed expenses related to the sale of the aforementioned property increased to 10 billion and 475 million and 887 thousand TL.

According to data issued by the General Directorate of Land Registry and Real Estate Survey in Turkey, the number of real estate sales in April of this year reached 291,739 sales.

The figures recorded the sale of 71,845 properties of other types of real estate. 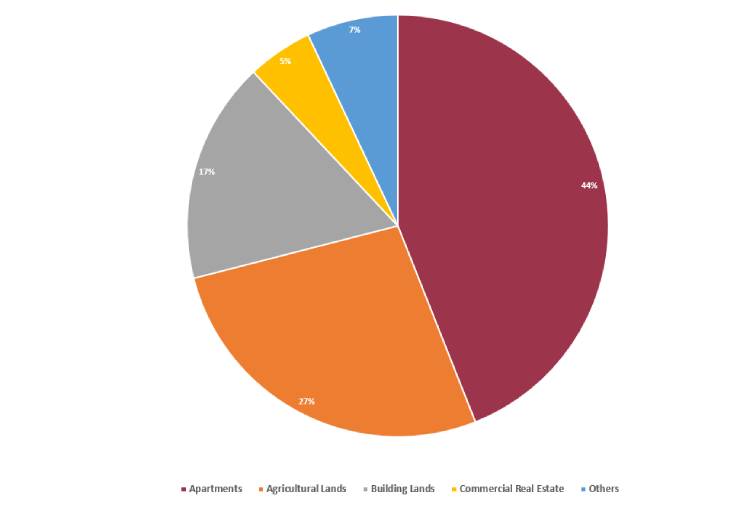 Istanbul is at the forefront of Turkey's most selling real estate

In the details related to the distribution of real estate sales to the Turkish states, Istanbul ranked first among the states selling real estate during the first quarter of this year, with 134,764 properties sold.

The first eight ranks among the states selling real estate during the first quarter of this year were as follows:

The prices of new homes in Turkiye last August witnessed an increase of 89.18% compared to the same month in 2021.